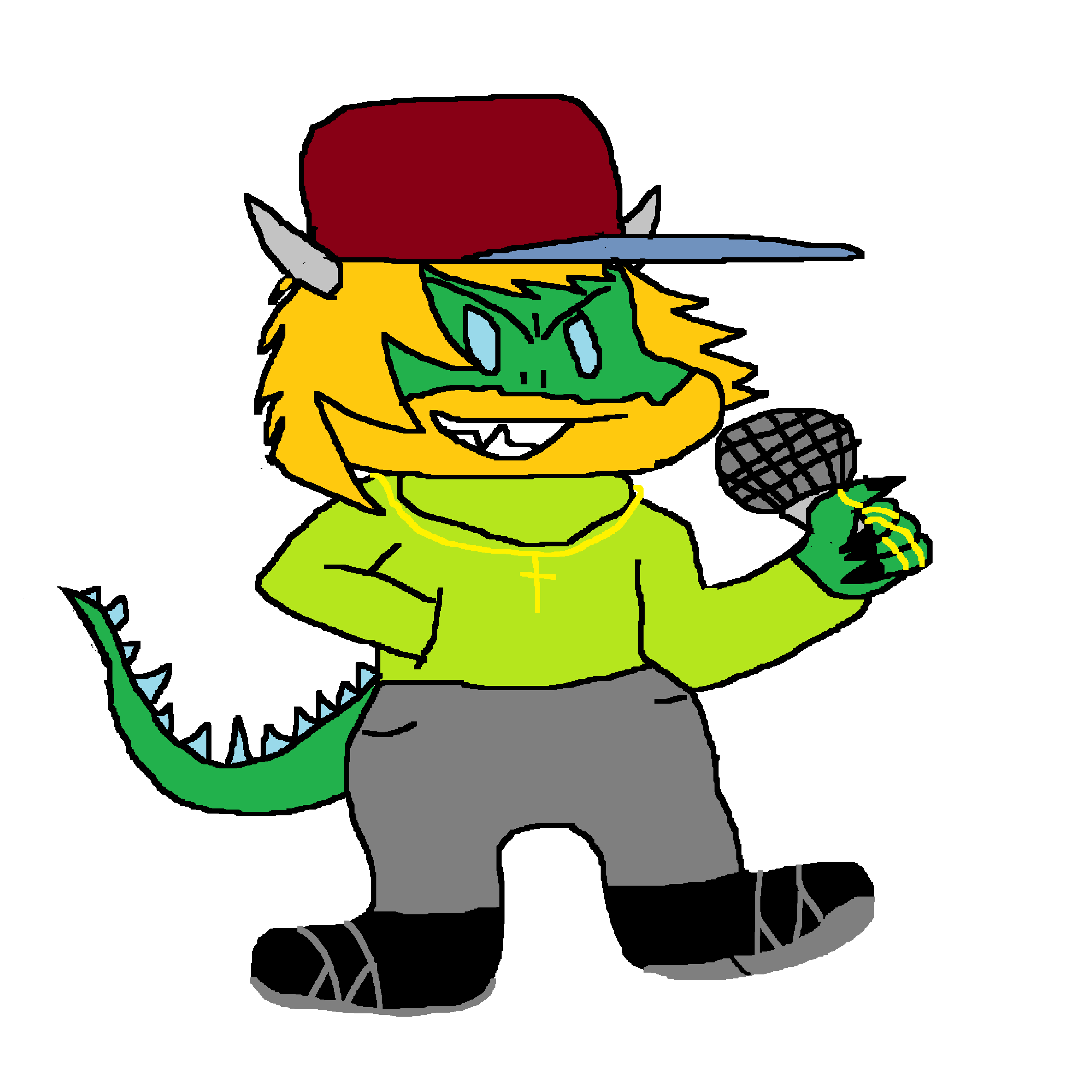 This is grinnimator, he is an upcoming rapper and producer, based on the artist under the same name, he is a human,dinosaur,godzilla hybrid (Not a Furry) he loves to produce and make hiphop songs. Grinny (Short for Grinnimator)

is also a gaming YouTuber, under the alias "GrinnimatorGames" but also owns another channel called "Grinnimator Music" where he posts his music. Born on May 10th of 2000, making him 21 as of now. His favorite hobbies are Gaming, Music Production and Sleeping.