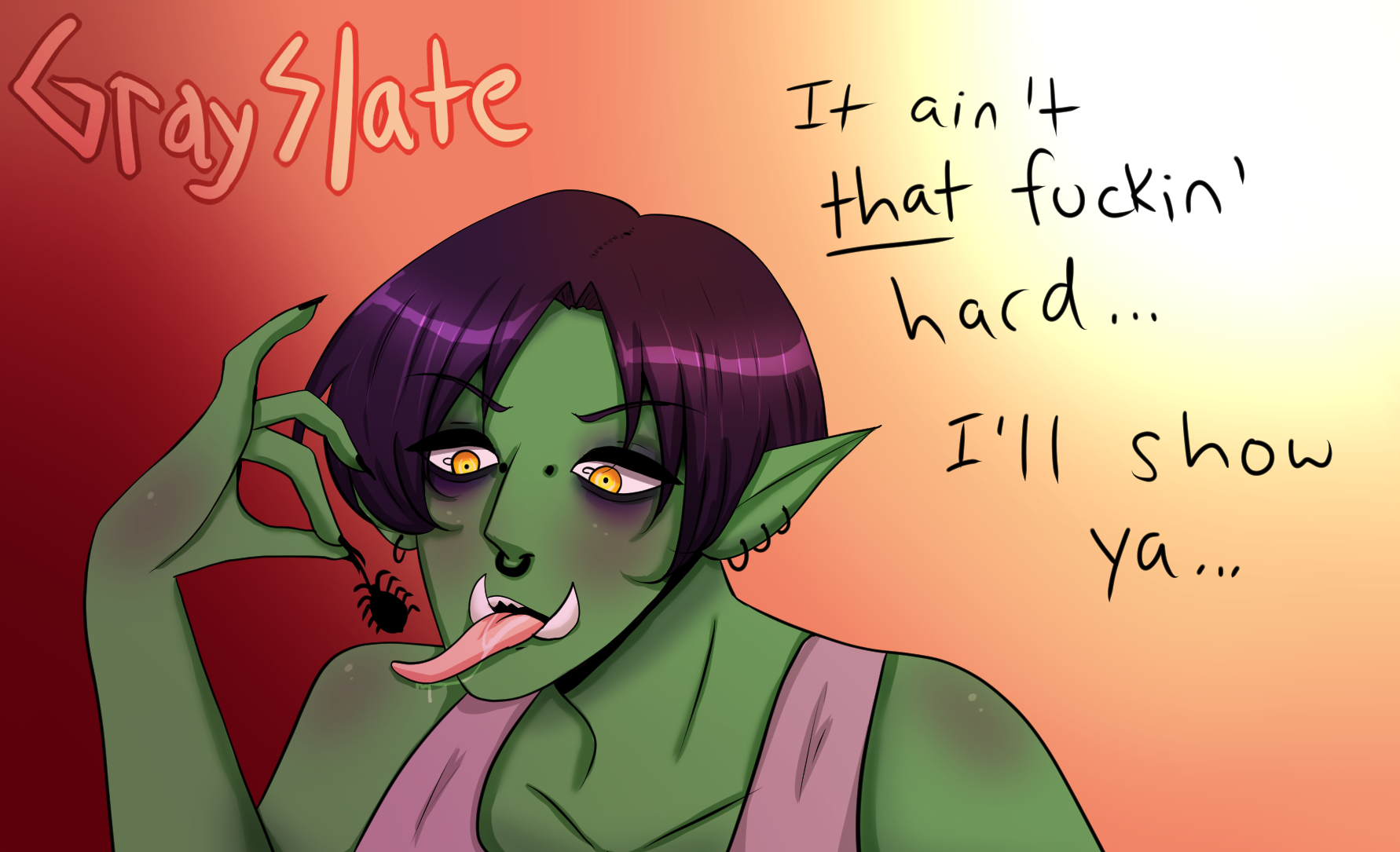 what the FUCK is up Kyle

No what did you SAY dude, step the FUCK up!

Okay this PV is comin along fine, but I want to take breaks from it so I don't get burned out from seeing the same thing over and over (case in point, I'm almost 20 frames in to 50 some..)

I've been making some DnD characters with my friends that are actually gonna play the game proper with me, Kyle isn't the one I'm gonna use but he's related to the one that I'm using

Kyle is an orc who's lean muscle over being built like a tank like his brother. He has some nasty habits like eating bugs and not keeping his room clean. He plays in a band and although he is skilled, he likes the culture of fame and getting women to sleep with him because of it. He is aromantic, and although he isn't 100% incapable of feeling romantic attraction, it's very rare he'd feel that way towards someone and it would take an act of god to get him in a steady relationship. Kyle has many FWBs but so many come and go that he doesn't really keep track of them anymore. What he lacks in romantic attraction he makes up for in being a huge pervert. He describes himself as hetero-flexible and will try to get in the pants of any chick (sometimes dude) he comes across. Despite his personality being the stark opposite of his brother, he defends him to the death and thinks he can do no wrong. Kyle even acts as his wing man trying to get his bro dates when they go out. Kyle just lives for the carnal pleasures in life and his brother.

That's about what I have on Kyle! I really like how he turned out ^^

I'll be finishing a drawing of Kyle's brother soon, I have to have a ref of my main DnD character anyway lmao