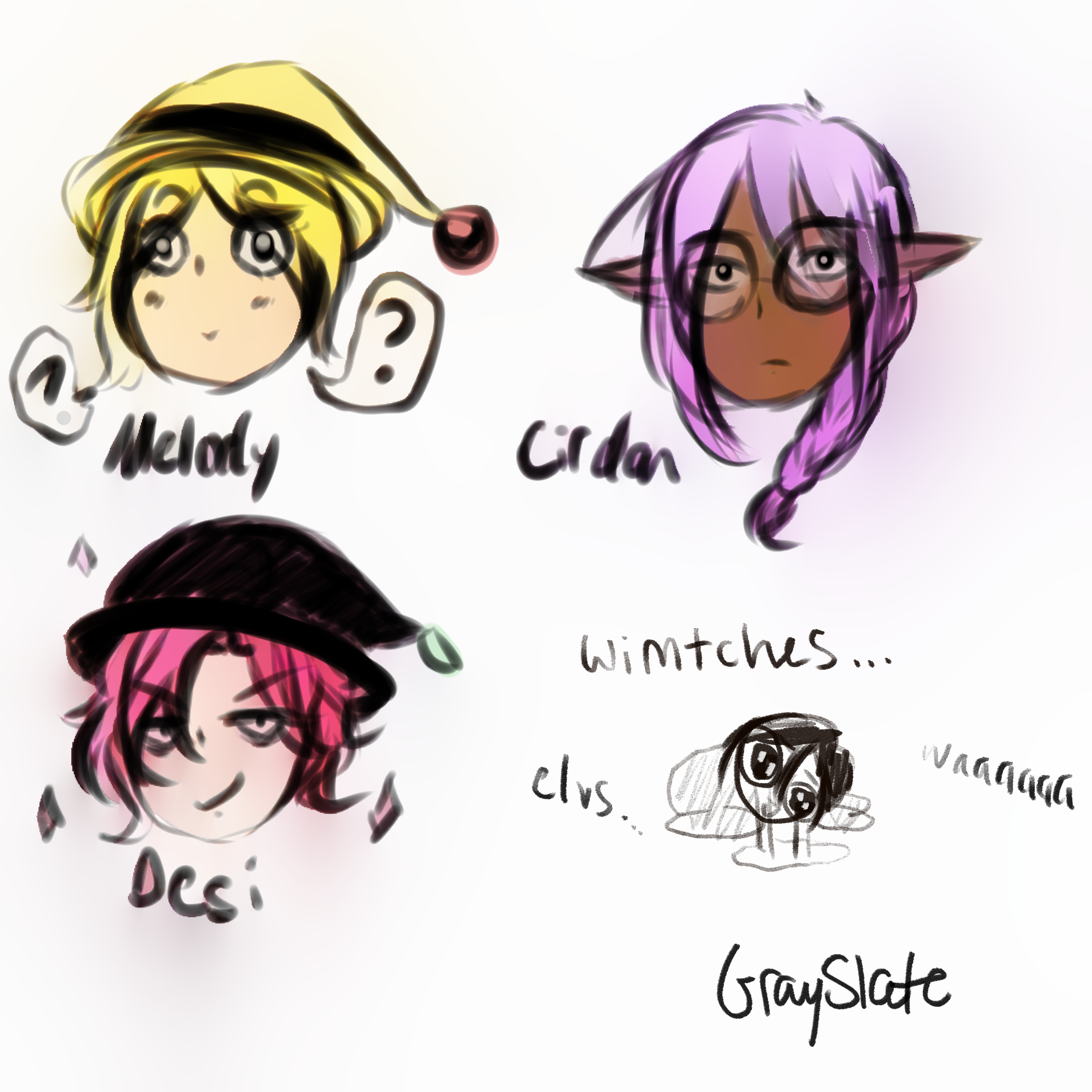 I won't go too in depth on any of them mostly cause I don't have anything of note on them yet but also cause I wanna hold off on that til they have refs proper, but I will give overviews

Melody is not very bright and it's a wonder she can do any magic. She only has about her looks. Despite not being very smart, she is very kind and has a high emotional intelligence. She can be quite strong in her attacks when she's focused but she doesn't like to get into much conflict.

Desi is very small in stature and a self-identified trap, femboy, effeminate man etc. He dabbles in much darker magic than anyone else and seemingly has no fear or remorse towards anything. He is very cheap and a known con man who will do anything in his power to pay the least amount of money for items, if any at all. He prides himself on being able to seduce anyone and has a hardon soft spot for orcs. Desi loves to be the center of attention and takes the spotlight a lot of the time.

Cirdan is an elf that grew up very educated and accrued a lot of knowledge, general and magical. He is soft spoken and reserved most of the time. He is a healer and thinks very rationally and logically. He is with the group in the hopes that they'll see the world and he can keep gaining new experiences.

I might add more characters to this group later, toying with the idea of adding a very docile Orc to them