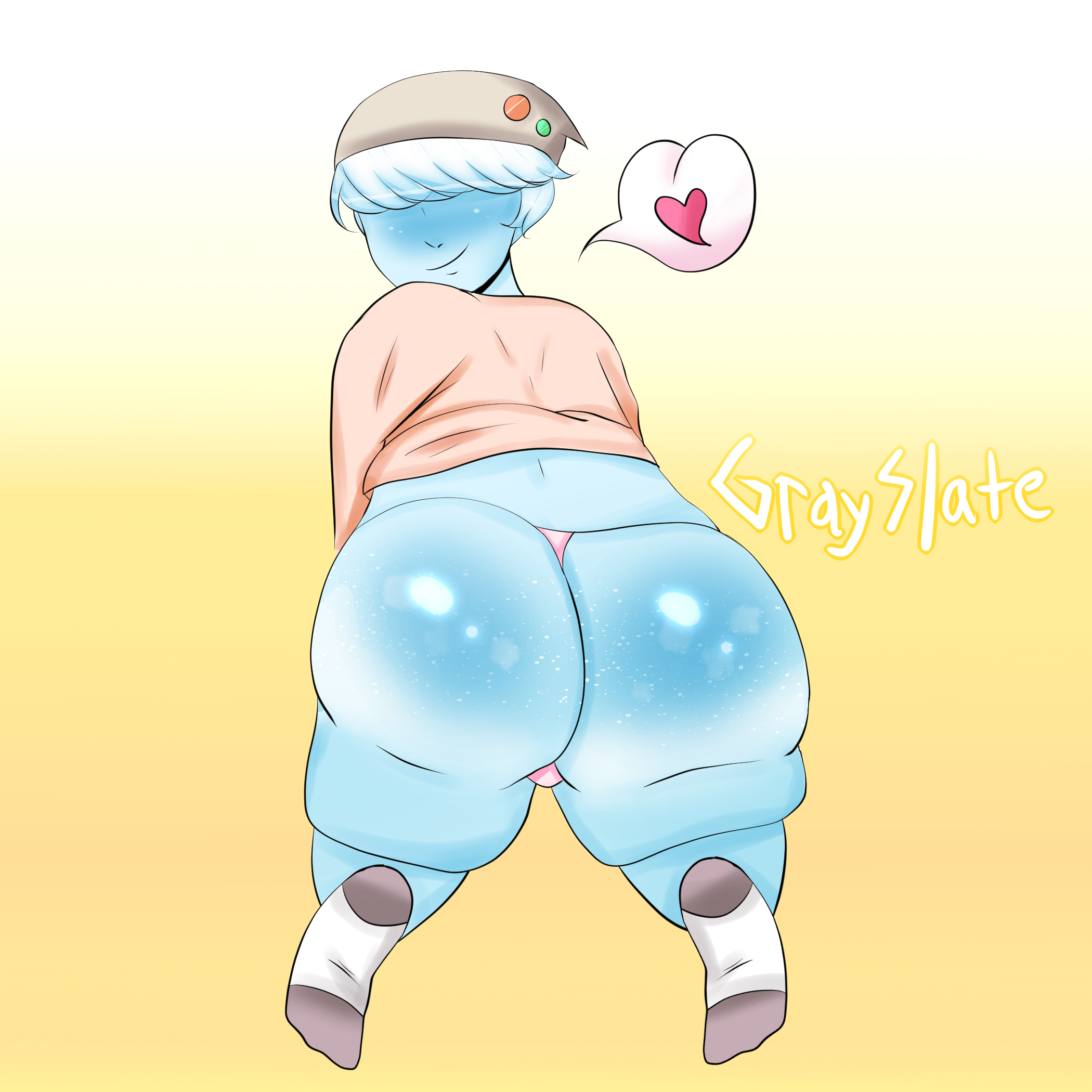 Remember Dumpy? Well, this is him now!

I named Dumpy Aureus! It's Latin for Snowflake, according to Google

I had a sketch for this originally that I didn't like as much, so I used a reference image for a second take. Only thing that sucked about it is that the lady in the reference image didn't wash her feet before taking the photo which was...disgusting to say the least, when you know you're doing a photo shoot the least you can fuckin do is take a washcloth to them

If I put socks on my characters I won't have to look at feet images and can just stretch fabric over the toes...ugh I fucking hate feet

Aureus is 5'3" and somewhere around 200 lbs, about 70% of that is just his astronomical behind. He fits best in 2XL clothing and often has to get things tailor made just to fit around his booty. He's an ice demon that takes up residence in the Névé District, an early circle of Hell well-known for its eternal winter climate. Aureus finds the temperature and weather ideal, plus he's got so much padding on his body that it keeps him warm. Despite being very soft (especially on the posterior), Aureus isn't easily offended and he is well aware of his bodily assets. He wears his larger than life rear as a badge of honor and doesn't mind when people stare.

His parents are actually stick-thin so it's a bit of a mystery as why Aureus got so big; he never overate or ate too many unhealthy things and has no conditions that would make him gain like that, so it's all left up to genetics at this point. Still, his parents are highly proud and supportive of their son.

Aureus is in a very happy romantic relationship with Viridium (I named him too). Vir found him on a stroll through Névé and obviously had to talk to him, what with him being double cheeked up on a Thursday afternoon and all. The two are extremely attracted to each other and will probably never leave their honeymoon phase.

Aureus has a human disguise with orange hair and pale skin, which he sometimes brings out in Hell, but usually only sports it when taking trips to Earth.

Fun fact, if you spank or jiggle his ass cheeks, the snow on them disperses like a real snow globe!

I'm pretty proud of how this turned out, can thank the reference image for that and some feedback from friends. I was a bit nervous I don't do huge asses as much justice as huge tiddies but I think branching out in this way was successful

That's about all I have for now, so enjoy my thicc shorty ice boy!

Also I filled in over the shading when I was adjusting colors for the human design so the shading disappeared so...whoops!

More versions (though I couldn't fit as many here:)