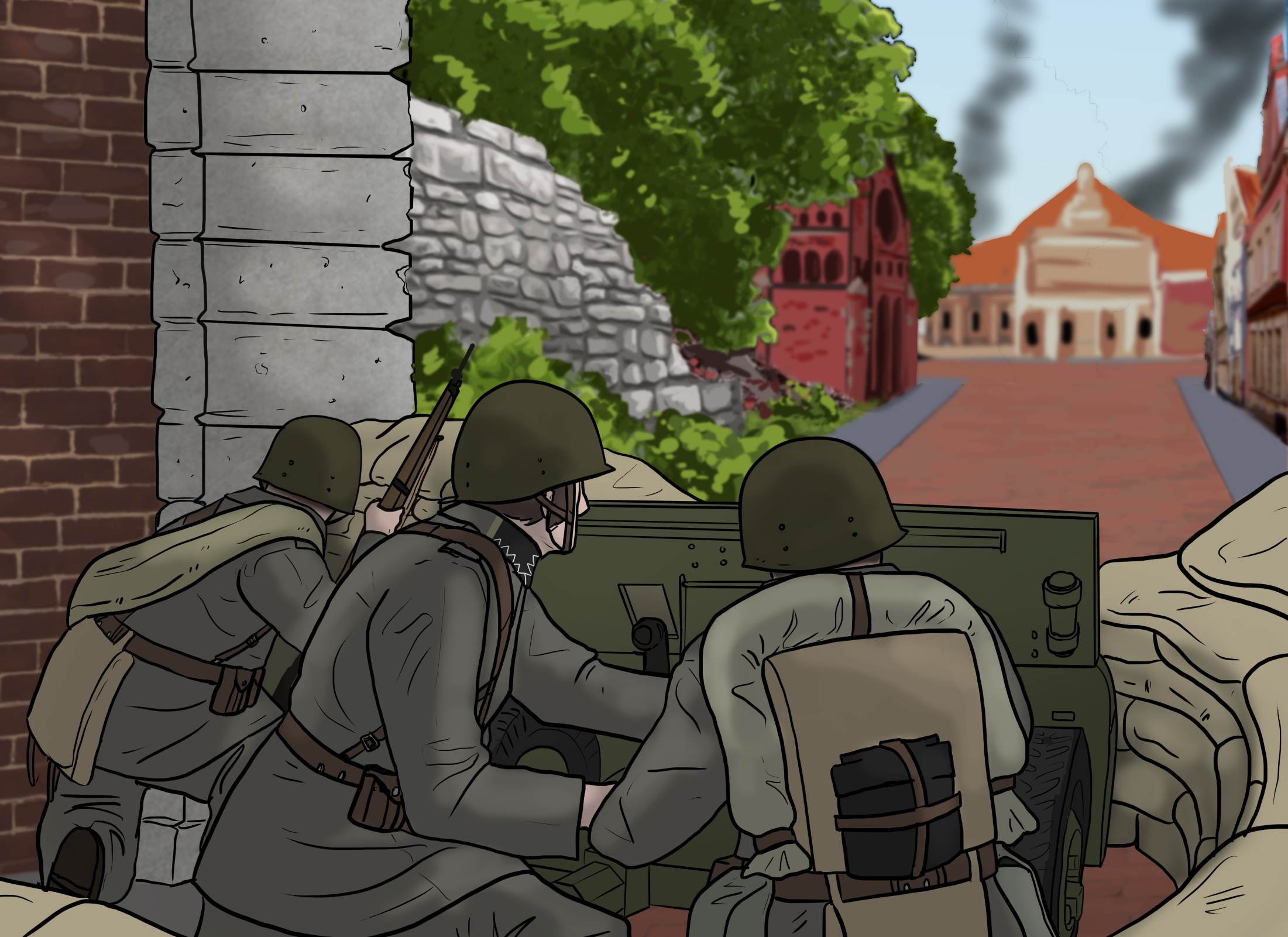 Started on this. And when I got to the BG I was uninterested, so I did a lot of heavy photo manipulation and coloring over and just called it quits. I was honestly debating just leaving it black and white

Pokeltan (Polish) AT gun prepping to engage the oncoming Skandish army in the opening days of the war. Pokelta had diverted a majority of it's orcish units to face the incoming Soviet rush, and it's humans to the Skandish theater. THe idea was the savagery of the soviets would be equally countered by the savagery of the Orcs, and being a orc dominated nation would deal with the biggest threat before slowly sending units back to the opposite side of the country to assist there. Iczkozan units would cross into the country to send up units to aid on the weaker Pokeltan flank facing the Skandish to shore and buff up the defending army there. Pokelta, having prepared for the eventual war to come in the North, had set up clusters of concrete fortifications around their country. They'd fight for every inch they could, taking up positions to kill as many, before abandoning and retreating. It would continue like this for some time, with some successful counter attacks and offensives before eventually succumbing to the 2 front theater.

Outnumbered, and with it's only ally in the region, Iczkoza, the armies of the two nations would flee south, before being picked up by the Eucadian Empire and being reformed to liberate their countries.