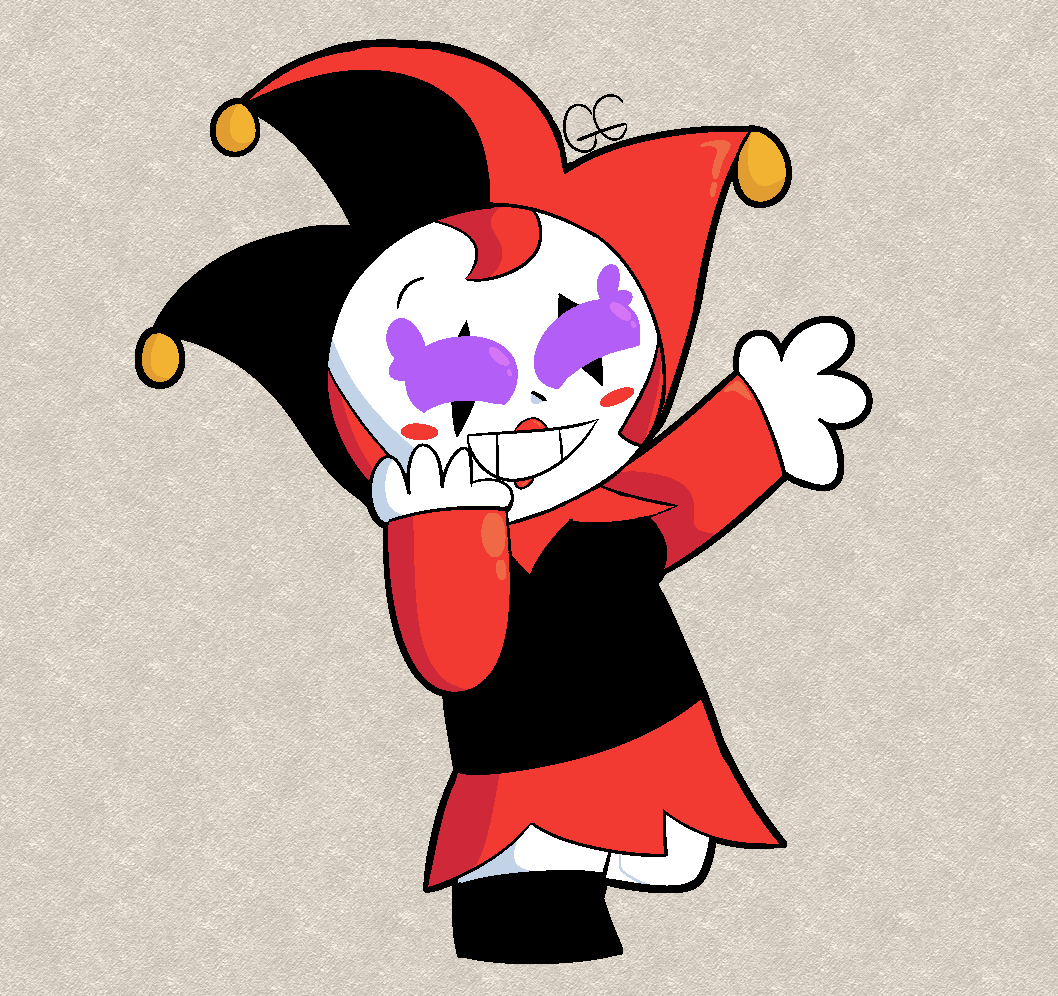 she may not look like it but she is a gnome and a bard :))

remember the joker's backstory? yeah, that wasn't me at all. i had a good childhood, my parents didnt do anything bad just kidding my dad once went to clown jail for replacing the water in his trick flower with fire. that was a real mistake on his end but he hasnt made it since.

at one point the amusement park got a new owner who made it a living hell for nearly anyone who works there. i would say they're also harsh towards gnomes, but gnomes are banned from even attending, so i guess i learned those instruments for nothing

now that i'm unemployed, i have no idea where else to go, so i guess i'll just do about anything to achieve my goals