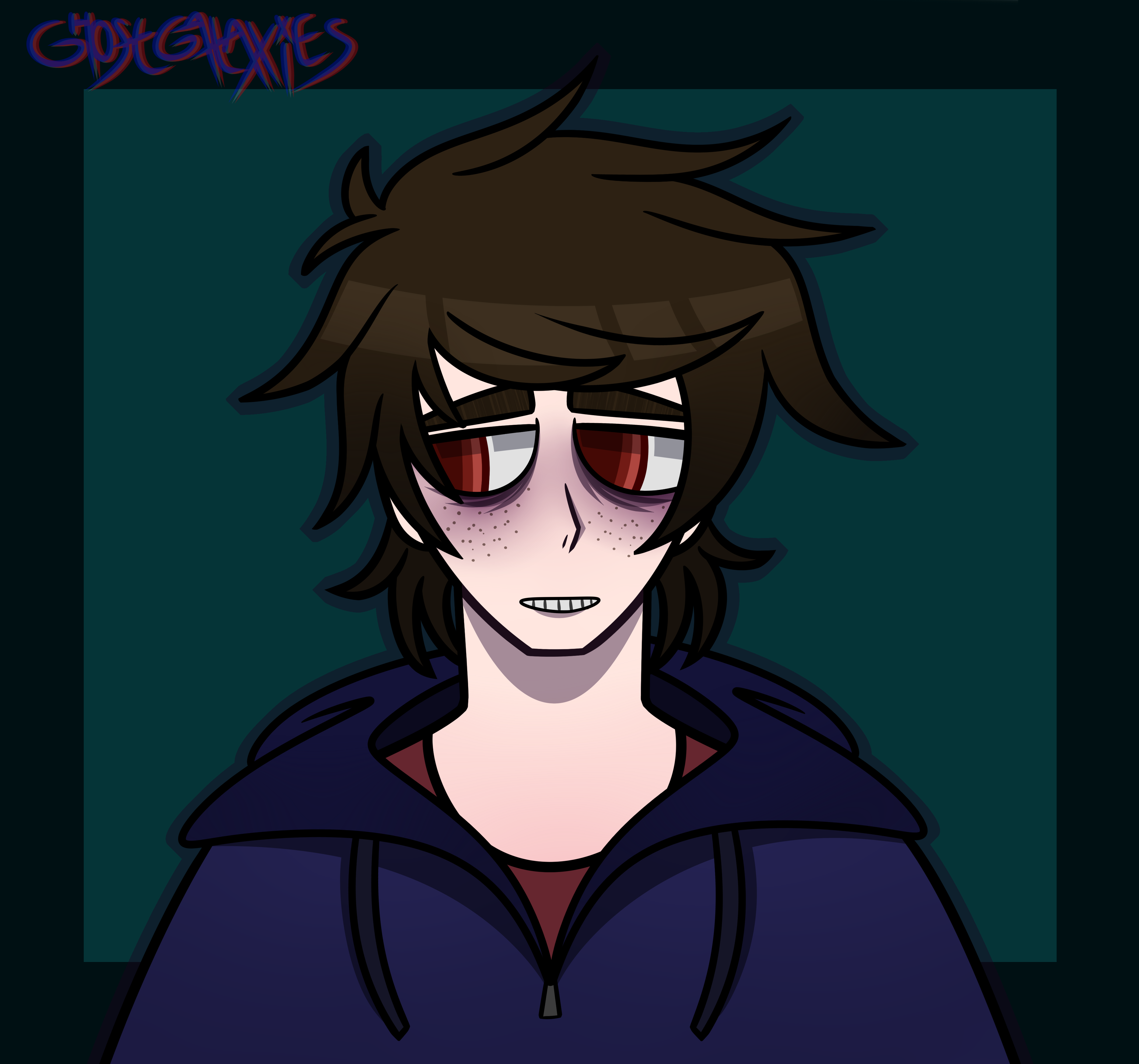 well the drawing has good clean line-work, the shading is alright and the colors are nice although there isn't much detail to the clothing, leaving the drawing feeling bland and empty. The way you draw the eyes are very stylish, i like it and the purple gradient really adds to it but everything else is quite generic.

The shape of the hair is nice but the way you did the lighting feels quite cheap and lazy, there isn't much difference between this and your other characters, there's more than creating a character than it's cosmetics. I also noticed most of your drawings have them looking to the side, not that it's a problem but it feels like something i should address.

Every character you draw feels too similar to one another, the way you draw the nose, eyes, the mouth, there isn't much variety. I know you can draw whatever you want but i gotta say you have potential and it doesn't seem like you're pushing yourself hard enough.

thank you! I know I gotta start making my characters more unique and it's something I'm working on.