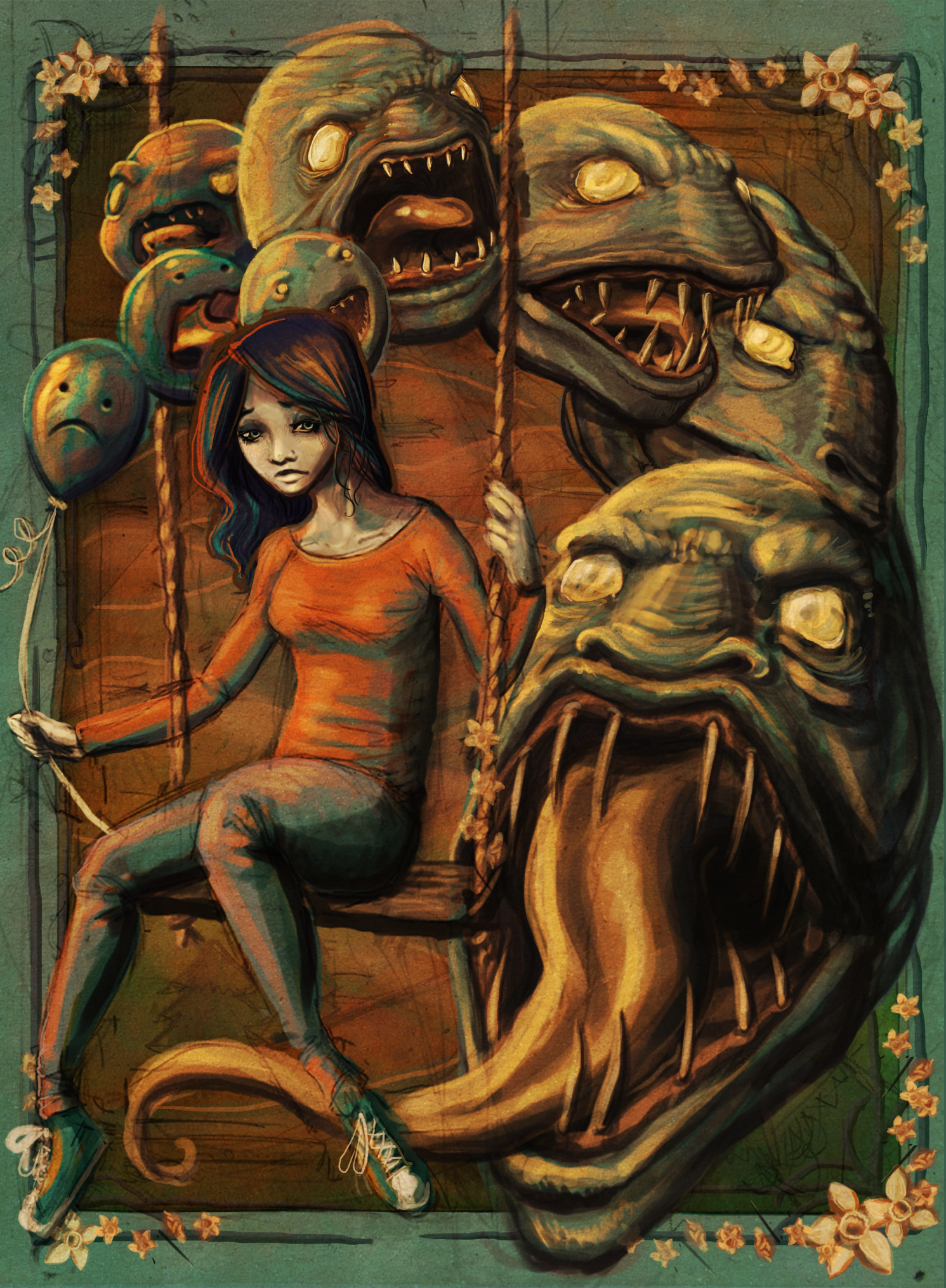 Done as part of a narrative art project for class.
Basically, the balloon represents the girl's loneliness, which grows and grows until it consumes her.
I cannot even begin to describe how much fun this was to do.

Some text of the girl's inner thoughts, as they shaped this monster, might have enhanced the idea even more. But it's a great concept.

Like you break the board of our realm into something magnificent and imagenary.

I've looked at all your pictures you have posted on here and first of all I think they are all great, there's not one that I don't like. But this one is by far my favourite! I love your drawing style and your use of colours. You rock hope to see more from you!

Thank you! this is one of my favorites (though it's hard to choose) as well. :D

Loving the framing the cools use around the hot colors. I also like your stroke work, and no, that's not a come-on.

wonderfull one issue tho

I really can't say anything that hasn't been said. Though the complaints i'm seeing i don't agree with. My only issue is that the on right before the final form looks gentle, it seems sort of sad and caring. It's not that big a deal but it sorta messes up the metamorphosis. It's like the monster's having second thoughts before it decides to devour this girl, and it messes the feel of the image up. The fact that the one right before the feast is behind its previous and final forms makes it seem less threatening and hungry too. The fact that some of the others are behind each other even though they are the advanced form, to me, shows a sense of writhing and sudden growth in the earlier forms so it doesn't stagger the picture like the other one does.

That's all, hate to even tell you you screwed up a bit, but you did. It shouldn't take much to fix tho'; that is if it was done digitally.

now that you mention it, he does look sad.
the angry part of his eyebrow was covered up by the other one!
I'll fix it when i get a chance, thanks.