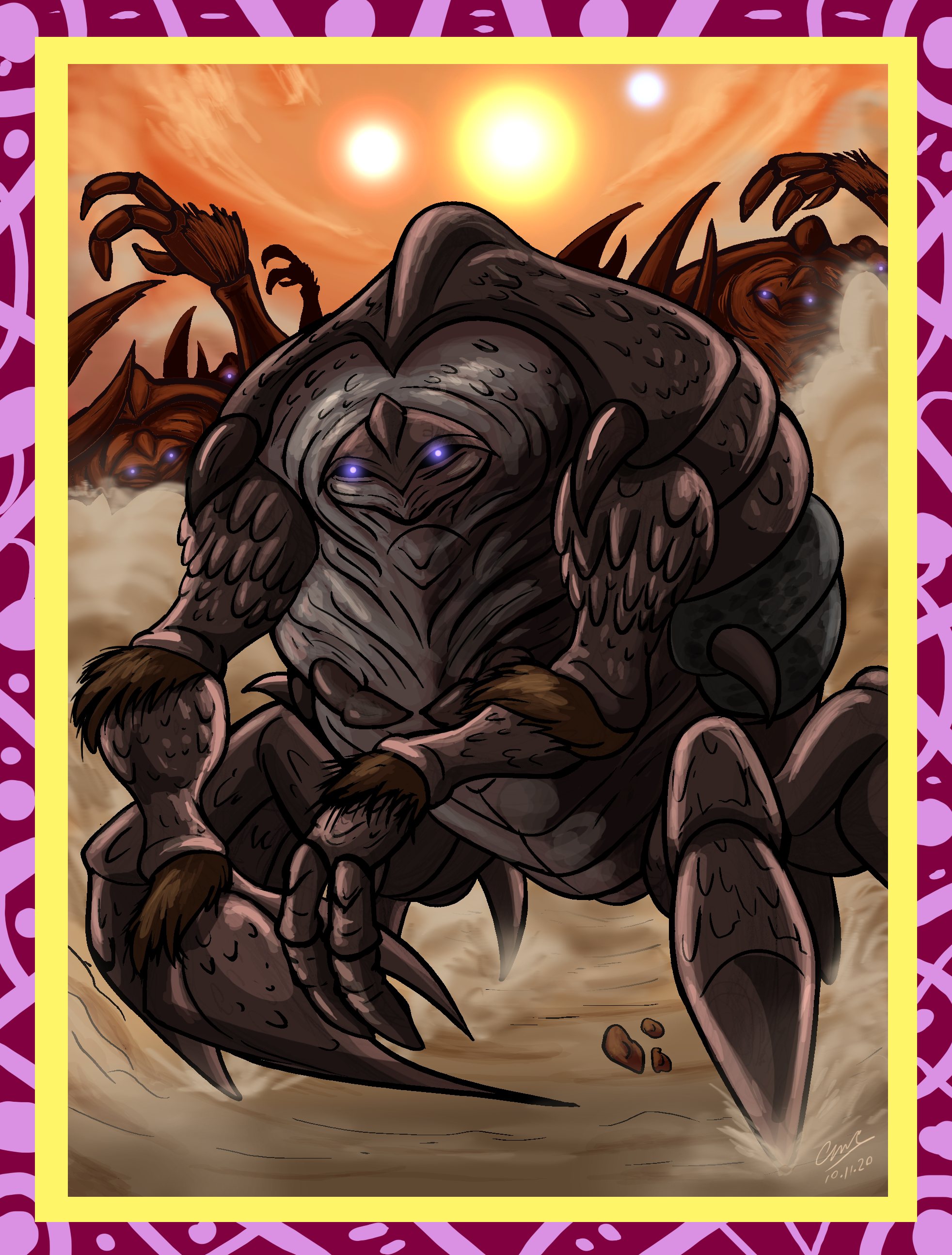 Last Monster Monday of October and we have the Skeksis enforcers on the lose: The Garthim.

The Garthim were the Skeksis new Soldiers after the Gelfling Rebel, following the revelation of the Essence Draining Process. They were based on Sea life forms native from the UrSkeks Home planet, and were created using the Biological fusion of Arathim Cadavers and Gruenak Tissue: in fact their name is a combination of the names of the subjects use to create the first Garthim.

The Garthim were the brain child of the "Alliance" between skekVar the General and skekSil the Chamberlain, it was provided to the Emperor, who ordered the Scientist to create them. As the Skeksis fought in the 2nd Battle in Stone in the Wood, skekTek, already under stress of all the abuses, killed his Gruenak slaves, who rebel, and use the Cadaver of one of them to complete the first Garthim, which was introduced to the Skeksis after they return from the battle, with skekVar among the casualties.

It is not known how the Skeksis mass produced without further Gruenaks, as only two were alive before skekTek killed them, and one was dropped the fire shaft, but the later versions of the Garthim would be empty Shells whose life was powered by the Dark Crystal itself. Once the new Army was assemble, skekUng became the new General and the Garthim Master, and these were unleashed to destroy the Gelflings in an all out war of Genocide, specially after the Prophesy was discovered by the Skeksis, though two would escape: Jen, who was saved by urSu, and Kira, who was saved by her mother at the cost of her life and later adopted by the Podlings. After the war, the Garthim were largely use to collect New Slaves or capture food for the Skeksis, who by this point, rarely left the Castle at all.

All life was extremely hostile to them and avoided the Garthim, though battles between The Garthim with creatures like the Mounders and Landstriders happened from time to time.

Many Thrine later, the Skeksis discovered Jen and unleashed the Garthim after him with little success: despite been engineer to be loyal and strong, their brute force is only overshadow by their sheer stupidity at times, delivering Aughra rather than Jen, and the Gelfling constantly escaping their claws at every turn. In the end, the Gelfling succeeded in healing the Crystal of Truth, and with their Power source cut off, the Garthim began to crumble into the empty shells they were.

if bionicle was real... i bet 5 dollars it would look like this