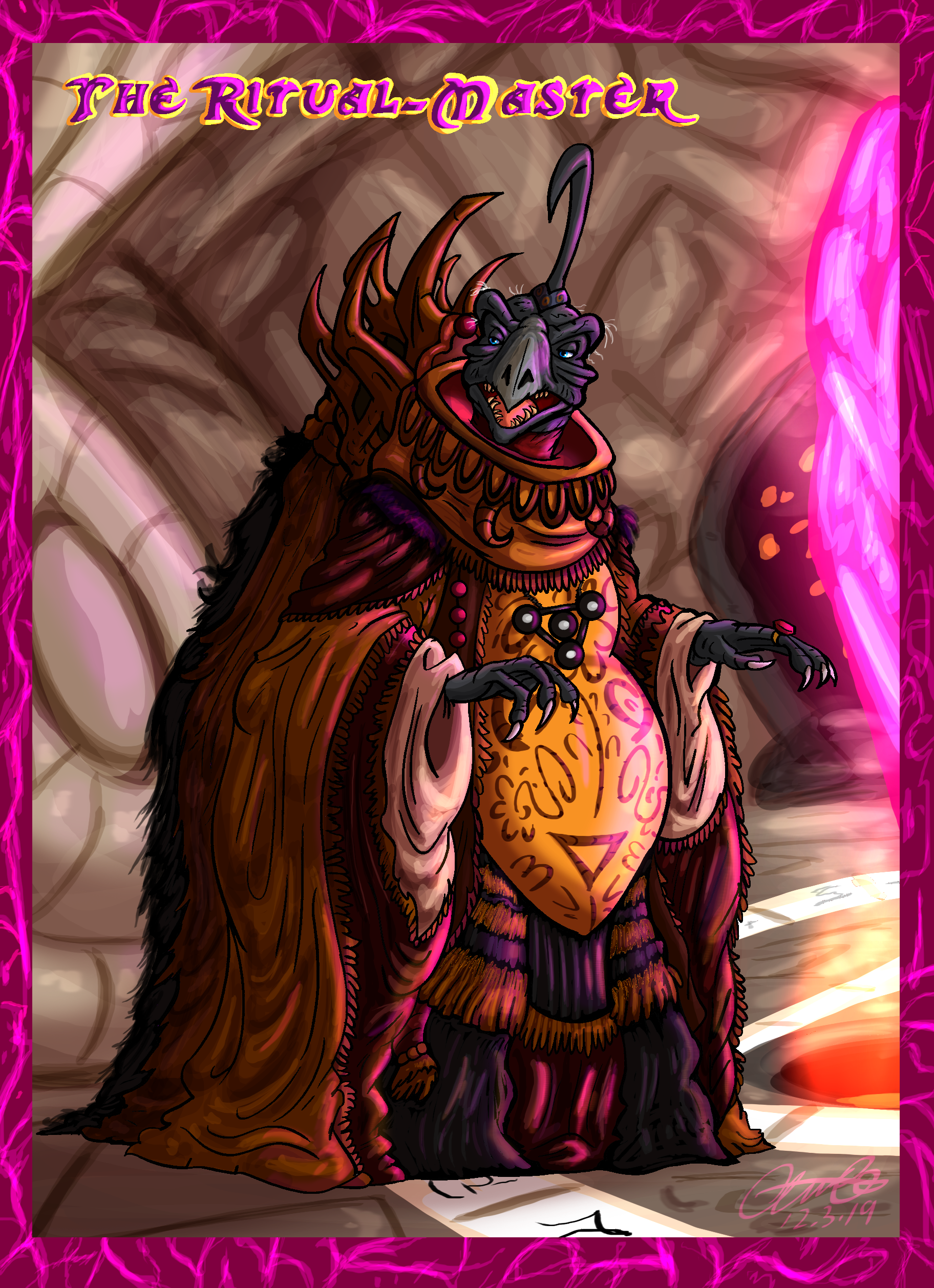 The Dark Nature of the UrSkek ZokZah, skekZok was in charge of leading the Rituals and Ceremonies in the Crystal castle. He was an arrogant and Prideful Skeksis who sought to manipulate the others with false prophesies, though the Skeksis would not believe him and would practice their own private rituals instead. In the later years of skekSo's life, the Priest had the ear of the Emperor. He was also the Skeksis's Law-keeper, which he put the others in place, though he rarely summit himself to these. He was identifiable for his elaborate robe, by far the more elegant looking of the Skeksis, and the Curve like protrusion on the to of his head (likely and ornament, as urZah did not have any crest on the top of his head) and was as well the tallest of the Skeksis.

He was particular sadistic, and always boast to have the proper Knives for the occasion to skin any Skeksis, though his favorite was Ocular Castigation, the Peeper Beetle been his most adore, as he punish skekTek with it (and likely skekNa as well, as it was used before).

During the events of Age of Resistance, he was an allied of skekVar the first General, skekAyuk the Gourmand and skekSa the Mariner (in the novels). By the time of the 3rd conjunction and with much of the Skeksis having died out (including skekSo), his alliance was left with skekAyuk and skekShod the Treasurer. He also sought to be Emperor, but was stop by skekSil the Chamberlain and skekUng the 2nd General/Garthim Master, the later becoming the new Emperor.

In the Dark Crystal Novel, though most of the Council accepted skekUng's ascendance to the Throne, skekZok remain displease and plotted with skekShod to dethrone the new Emperor, but this never came to be as Jen and Kira succeeded in healing the Crystal of Truth and reunifying the Skeksis with the UrRu: ironically thanks by the actions of the Ritual Master, who stabbed Kira with his knife. The action muster Jen's resolve to fulfill the prophesy and bring an end to the Skeksis Rule.

Spoiler: In Power of the Dark Crystal, skekZok is reborn when the Fireling Thurma cracks the Crystal, causing a 2nd Division. He assume control of the Crystal Bats who attack the Chamberlain, then plunge the Castle into Chaos. While been held in prison, skekZok discovers that the Crystal could be kept in its dark state forever, forcing the Skeksis one last push to defeat the Gelfling. But thanks to Kensho, Jen and the Mystics, they return to restore the Crystal. The surviving 7 Skeksis (skekSil/urSol having died) are restored to the true UrSkeks selves.