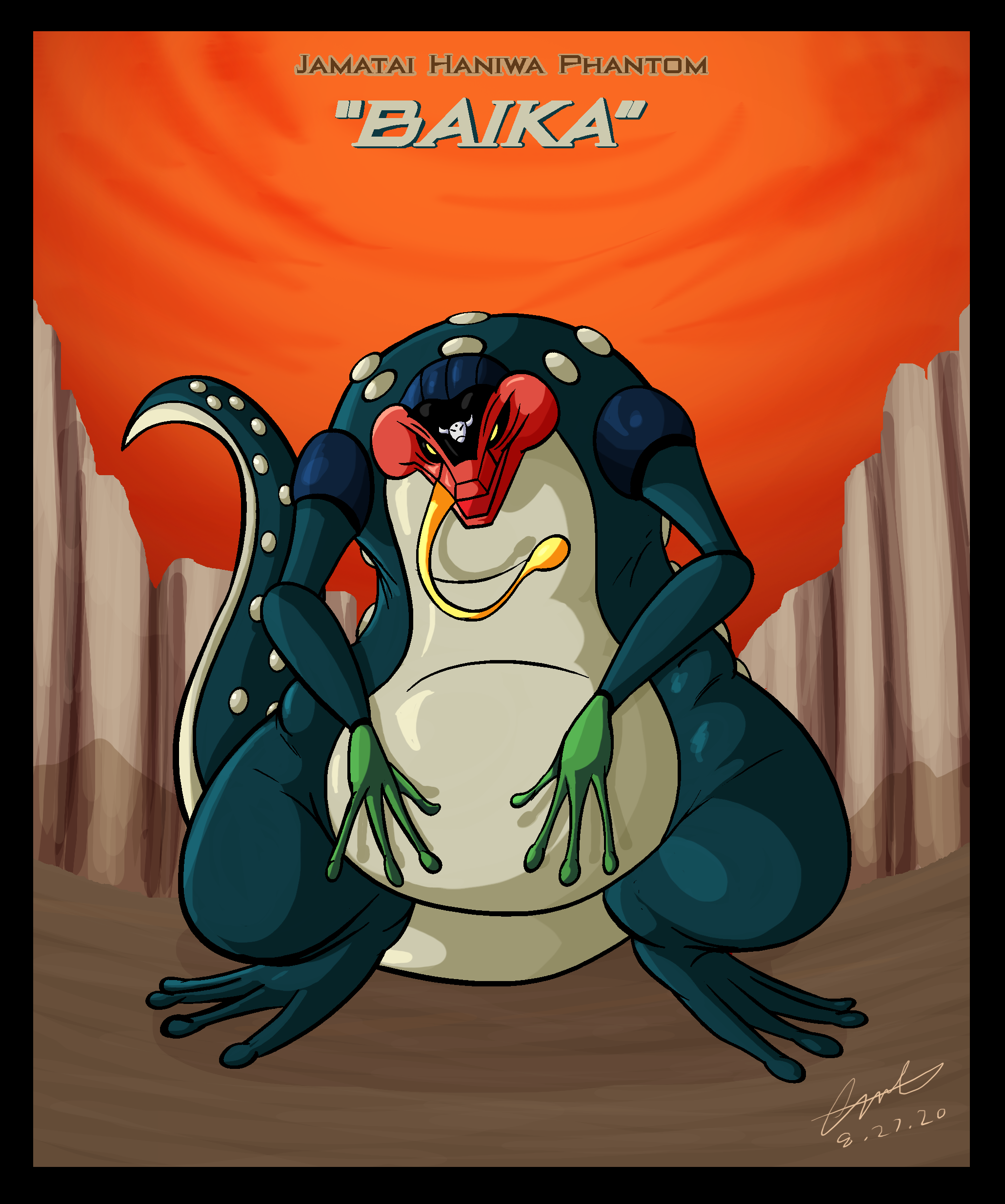 Due to the fact this is one of 2 Phantoms seeing in the same Episode, all Summary of Baika's actions are written on the Zaira pic in order to not needlessly copy paste the same Summary here.

Baika was a Reptilian Type Phantom seeing in Ep.20 of the Kotetsu Jeeg Anime and was Zaira's tag team partner, charge with distracted Jeeg in the first fight while Zaira attacked the kids (the latter been held back only by the MechaDon 2 and the Big Shooter). Baika was recalled after been damaged in the first fight and later repaired. During its second fight with Jeeg, Baika was finish off by Knuckle Bombers before Jeeg dispose of Zaira with Mach Drills.

It was Yellow green in color in the forward part of its body which ran all the way to the tail, with rest of the back color Blue Green. The Back was covered in yellow green warts. Its head was bright orange red in the face, blue and black on top, shoulders were blue, with a horn face located in the forehead. Its feet and hands were green. It use the long tongue as a whip. It could hold its grip to any object and enemy with considerable strength. Generally, Baika stood on 4 legs, but could stand up when in a fight.