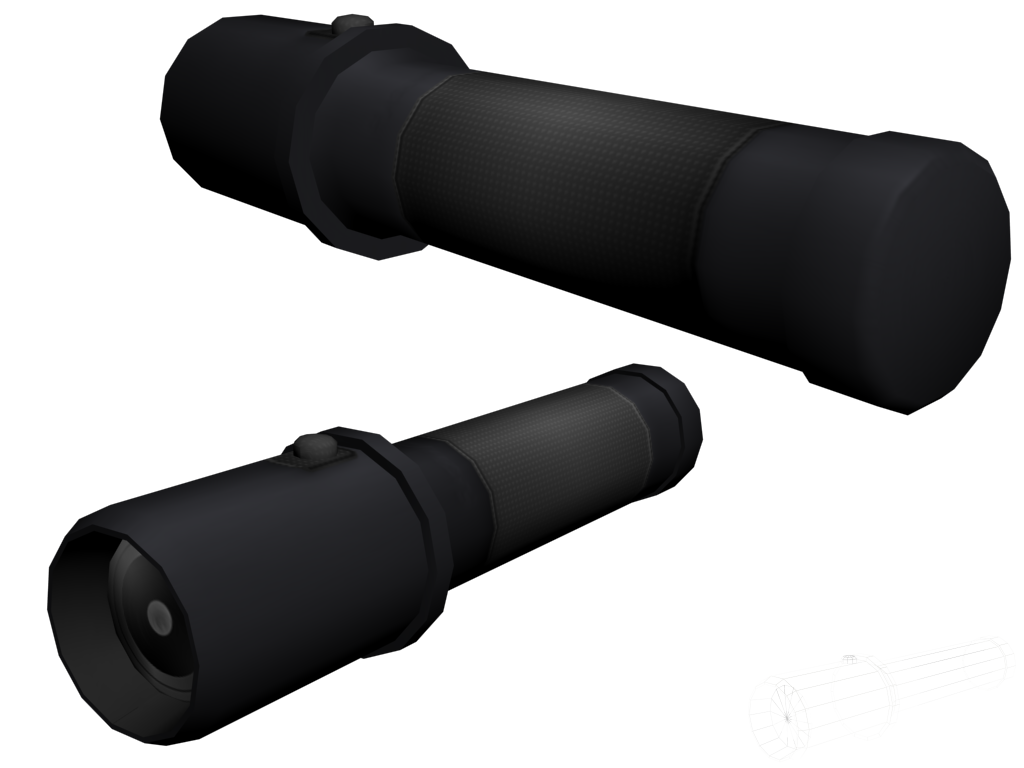 Flashlight (dur) made for a friend's Garry's Mod Gamemode, low poly like most of my work.

I'd like to point out that, for a low-poly model, you sure wasted a lot of polygons on a hemi-spherical on/off button. You could have done a rectangular button, flush with the flashlight's surface, with indents at its edges, and that would have added 9-12 polygons instead of that 25+ polygon button.

Also, as the last reviewer pointed out, it doesn't look like a typical flashlight. It's clear you did a Google Image search and took the first reference you found, which by the way is an obscure LED flashlight brand. Meanwhile, when most people think "flashlight" they're thinking of a Mag-lite. The contour of the body goes from wide at the light, to narrow at the butt, with at least some part sloping between wide and narrow. Your model is a wide cylinder + a wider interface cylinder + a narrow cylinder. I swear, the classic Maglite look would be more appealing AND use fewer polygons.

I'd give 9/10 for effort, but I'm afraid I can only give 6/10 because of the lack of research into what the audience would expect to see.

Several good points, I forgot about doing proper research, and I will most def try and keep that in mind next time I model something.

For some reason I had the idea that the LED types where outdated but I suppose I was wrong.

Either how, thanks for the constructive critisism, I appreciate it over all things.