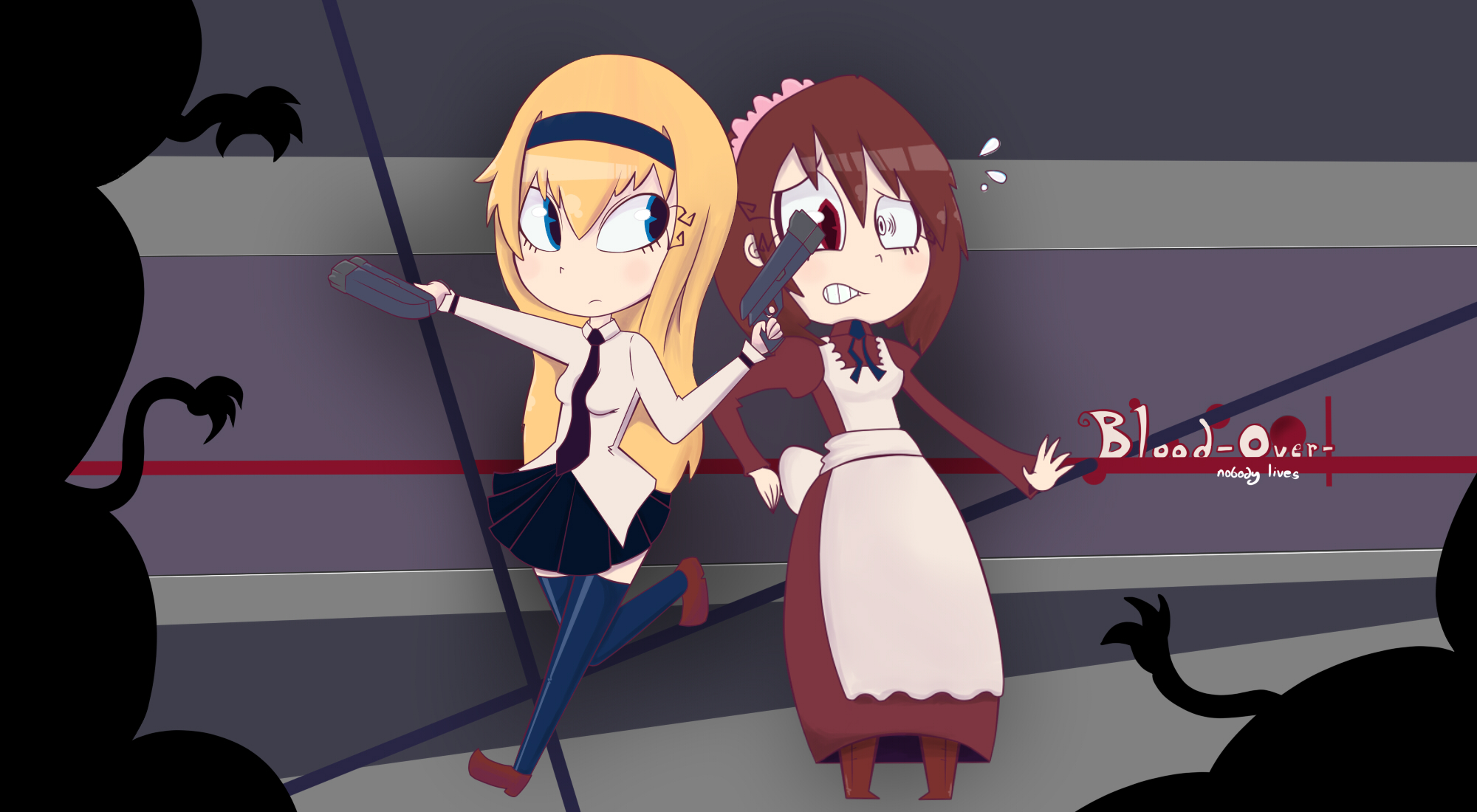 I have never heard of this artwork either. That doesn't matter, because it's still a freaking awesome thing to look at. It seems like maid uniforms show up a lot in anime. It's so funny to see the girl on the right look so scared. It looks like they're trying to fight giant centipedes. That could just be the guys' heads on top of one another.

I just think it's good to show such strong expressions. It doesn't look that violent for something that has "Blood" in its name. You may have been rendering it as a goofier series. The lines in the background are pretty nice too. It's best to watch in widescreen.

Anyway, I like the chibi sort of art direction. The expression on the maid's face is a bit distressing however o-o Still, nice detail and it's pretty funny.