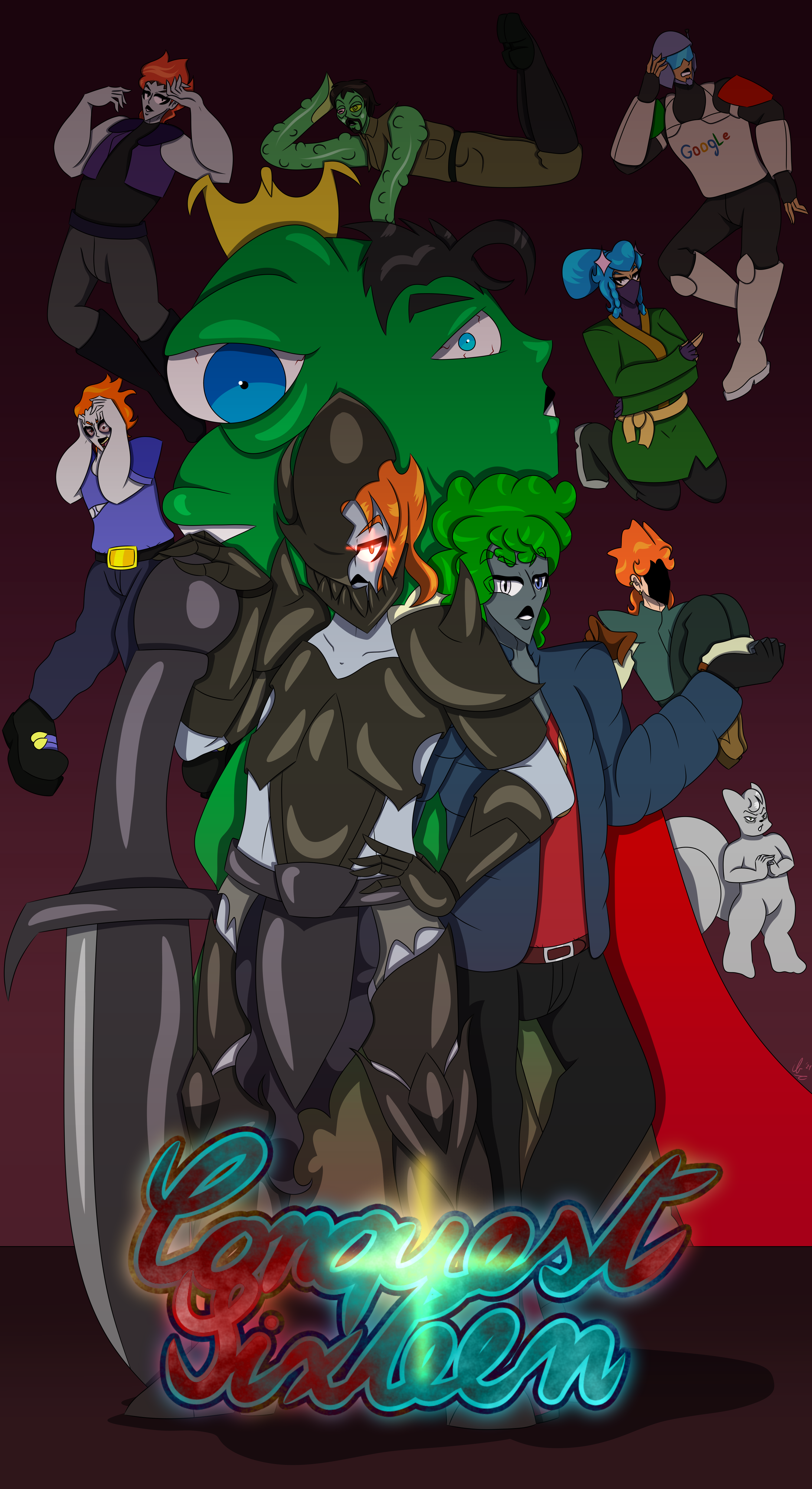 i almost didn't post this. QwQ (and hey, it's not midnight here yet, so it's fine!)

i know i've already talked about it briefly in a news post, but what better time to announce a piconjo-themed project than today, on europ3n0r vacati0n?

so, i'm proud to announce that conquest sixteen is now in the works! development may be slow early on due to other things going on in my life, but i'll try my best!

all i ask of you guys is to be easy on me, as this is technically the very first game i've worked on and, aside from some help from @Azork-LeDeath on script writing and an IRL friend for character illustrations, i'm working on the project completely alone. (and that's why the logo and character design may change over time.)

given the nature of the project, though, it's much more likely that it will be published on a platform like itch.io rather than here on newgrounds. that said, i'll let you guys know.

i hope i'll be able to create a tribute to piconjo that is worthy enough.

also, since this is a europ3n0r submission, have a bonus doodle: