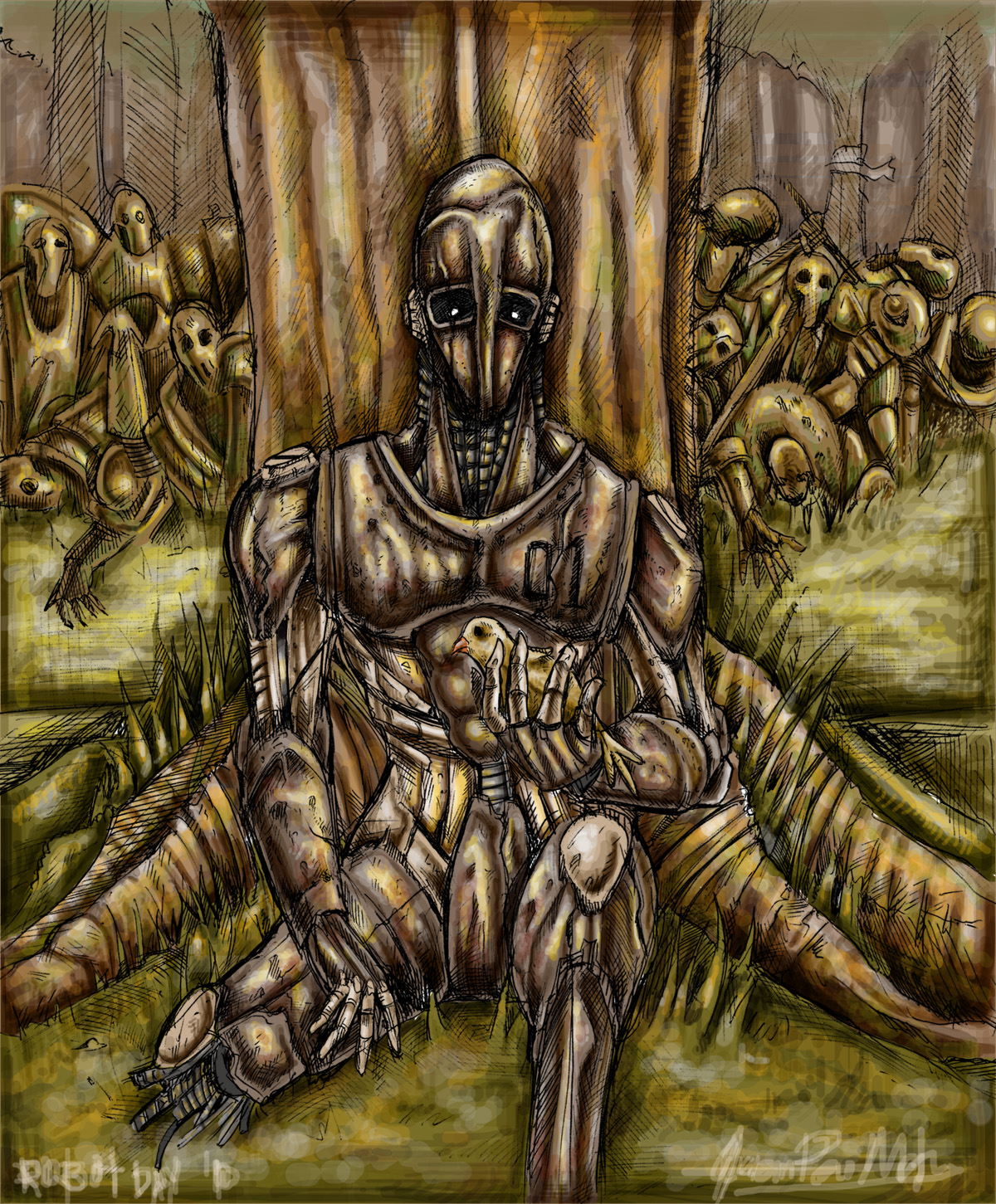 This is my robot day submission. I think it doesn't stand a chance of winning though.

The pic is pretty much self-explanatory, a robot made for war. Just sits there, waiting for him to break down like the other war robots.

an amazing piece of art!

I really enjoy looking at your art, especially art like this when you spend so much time on the line art. I really love all of the detail that you put into the closest robot and how well he portrays emotion with solely pose, that is awesome. this piece almost reminds me of the garden in castle in the sky if you have ever seen that movie. Great piece!

I actually disagree with most of the reviews and like how the pallet is not too broad, and I probably wouldn't like the technique involving shadow play.

You said mine was better, you dirty liar! xD

No I did think yours was better. And I posted that review when this wasn't even a sketch yet. I had many ideas. I scrapped a lot of ideas.

Yeah, I agree with Rananas. Tne linework and shading is great, and I was looking forward to what you're going to produce. I really like the mottled brown colours you've used as well. Now I think of it, the bobots in the back remind me of Goya.

However, it's pretty difficult to distinguish the body of the robot and the bird from the surroundings, simply because there's not enough contrast. Nae's solution is about right.

Also it's very difficult for robots to connvey emotion, since their features don't move. However, you've done a great job with the pose on this one!

Yay! Thanks for the review, Toas! I really appreciate your advice! Because it's really rare for anyone to review my art, especially mods.

I reallyliked your shading and everything. Nice style

Wow thanks a lot bud! Reviews are hard to come by here, If you know what I mean.