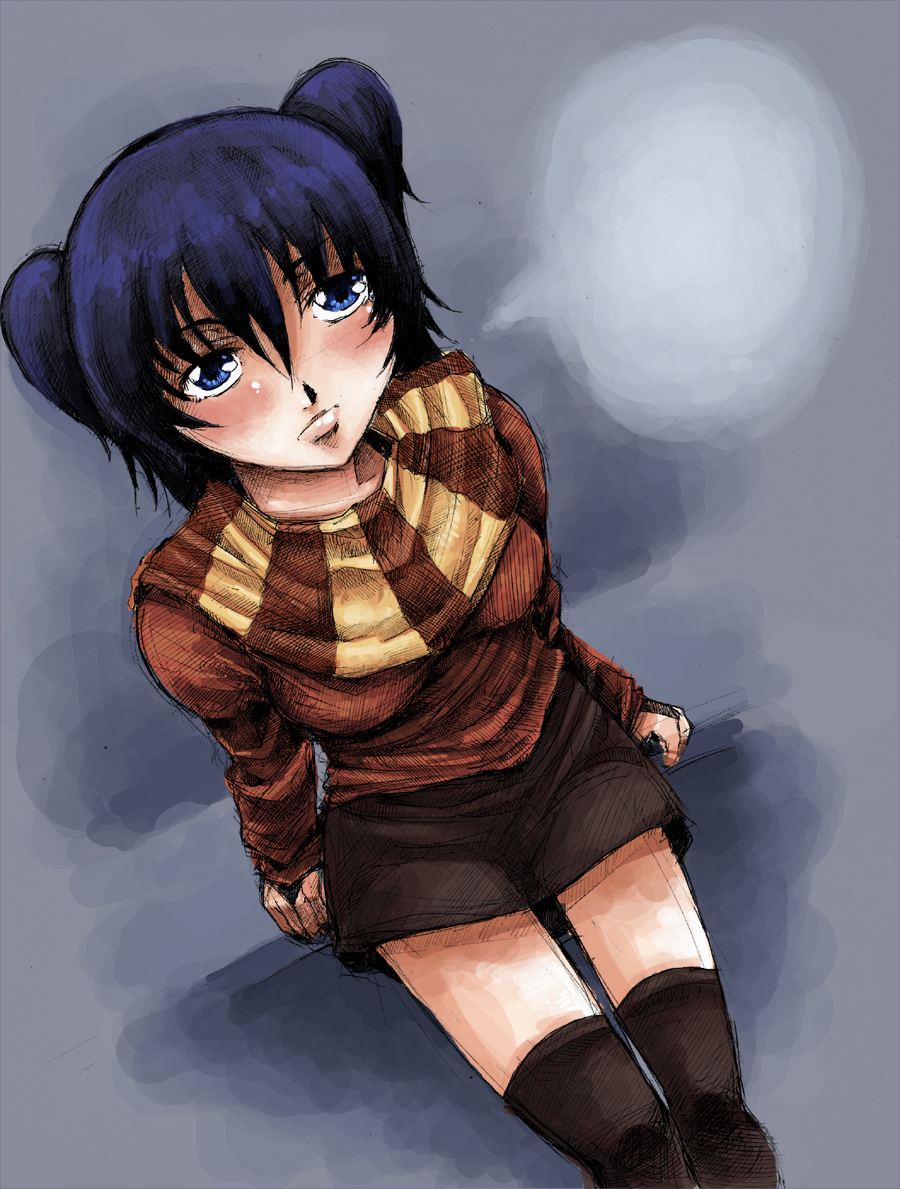 An anime thingy for a convention I was hired to do a drawing for.

Also, I like the pigtails because they're a contrast to the juper, having red paralell blue.

Also the gloves. Those look really warm and cozy.

The extra outline around the body, it's very faint, but it's there and adds atmosphere like the rays of body warmth being clearly depicted.

That scarf is brilliant. The crease effect is adding a lot to the picture, and I have a question about this. That scarf looks like a Griffindor Quidditch scarf - were you going for that?

Now, some points to improve.

Her eyes - one iris is clearly bigger than the other, and so is the pupil.

The colour, if you look at her shoulder, slides out of the outline a bit.

The stockings look a little bit sketchy compared to the rest of the drawing and I'm assuming (correct me if I'm wrong) that they were done last, and you were excited and rushed the outline.

Overall, I give you an 8/10 for effort, great work and hopes to help improve your art.

Yep. I suck at animu lolz.

Love the colors and shading definitely a eye catcher

proper good stuff, the colouring and overall detail was brilliant, especially the mouth area. although, i have to agree with the below commenter, the shading could've been done a teeny bit better, around the hairline and eyes. besides that, amazing piece of art, keep it up!

sorry for fuckt up speling