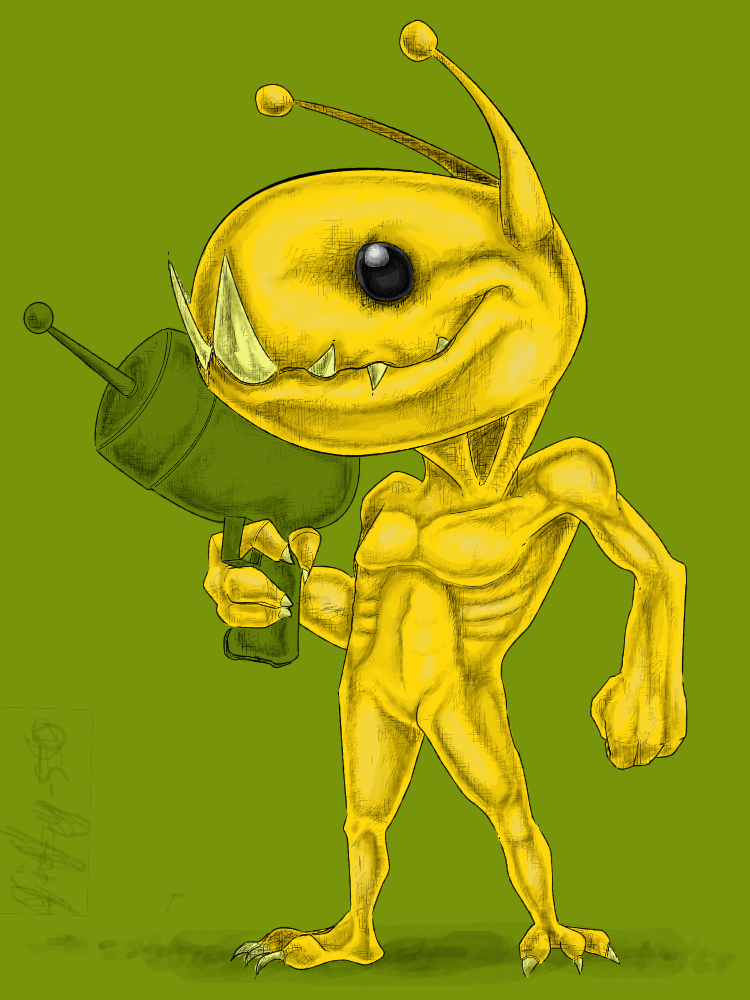 My fan art Tom Fulp's alien hominid. I guess I did him in my own way.

EDIT: Woohoo! Frontpage! Thanks ti whoever frontpaged this! XD

This is another great picture because you get down the muscles and bones so well. It's pretty satisfying to see such strong body tones put on the alien. I will never, ever figure out what that dude's name is. I don't want to call him "Alien Hominid" because that's just cliche. I think the strongest asset here is probably how there's a bunch of lines on his body. That might seem kind of silly, but it shows strong detail.

It seems like you have your signature in this, but it's a bit hard to tell. It's nice to see him drawn in a more realistic manner. In fact, he still manages to have a big head so you're still faithful to his overall cartoonish design. Those are some strong looking teeth too. By strong, I mean that they look that way and they're drawn well.

good work dude.
He is done in your style but that makes him look even better ^^