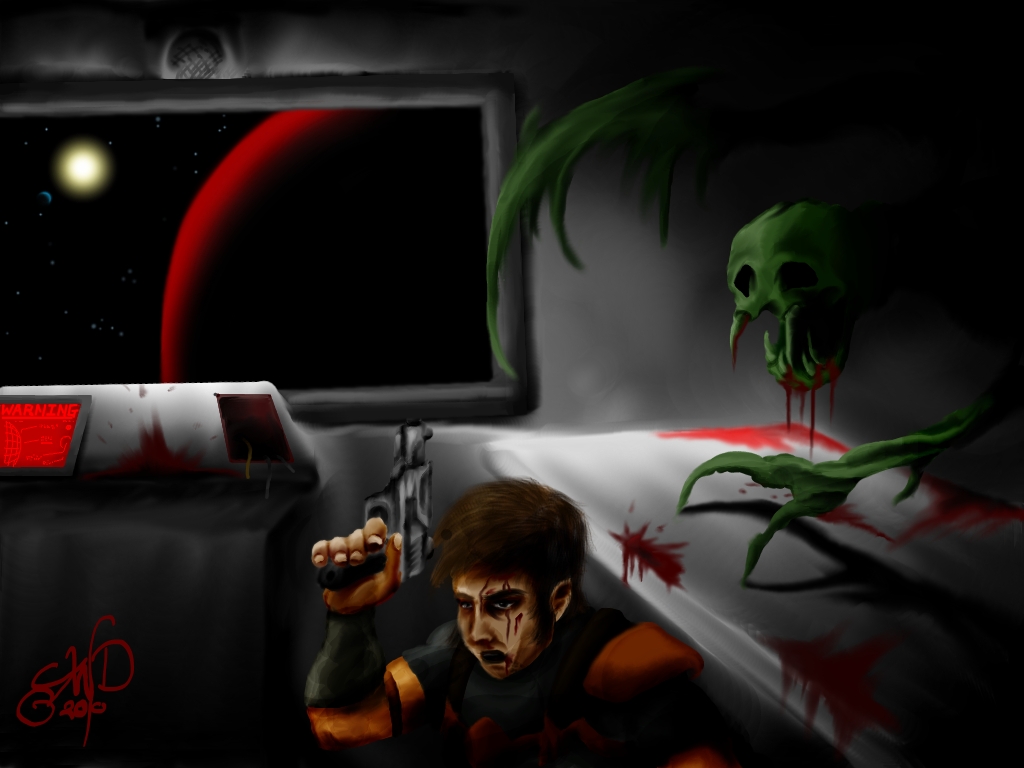 I love how it represents the song, "I will survive!" You are a good artist, and this just shows how a woman in a tough relationship can pull through with a little perseverance!

It reminds me of

-It's a great action scene that pulls you into how that guy must be feeling. The utter feeling that he won't make it out alive. Fighting something he doesn't know exactly how to combat or hide from. Sadly he's not doing that good of a job at the hiding part.

-You would think in space though he would have a more advanced weapon though. It's also a bit smudgy but that's most likely a side effect of how it was drawn.

thx for the awesome review! it was actually inspired by the coheed and cambria song: delirium trigger.