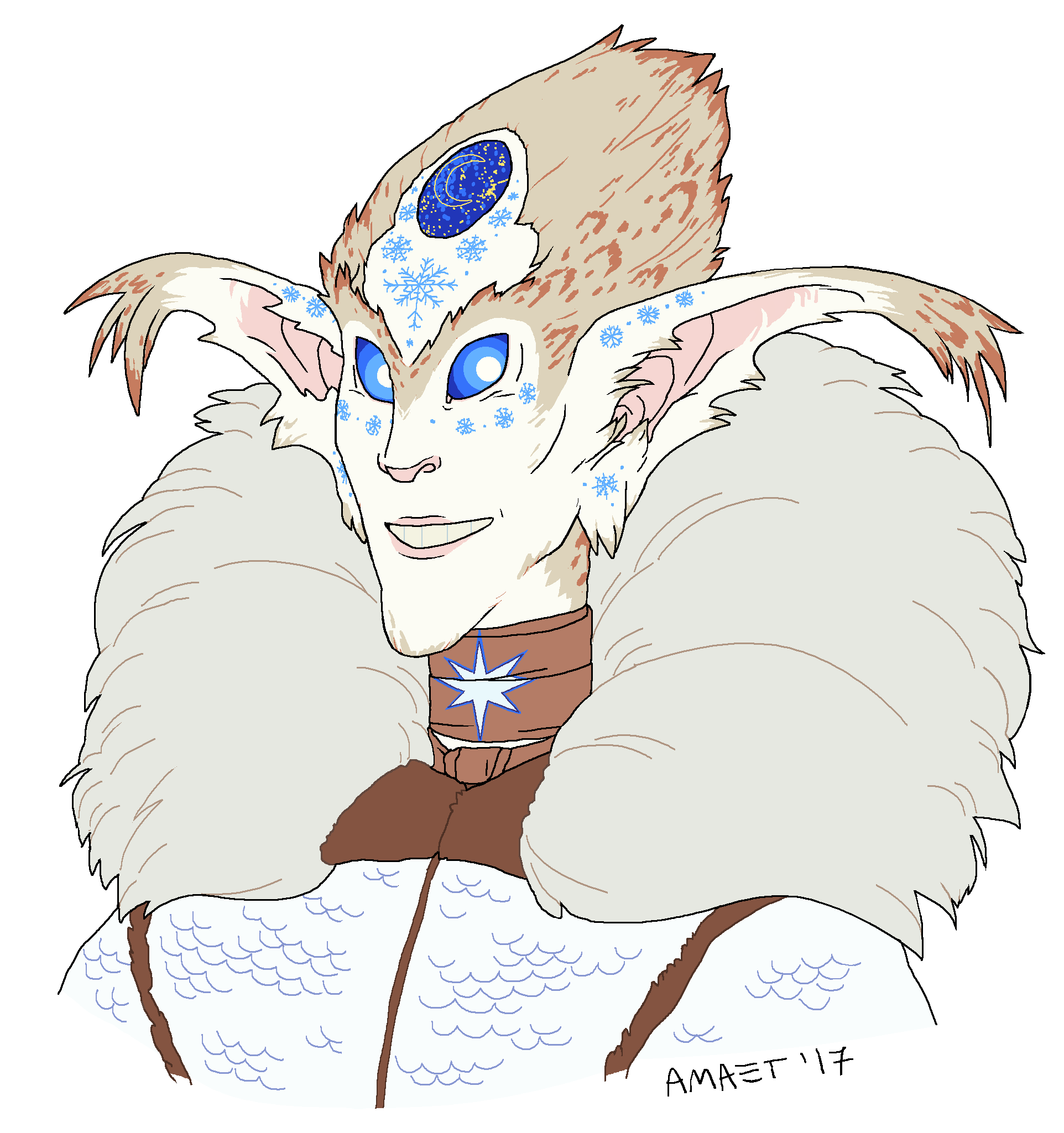 “Snow Elves are an off-shoot that is hard to define as a single group. E.L.F’s modify themselves as needed to fit their environment. As such both Wood Elves and High Elves found an arctic adaptation amiable when resettling areas prone to cold weather. To make matters more confusing, there is now a sizable section of lineage overlap between the dual origins: the two having found more similarities than differences on their calling to the permafrost. To that end Snow Elves could be said to have unintentionally bridged the great divide.”

Another commissions done by amaet.

Snow Elves in and of themselves could be said to be have the catalyst for this project. This particular specimen being the redesign of my Snow Elf D&D character Rannath, whom was already a redesign of official D&D snow elves whom are…rather uncreative: being little more than traditional elves with a winter fashion sense.

Speaking of which: when it comes to the key features of Snow Elves, you have several. Foremost is that they’re covered head to toe in fine, thin, fur. They also break a generality in having eye brows, in particular V-Shaped uni-brows that connect to their head hair. Their ears are very bulky in comparison to their cousins and their facial markings tend to have an arctic theme to them. For their cranial objects they use rocks…pretty rocks. To clarify while High Elves & Aquatic Elves also use gemstones; the High Elves use pure crystals like Ruby & Sapphire while Aquatic Elves use organic substances like Pearls & Amber. Snow Elves on the other hand use aggregates like Lapis Lazuli, Jade & Opal.