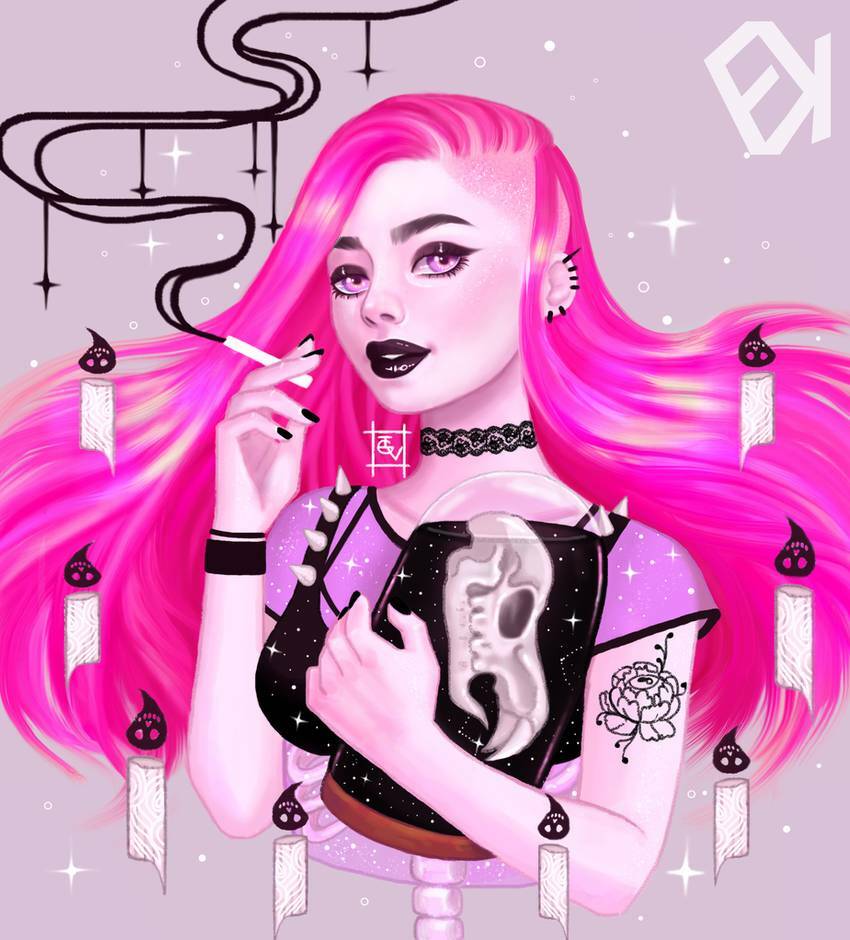 Here we are with a new drawing challenge made by our unique Isis Villalobos (https://www.facebook.com/IsisVillaobosArt)

Hope you all enjoy it!

Want an amazing draw like this one? Don't hesitate to message us! COMISSIONS ARE OPEN!

So, there was an article on NPR, and it might have only ever played once, but it was most likely on "This American Life" if feel like narrator was fairly frequent contributor to NPR, and she went into a very interesting story about her time as a goth.
She mused about the hierarchy of gothdom, and that you where only meant to wear black, with a touch of white, but if you had enough esteem, you have pink within your outfit.
She stressed the privileged and dangers of wearing pink because you adherence to nihilism had to be almost absolute to get away with ironically wearing pink.
Wearing it intentionally, to be happy, was off mode.
So i had a slight chuckle when I saw this.

The character certainly has elemets of punk studs, gothic choker and makeup, emo/scene hair and earnings, and then a hipster tattoo.
The odd nods to the more iconography style is super cool, and I almost missed the face that from breast down she is a skeleton.
The magic of of her smoke, and the encircling of dark flame, along with a trophy of something long dead, caught in what looks to be captured space, it's all so resonate for that familiar and fun creeping sensation of October.
It's very interesting, but the most intriguing aspect for me, is her expression.
It's not come hither, nor doubt, it's more "patient and in control evaluation."
Overall, she seems like the avatar of the god of death in a dark cyber punk future, and that's my jam.
Thank you for making this.

Thank you so much! ^^Isis is always working hard on her artwork.