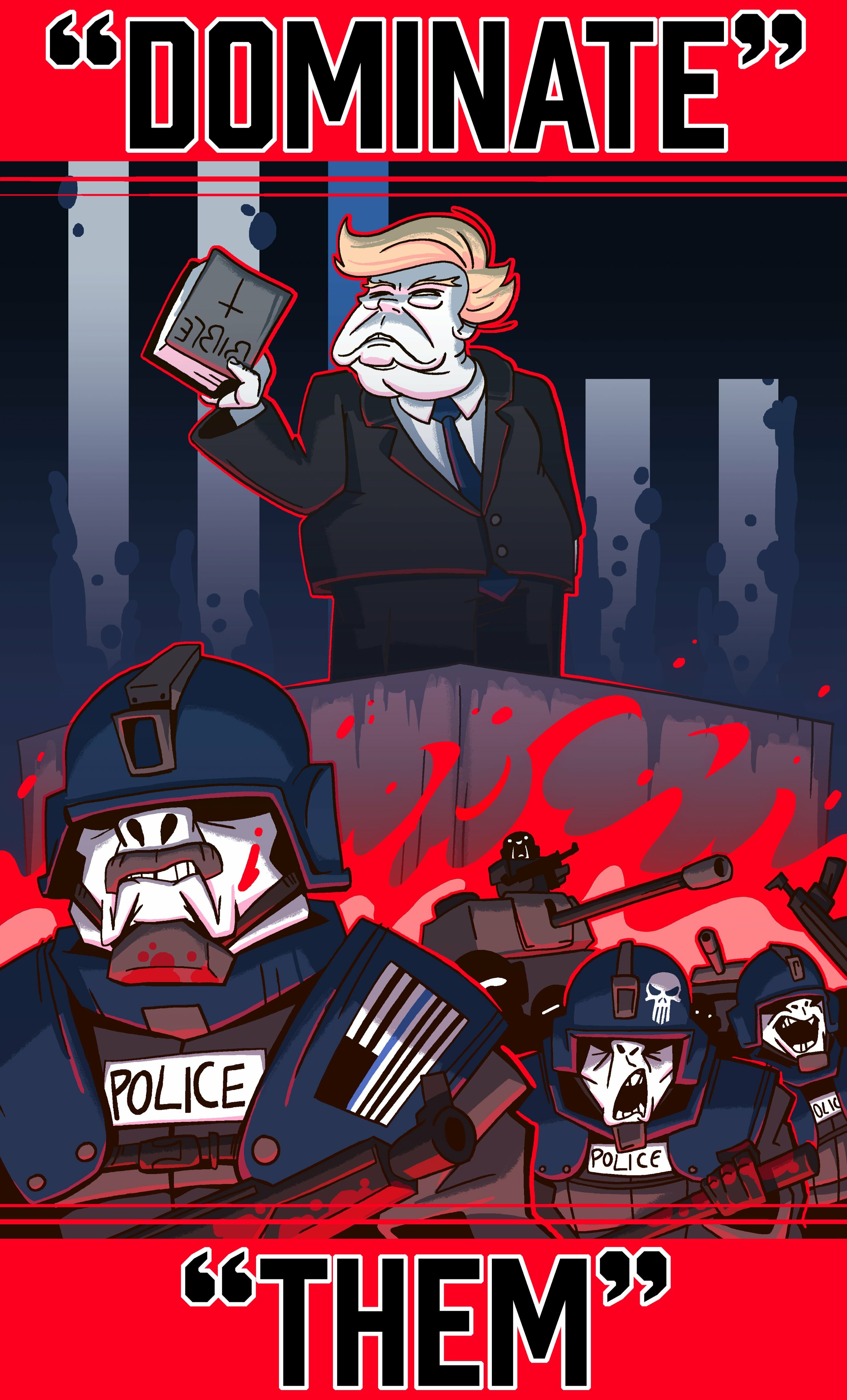 Whoa guys there are thousands of armed thugs roving the streets brutalizing scores of innocent people and all the big cheese can say to them is "pick up the slack, there's a lot more murder to do"

Ah American Police, just people who've been corrupted by a system that justifies violence over the innocent instead of actually destroying the root cause of the corruption. I don't see it changing under the Dems either, people need to start putting the politicans to the flames instead of being complacent.

Also, this is a pretty good piece, even though I neither like or hate Trump, hate the corruption within the police force though

Go buy some guns and ammo, and start shooting the police officers. Just kill them all, even the good cops.

And stop caring about a police officer who committed suicide, murdered, run over by a car, blow up to death, burning to death, shot to death and killed by YOU.

Go beat up a police officer and crack the head open.

Because you stupid motherfuckers keep saying EVERY SINGLE cop in existence are bastards which is beyond ignorance.

I don't like trump and there are some bad cops but all cops? No.

But i know you don't care about at least one cop, nah you laugh at police officers who is dead from a mass shooting. Because ACAB! somehow.

Seriously, this is piss.

Response: I'm sorry man, i got very butthurt on stuff the makes me think "does everyone thinks that entire police officers in the galaxy are bastards and the good ones don't exist."

Originally I was going to say more of the whole "ACAB" thing,
but I already done that on a "ACAB" related art called "Controversial Statement." By Antijuul.

Which I commented in a more detailed explanation of the problems with "ACAB". You can check out!

Individually decent cops that fight it either quit or get fired

Fix the system and you fix the cops

You're being very emotional about this,

Lunatic presidents, covid19, opportunistic thieves and thugs, some cops who look like actors from a Rambo movie... that's enough! To all the good people, survive this shit as best you can. I wish you good luck

this is spot on, unfortunately.

looks great, i like the art style. good job!