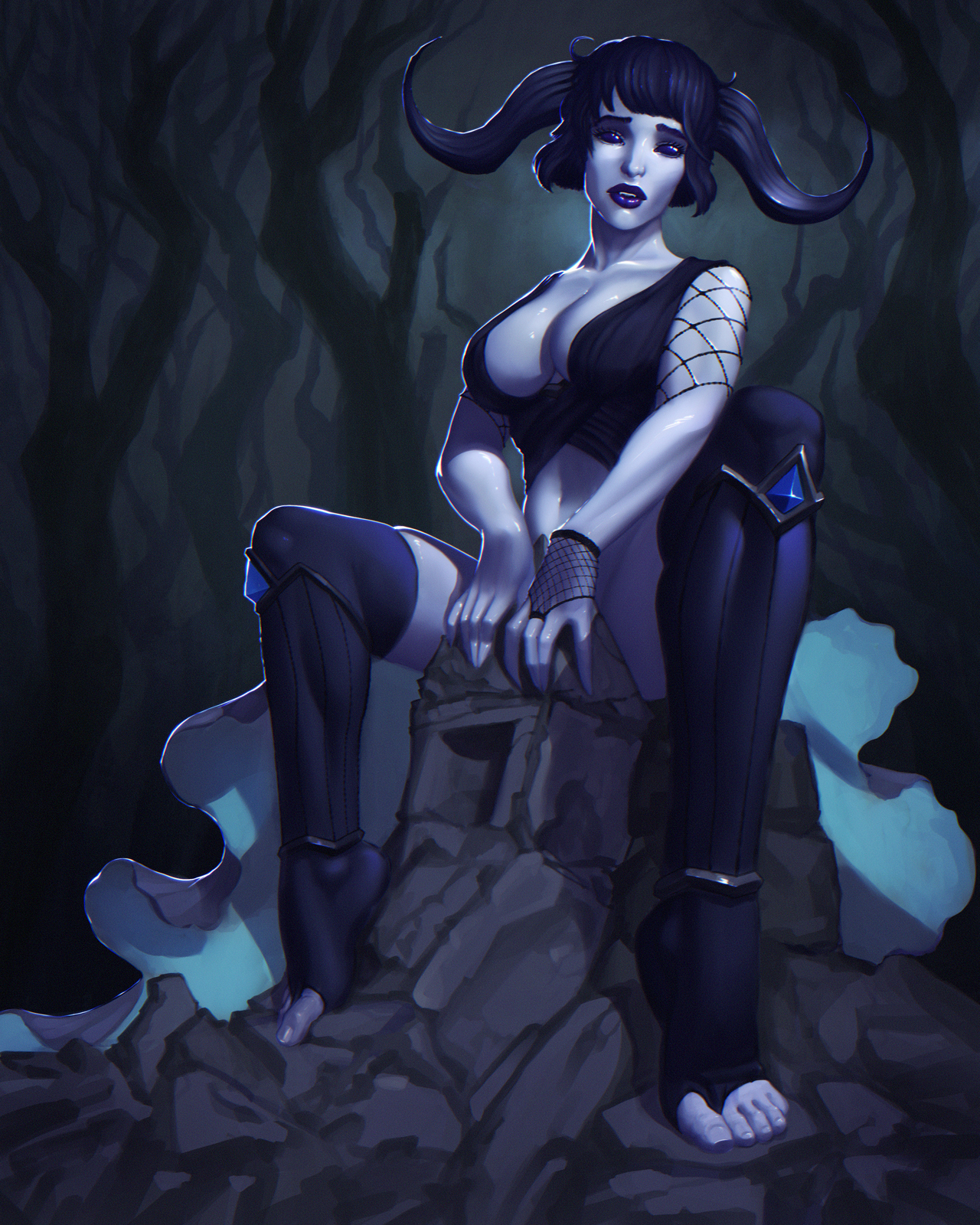 An interesting depicition. She's quite human, rather than spiritual, yet not being mundane. There's something mystical about her. I could see her as a character in some sort of rpg or fantasy story.

And though she's not weeping like a traditional banshee, I see a kind of sadness in her eyes. It's subtle, it like it. The way she's sitting helps convey it, I think.

Alright, the ending of that comment gave me a chuckle, nice build up x)