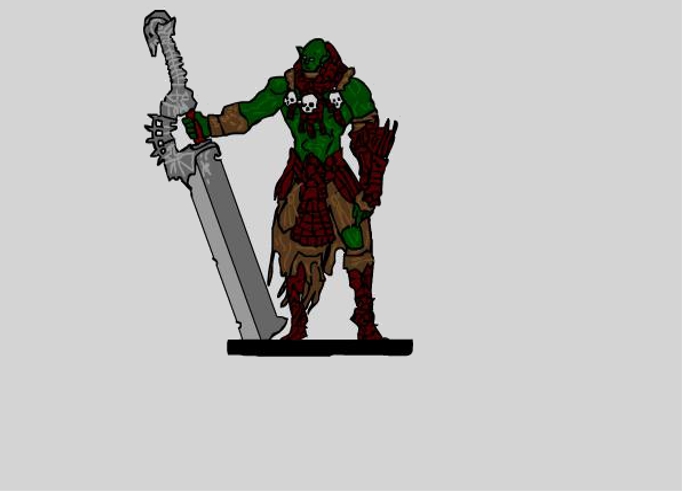 Was going to be used in a flash.

This is pretty badass! He looks like a cross between a berserker, and a troll/orc. What sticks out most to me in this picture is the huge sword. It looks like it could inflict massive damage to its opponent and I especially like the handle of it! The hilt looks as though a silver skull is resting upon it, while on the other end (by his knuckles) it looks great! Maybe he could punch somebody with it? I'm not sure if you referenced anything, but it looks good none the less.

I would try adding different skin tones though because the solid green looks a little bland although like you said, this was going to be used in a flash so it had to be simplified. Besides the handle being so badass, might I recommend making the lines a little bit more organized? What I mean by this is that they looked rushed and kind of sloppy, although it almost gives him a more barbaric feeling!

Overall this is a solid creation in what I'm guessing to be Flash.