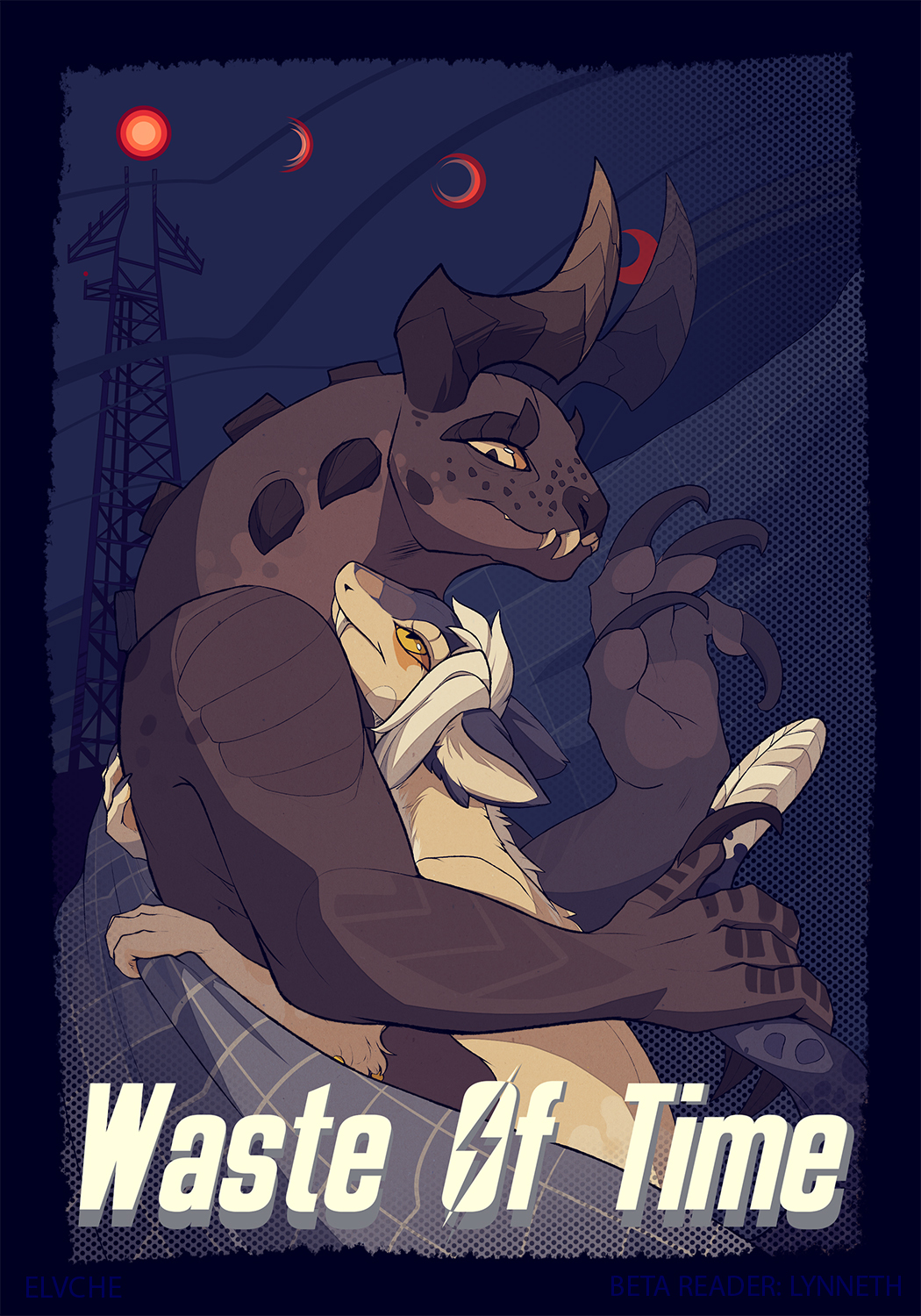 Waste of Time is sponsored by my patrons(THANK YOU!!!!!!!). It's an adult F/F comics about deathclaw and nightstalker. Kinda slow-burn so be aware!

Alternative Fallout setting with furries instead of humans. Everything else is pretty much same. Some original species are have intelligence now, such as nightstalkers and gecko.

Lazy lives calm life of bounty hunter on the endless Wasteland but out of nowhere she meets naive nightstalker who wants to find her sister.