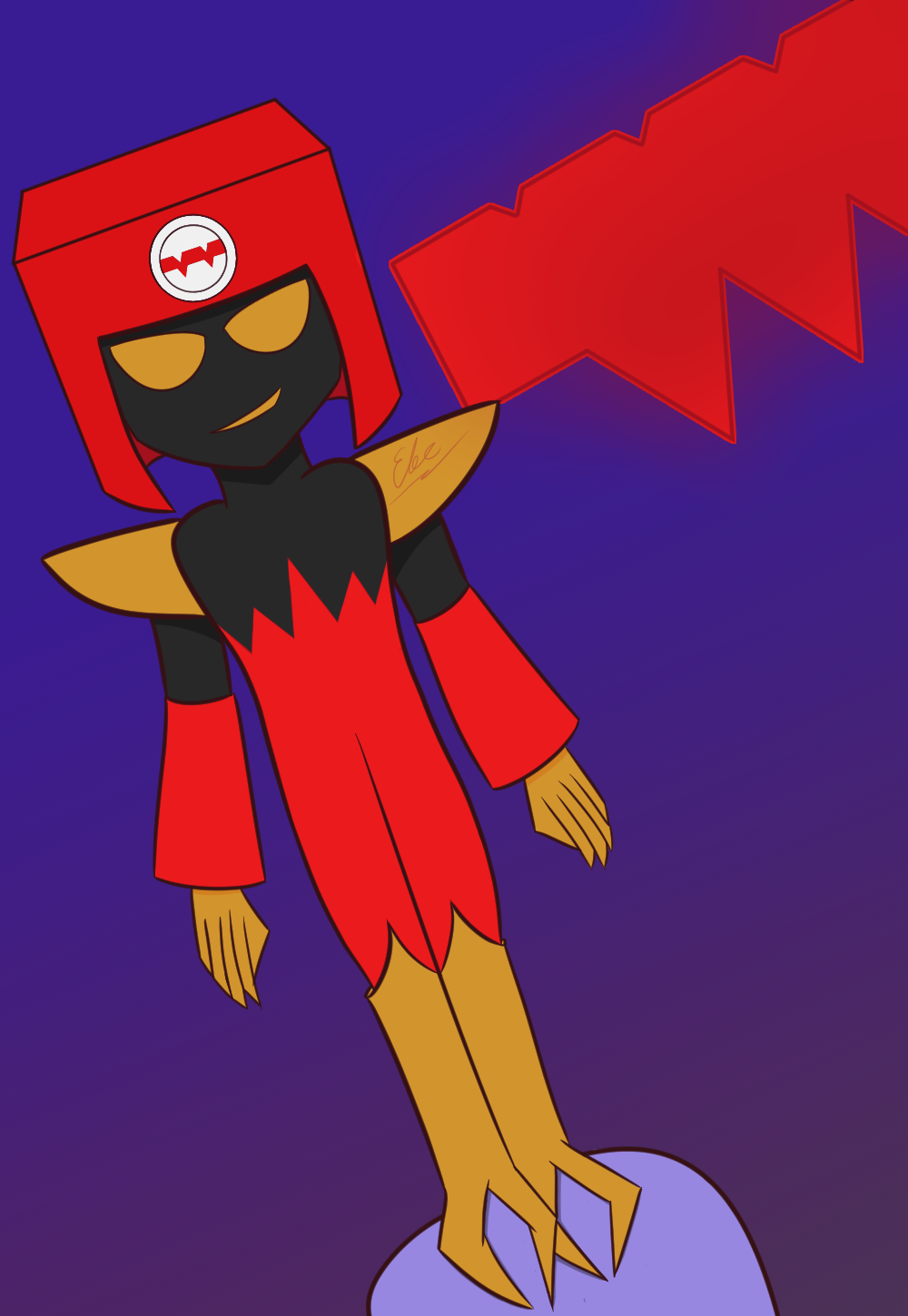 This is for a project that is currently in standby.

Omsk.EXE was created as the original REICH Virus. Which’s purpose was to delete the current net with his destructive power. So that the Organization would recreate and make it into an authoritarian landscape.

But Omsk.EXE refuses to collaborate, since he has his own intentions.

So, knowing how dangerous he is, the Organization “sealed” him on a external hard drive.

Some moment, the protagonist, unknowingly, connects the external hard drive on a computer, freeing The Wings of Deletion.

After an arduous fight, ending in Omsk’s defeat, he flees to the Undernet to heal and to prepare himself for a next battle.

Omsk.EXE is one of my favorite designs to do. Simple yet effective. My favorite part are the wings (Yes, He has a pair of wings. Not just one)

A combination a Omsk Bird, the painting of the Winged Doom (Aka the "Welcome to Omsk" meme image) and an Omsk design that I loved but which is not longer available on IG.

I drew him a design for a painting when I was on a Art workshop. Originally his feet were normal boot-like with some claws, but I decided to give him actual claws.

I really wanted to draw him a digital piece, and... Ieft the unfinished lineart on standby since...Mid-to-late 2021.