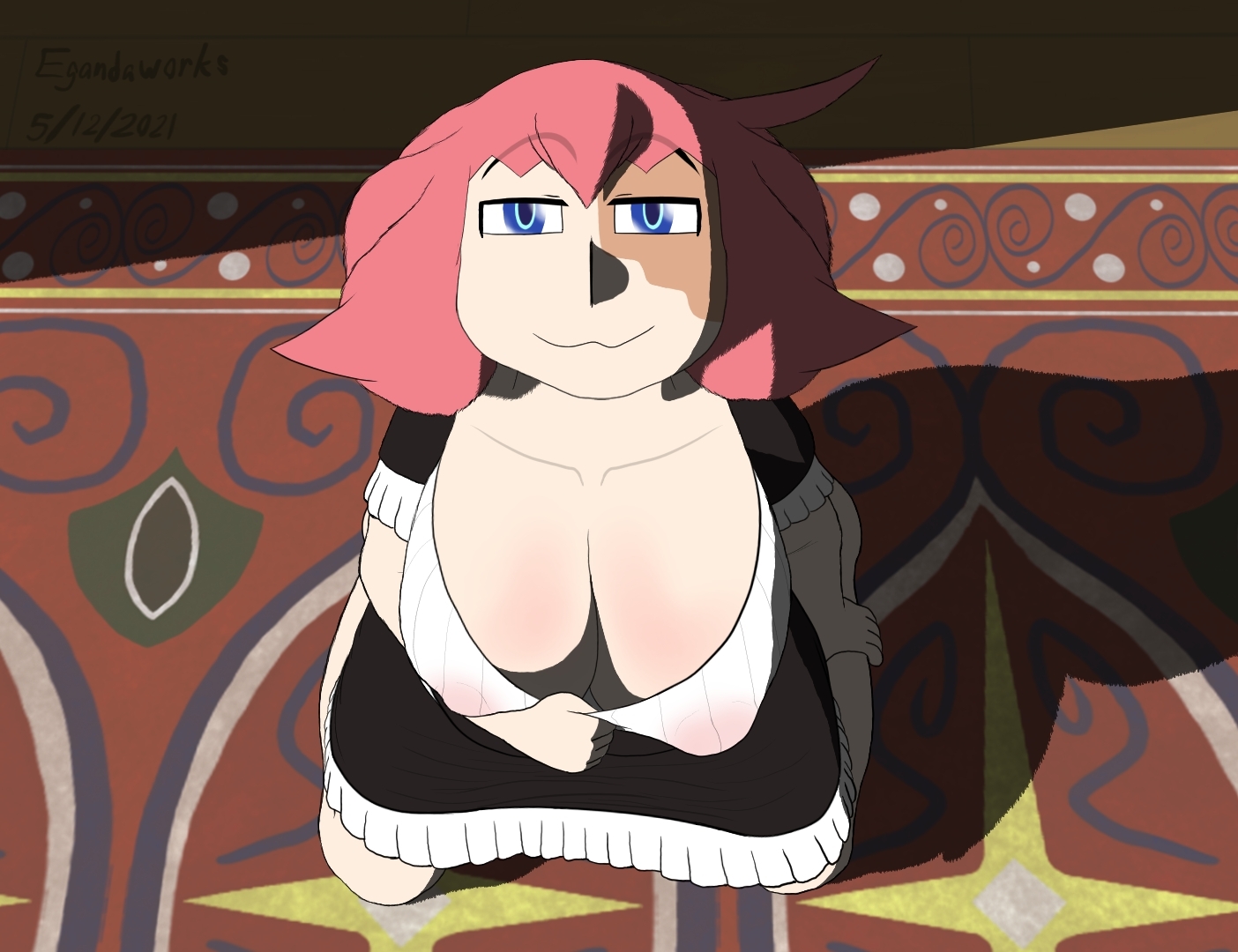 I used August's maid clothes from the Spring Intro picture. I strayed a bit on the blackness of the fabric; straight up black wasn't going to work. You think this would be an immediate strike on the cells, but I apparently had to make the attempt before I came to realize that. I went with dark grey instead. On the white portion.....you're welcome.

I was going to dedicate a layer for sunshine on August's person, but I decided to scrap that idea. Dunno, I was just incredibly indecisive on what shade and opacity of white or yellow to use. I weighed the value of the idea with the rest of the work, and really it felt like such a small payoff. The decision to continue with it seemed altogether unfruitful.

Initially, the carpet on the ground was supposed to be plain, but I felt it necessary to include an element to better assert the angle of the picture, and since August is dressed like a maid (I'm not gonna call her a maid. I just don't see it. Hell, read the tags.) I figured that I ought to make an attempt at a more regal presentation. You've probably seen these kinds of carpets before: dark colors, twisted patterns, things like that. But yeah, I started out with something simple, but as you can see, I kinda got super into it. I think I could've done a bit better--the typical carpets of this variety tend to have their designs more condensed--but at the time of completion I was just happy to see the boost in aesthetic. The patterns as is were too bright, so I lowered the opacity a tad for a more authentic tone and tossed on top a transparent layer of brown pencil scratches for texture. I even dabbed the edges of the shadows on the carpet for an added touch.

Speaking of which, the shadows...this aspect of the project gave me a lot of trouble. Which is weird because usually I'm really good with my shadow senses, but this particular image set really proved different. I assume this is because the angle of the lighting is much more parallel to earth than in projects past. Usually I can wing this aspect of a picture, but here I really had trouble getting a good read on the surface. I had to draw reference lines and even then I had a bit of a hard time. Even still, I'm pretty happy with how it turned out.

And here are the full-sized pictures

Part 2 of 2 will be posted shortly.