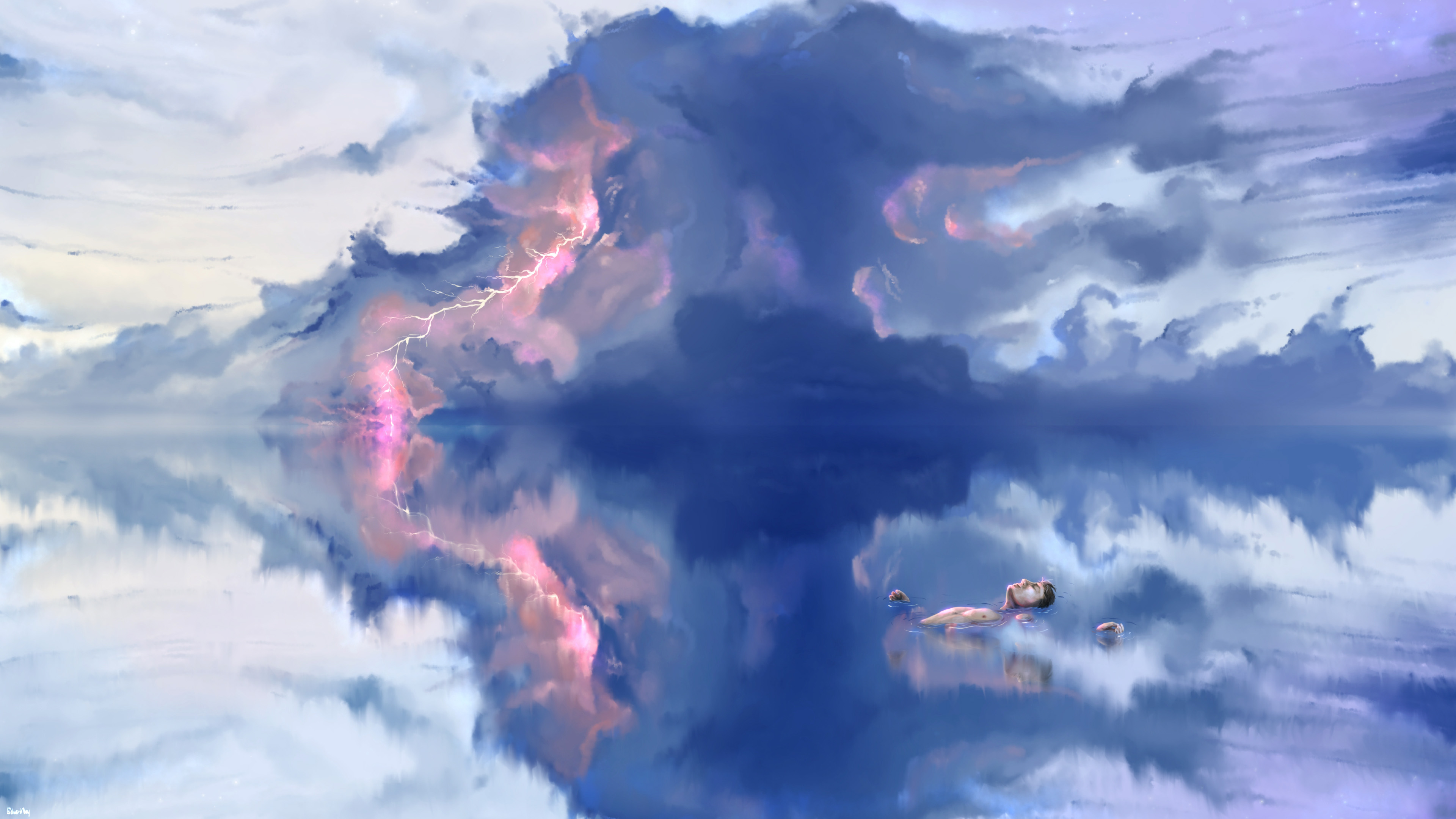 I don't know what I'm looking at but it's very pretty.

Good job. I like the concept but there's not enough of a separation between the water and the sky. Under normal conditions, there would be a gradient on one or both which helps the mind divide the two. Here, it looks like one big sky from far away and zooming only reveals a lack of detail.

My other criticism is that I don't think it needed to be drawn this big and in fact I think it hurts the picture. Drawing things big means you need to spend more time constructing the basic building blocks which means less time adding finer details. Part of my process when I'm starting a drawing to decide how big I'd like it to be, but also how big I'm capable of making it. If you Kept the man the same resolution he is and shrunk everything else around him, I have a feeling it would improve the composition and hide the lack of detail at the same time. And it would still end up huge so I don't see a downside.

Thank you for the tips!