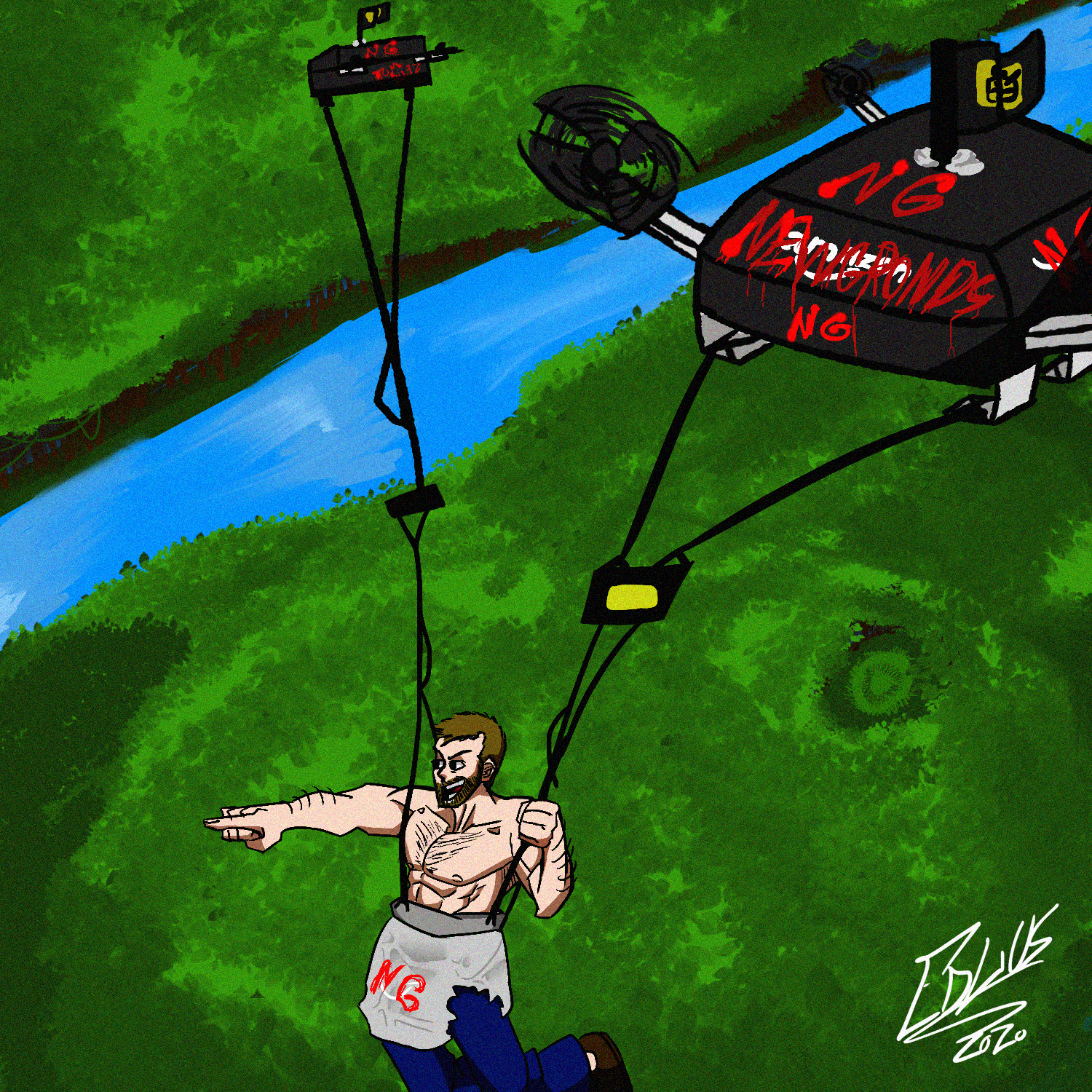 The Father of Forums: Part 3

After months in the Nepalese wilderness, Fro was discovered, though the discoverer, an unsuspecting tourist, was unaware of exactly what it was they were discovering. Their interaction was brief, as Fro first asked if they spoke English (in English,) then if they spoke Italian (in Italian, which Fro knows, on account of being Italian.)

"I guess I'll go fuck myself." said Fro, once it was clear the explorer knew neither language, and while he walked away a photograph was taken and was later posted to r/cryptids, where it went viral to the point that even Newgrounders, who are famously too smart for reddit, heard about it, and a helicopter was sent to the Tinjure Milke Jaljale where the photo was taken, piloted by famous helicopter PsychoGoldfish. When he got there, the rhododendrons were blooming, but it was still December. While Fro had been gone, someone whose forum activity had since gone unmonitored had managed to convince a sizeable portion of the userbase to accelerate global warming to a ridiculous degree.

Fro initially thought the thing was sent by his previous assailants but once his pet labradoodle managed to catch a scent of the pilot all the way from the ground, and subsequently began barking happily in the helicopter's general direction, he emerged from the trees, his beard having grown all the way down to his waist, and his chest hair being thick enough to stop a bullet.

They all flew back to America in relative safety, as PerkeleGoldfish knew how to evade notice as best as possible, though the labradoodle was not given a seatbelt, and on account of this fact PontiusGoldfish would have his pilot's license revoked for the following six months. On the way he and Fro spoke, once it had been made clear that there were no smartphones in the helicopter, as the pilot had dropped his in a goldfish bowl like a ditz.

PilotGoldfish was initially confused by this, but Fro explained that the people he was after could probably listen in on their phone conversations, and therefore probably also any conversations in their phones' general proximity. PorridgeGoldfish, an avid Last Week Tonight viewer, recalled their episode on Edward Snowden and suggested it might be the NSA, or Five Eyes, the latter of which made Fro hungry for burgers and fries, upon which they agreed to land where such a thing was immediately accessible. Of course it was neither, and upon hearing who it really was PseudoGoldfish's jaw nearly hit the floor.

Once they landed, they got their burgers and fries, Fro taking many, many burgers, as he has a considerable capacity and was quite hungry after months in the wilderness, Fro sought out the shittiest car he could find and approached the lady who herself was approaching it.

“Hey, you wanna take a helicopter ride wherever it is you're going?” he said.

“Uh...” she said, turning around and appreciating both his shirtlessness and his labradoodle before continuing, “sure? What for?”

“That doesn't answer my question.”

“Well, I'm going sort of incognito so I thought no-one would suspect me if I went in a car that looks like that.”

The lady raised a hand as if to gesture at herself and then presumably realised she wasn't wearing those ripped jeans you get.

“Well, you get the point. Where's the helicopter?”

Fro pointed at the helicopter. The lady turned around and appreciated it for a moment.

“Yo, I love Newgrounds!” she said, before tossing her car key in Fro's direction. Fro caught it deftly, then he and his labradoodle got inside and began driving. The car screen said it was the 27th of December. He had to drive to New York, the state with the highest concentration of Italian-Americans, to visit an Italian relative, that he had, because he is Italian. The drive took two days, because in order to secure their burgers and fries PetitionGoldfish had landed in the state with the highest amount of Five Guys places, California. The drive went fairly smoothly, only the fuel gauge was broken so the car ran out of gas unexpectedly somewhere in the Ozark highlands, so he had to push the car to the next gas station on that incident, but other than that, things went perfectly fine.

Once he got to New York he went to his Italian relative's house and asked to use their phone, an old-fashioned rotary dial affair that he was sure was too ancient to be under any surveillance, and phoned his other Italian relative, an uncle who works as a higher-up in the mafia, because he is Italian. Upon explaining the situation, the mafioso concluded that anyone who tries to take on Fro tries to take on the family, and that that sort of thing simply doesn't fly, so he said he'd get something ready for an attack on the Apple headquarters (which, incidentally, are in Cupertino, California, making PhilGoldfish's landing spot rather bold in hindsight.) This concluded Fro's visit to his Italian relatives in New York, though an older lady among them tried to cook something which he had to politely decline.

Famous helicopter PsychoGoldfish was supposed to have a Newgrounds logo on the side but that got lost in the edit. Anyway, good job, man, it was nice having you.

Thanks, i was kinda worried if i was pissing you off lol, it was really cool working woth you huys

yo, i love newgrounds