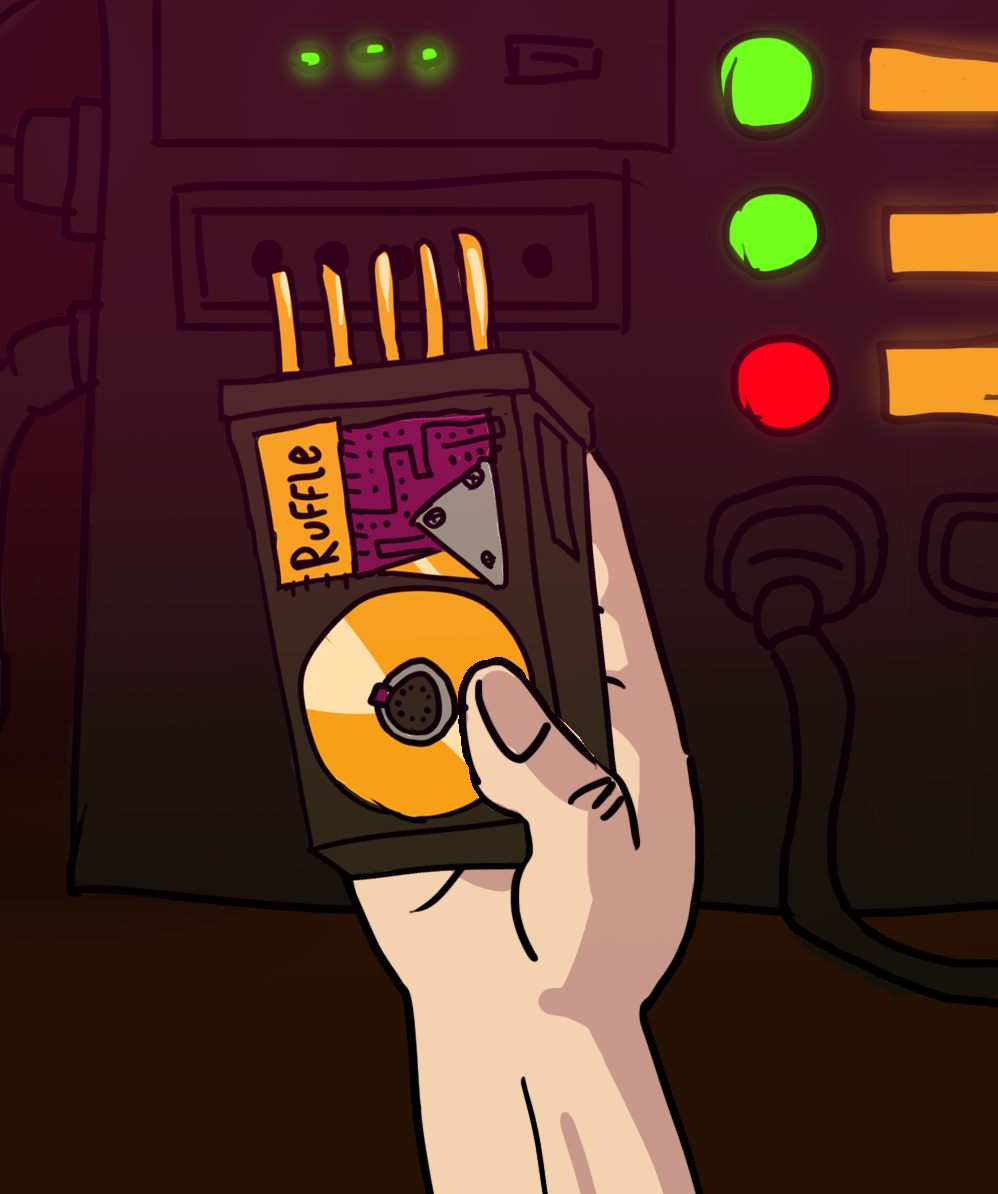 The Father of Forums - Part 4 - Finale

This is Frollab, the collab dedicated to our forum mod/father Fro.

On Times Square, Tom Fulp read the message. It was all cool now.

"Oh, what a rough year... Thank God it's getting over. I can relax now, knowing Fro is there to reattach Ruffle."

His wife and kids smiled as the ball started to go down.

At the Newgrounds Server Room, Fro was ready to attach Ruffle to the main computer and save Newgrounds, when a shuriken hit Ruffle hardware and dropped it from his hand.

It was the ninja.

"You! How did you get in here again??" Fro asked, surprised.

The ninja responded with another shuriken thrown. Fro dodged. Fro tried to pick Ruffle hardware up to make sure it got attached before midnight, but the ninja was quick and kicked him out of the way before he could reach it. An intense fight began.

Meanwhile, Times Square ball hit 30 seconds, with a level of excitement never seen before from the crowd.

Fro blocked, blocked and dodged ninja's attack. He was fast. All punches Fro threw in were dodged as if it was the easiest thing one could do. The fight lead them further from the main computer, towards the history shelf on the other side of the room.

That ninja could fight. But so could Fro. Fro saw an opportunity to grab his arm, but he would have to let a punch in.

"Ouch", Fro felt ninja's wrist on his face. But it was worth it. He grabbed his arm and turned the ninja around.

Fro saw the backward kick in the balls coming and blocked it with his knee. But it was enough for ninja to destabilize Fro.

Ninja got out of the move attempt by Fro. One, two, three blocks.

Fro jumped backwards and grabbed a shuriken from the wall, where ninja have hit before.

Ninja came in strong. Fro avoided, but ninja stepped the wall and managed to kick his face.

Fro recomposed and feinted. Ninja fell for it.

"That one will leave a scar", Fro thought when he slashed ninja's eye with the shuriken.

No one could hit his chest in a fight. No one except for his best friend. Dom.

They stopped fighting and got to a safe distance from one another.

"It took you a while to find out, Fro". Ninja took off his mask revealing himself to be Dom.

"You wouldn't understand. Do you think you have ambition? You don't know true power." Dom answered.

"i can't believe it..." Fro thought. "My best friend... we spent so many wonderful times together, and now i find out he was with the enemy all along..."

"YOU WERE LIKE A BROTHER TO ME, DOM!" Fro screamed as tears flowed from his angry eyes.

"But i don't have time to get all feelings... I have to attach the hardware!" Fro concluded to himself.

Dom was between him and the main computer. Fro took a look around and grabbed a tankman figurine from the history shelf, throwing him in Dom's direction.

HAPPY NEW YEAR!!! The crowd shouted as the worst year of their lives ended. The fireworks went off. Couples kissed. Tom Fulp hugged his wife and kids.

"Ha! You missed me!" Dom bragged. "The fight is over now. There is no time for you to win. Newgrounds is nothing but a memory in a bunch of white nerdy dudes."

"I wasn't aiming for you." Fro revealed.

Dom turned his head and saw Ruffle hardware properly attached. Fro had thrown the tankman figurine on Ruffle hardware just in the right angle to make it jump off the floor and attach itself to the main PC.

"Nooo! This isn't over, Fro!" Dom started running away and Fro went behind him. They ended up on the roof and Dom jumped off. Fro decided to stay on the roof, for there there was a high technology sniper turret. He spotted Dom running on the courtyard and had a perfect shot. He couldn't do it, though. He couldn't shoot his best friend. Dom got away.