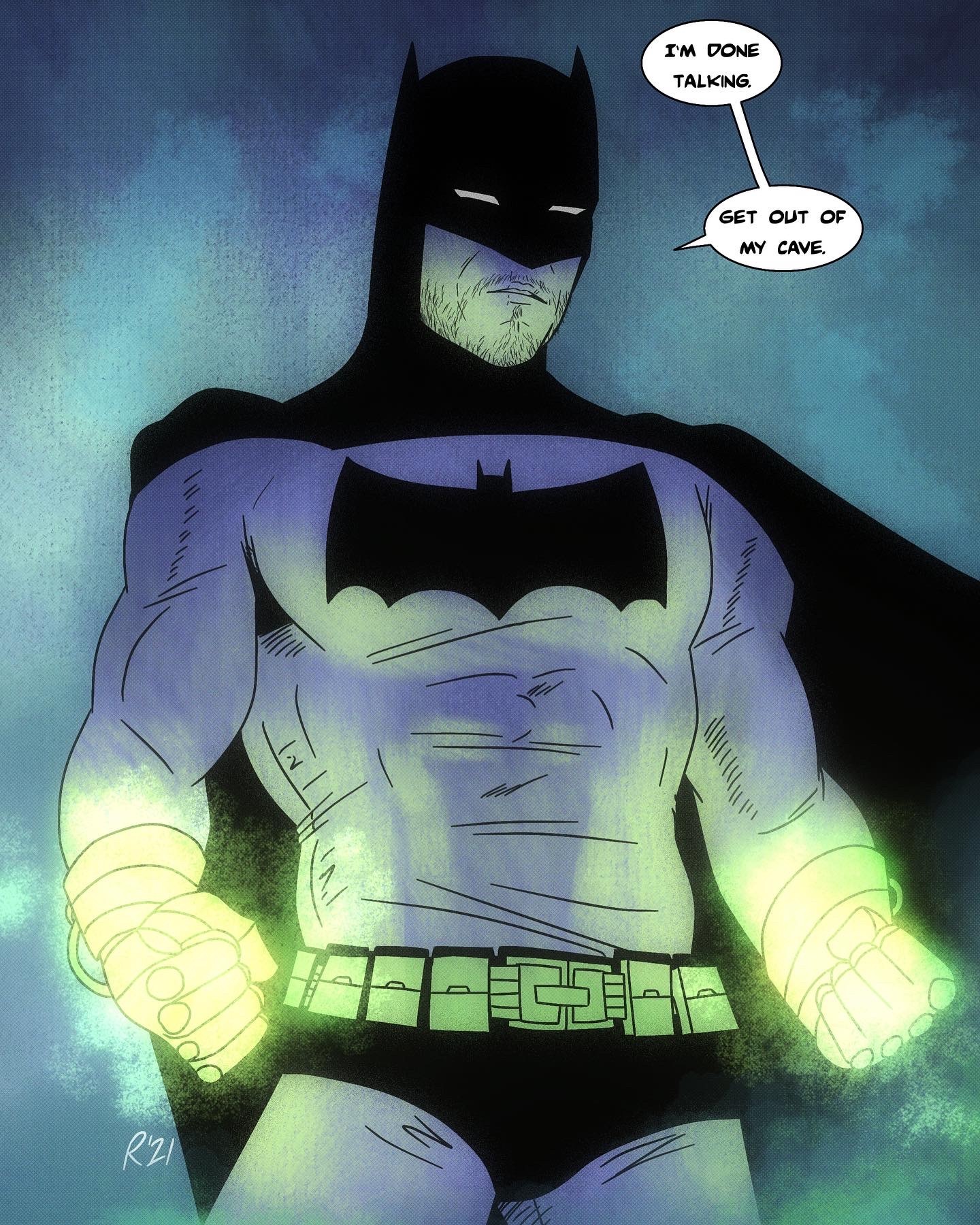 Get Out Of My Cave

Man, now I want to read an entire Batman run with your art.
I think @thepixelizer is right that the anatomy isn’t realistic, but honestly I quite like it and think it works. The Dark Knight Rides again was basically Frank Miller believing his own hype and not understanding his own work, with art and writing that are remarkably poor. It’s style over substance, but your interpretation has much more thought and care put into it. Bruce is clearly a bit past his prime, but still has it. He’s still as muscular as ever, just more bulky than trim. Your lighting is fantastic as always, fully capturing the vibe of Batman being ready to throw down with nothing held back.

Keep up the awesome work!

Looks like Bruce has become consumed by the true grit of Gotham city, now he doesn’t even bother to shave anymore.

Jokes aside the proportions are a bit wonky compared to the build in the mythos and human anatomy in general. His shoulders are a bit less dominant, and arm aren’t nearly as jacked. And his forearms are inhumanly stout, in the fact that they aren’t the same length as his upper arms. Other than that he’s missing his iconic over exaggerated protruding 15 pack gut.(exaggeration of course)

On the flip side the colored lighting is magnificent, you’ve even made the spitting image of the classic 1990’s Batman ticked off wince. And the added detail lines add the grit this city deserves.

Oh well, at least it’s not as weirdly proportioned as the actual drawing. (Dark Knight Strikes Again by Frank Miller)