For the month of January we have disabled ads on all E-M content. We need 165 people to reach our January goal of 3,000 active supporters. If we hit that, we'll continue with a new goal in February! 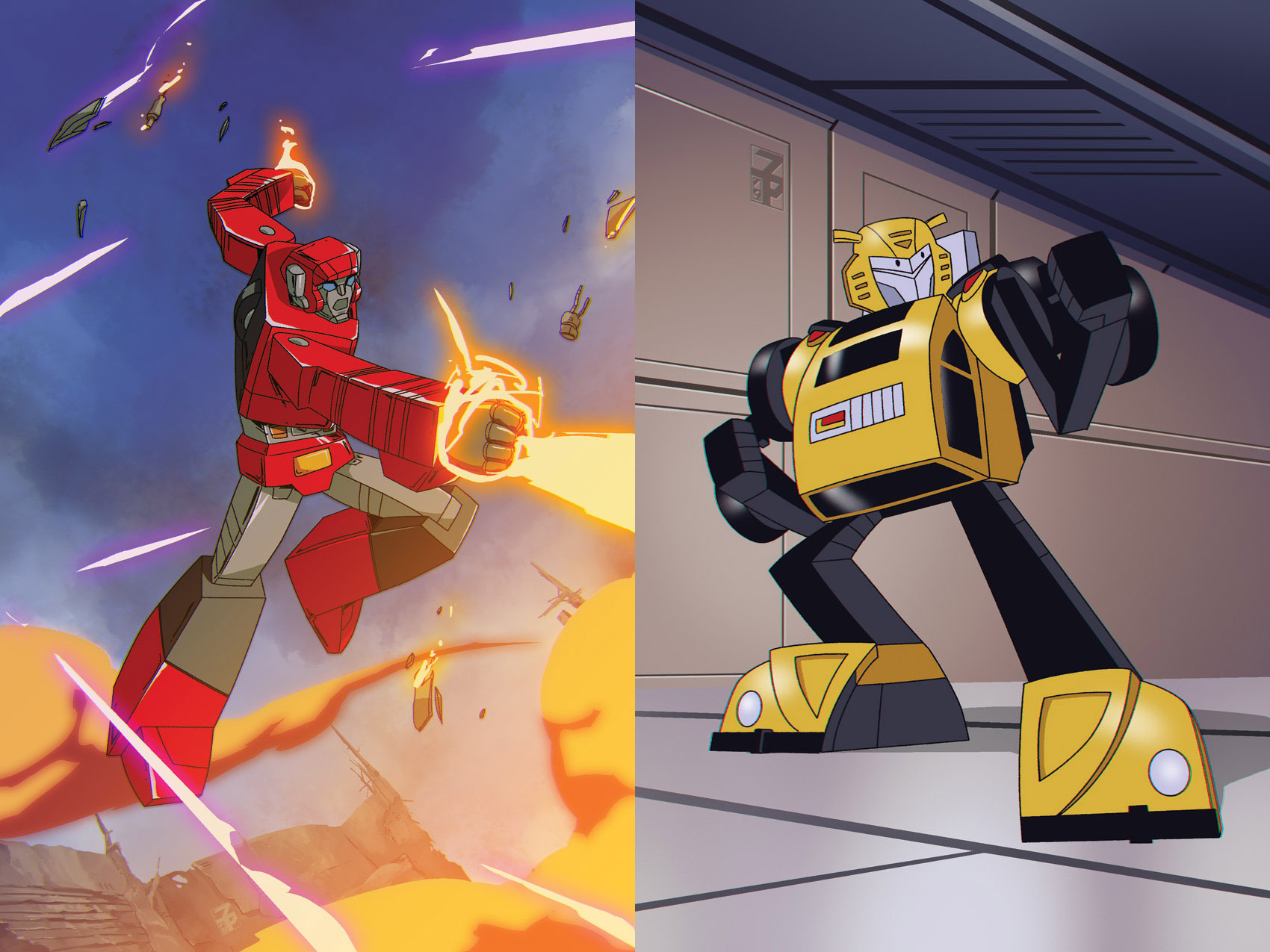 Basically I took the two transforming toy franchise cartoons of the 80s and swapped the styles.

Scooter from "Challenge of the Gobots" is on the left-

Sunbow uses very "heroic", comic-book styled proportions that take a lot of artistic license with the toy's designs to keep silhouettes clean but dynamic. Lots of lasers(I don't know that Scooter had hand lasers, but every Autobot shot a laser pistol so here we are), lots of animation errors lol. I wonder if kids would be scarred if Leader-One had died in The Challenge of the Gobots: The Movie. lol

As an aside, I think Sunbow-styled Transformers wouldn't look accurate to the Japanese Machine Robo series, though. Those designs were also rather toy accurate(but dynamic vs what HB did with the figures), but Sunbow really took a lot of liberties with shrinking down, omitting, and simplifying vehicle mode kibble and shapes.

Bumblebee, form The Transformers, on the right-

Hanna Barbera's work on "Challenge of the Gobots" was VERY cartoony and used simple shapes but was also heavily more toy-accurate on designs than Sunbow was with Transformers. Bumblebee would have definitely kept his toy face- with little eyes added into the visor so kids can see him look around. I don't think he'd have been in the forefront like he was in the original Transformers series- but he'd definitely be a character we'd see often.

Gobots had a lot of incredibly static poses where characters just stood, a lot, with a lot of action scenes being a little slow paced- I wanted to keep that feel in the pose, but it feels a bit more "modern" Hanna Barbera with a bit of a tilt to the pose, whereas I think "classic" HB would have had him just standing and that's it- no low angle.

Not sure what other "competitor" cartoon series this could work with? Gobots and TFs had vastly different studio styles; same with Filmation's Ghostbusters and The Real Ghostbusters. Not sure there are too many other cartoons out there that have that same feel that are two parts of the same coin with different styles.

I was thinking maybe "Captain N: The Game Master" and "The Power Team", but the styles are too similar. Same with ANY series that tried to rival TMNT. It's a tricky one.

This is so dope.