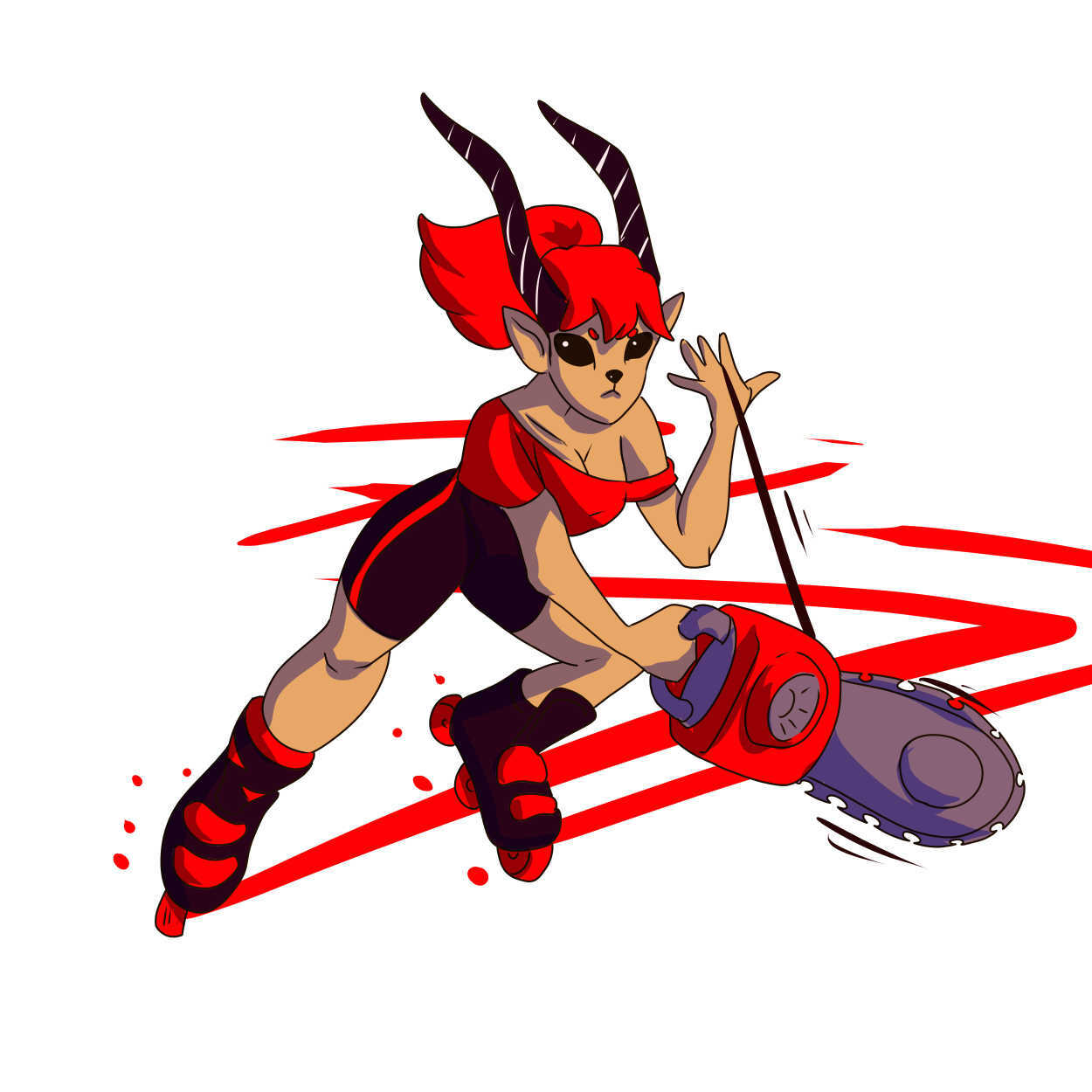 My Hero for @Cubesona and @Oolongearlgrey animation office hours stream.

She a cool skating Gazelle with a chainsaw!

I did *not* know you also practiced drawing and coloring. This looks neat! I'd say that the perspective on the chainsaw's a bit wonkey, which does bother me a bit, since I'm not entirely sure how large/compact it's supposed to be.

However, the shading for both it and that hero character of yours is pretty freakin' sweat, in a simplistic-and-to-the-point kind of way — which I think works perfectly.I like the reds, I like the browns/dark reds,and most important, I love the gazelle-inspired eyes and horns going for her, it really gives her a lightly serious expression that could look preeeetty creepy if she tried.
Nice pose-work, too! I think it works in making her look dynamic (which I assume is the point, 'cause you know, she rollerskates).