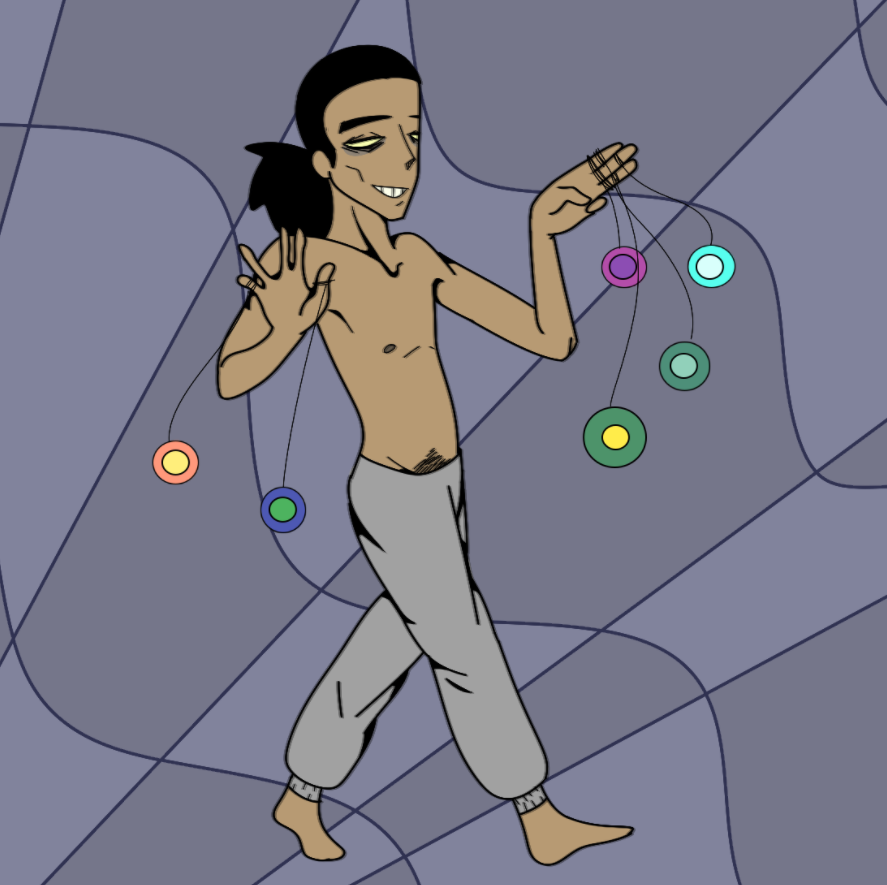 Papi is the second half of the whore- i mean whole... and the twin of Mierda.

Papi is pretty laid back and usually sleeping or watching late night tv while having a smoke. his mental health is so bad he doesn't care about almost anything at all. Even if he's about die, he wouldn't care. "I used to be somebody," he says "but I don't know where that n*gga went."

He doesn't get out much and prefers it to stay that way, but if something needs to be done he'll get it done. He stays to himself and has no interest in anyone else except Puppi Dawg. "People are so sensitive and always wanna get their feelings involved. Gross. People and feelings get in my way. Its a waste of time and in the end someone's gonna get hurt." despite all this he's easily flattered and says teehee.

(he says this only because he's scared of being heartbroken again. all he wants is to be loved)

He lives in a run down apartment complex that was bombed years ago. "I thought it was cool and it kinda suits me. And plus it's free." Not a very good living condition for a child but its not like Papi was poor. He just rented an actual apartment and raised Puppi Dawg there. Puppi is older now and lives with Papi back at the run down apartments.

Papi found Puppi Dawg doorstep in a basket full of blankets, a picture of his biological parents, and the responsibility of an infant. He quickly realized that the conditions he was living in was not fit for a small baby child and he needed to improve himself. Papi had a cocaine addiction but went into rehab shortly after obtaining the responsibility of Puppi Dawg.

This is Puppi Dawg: