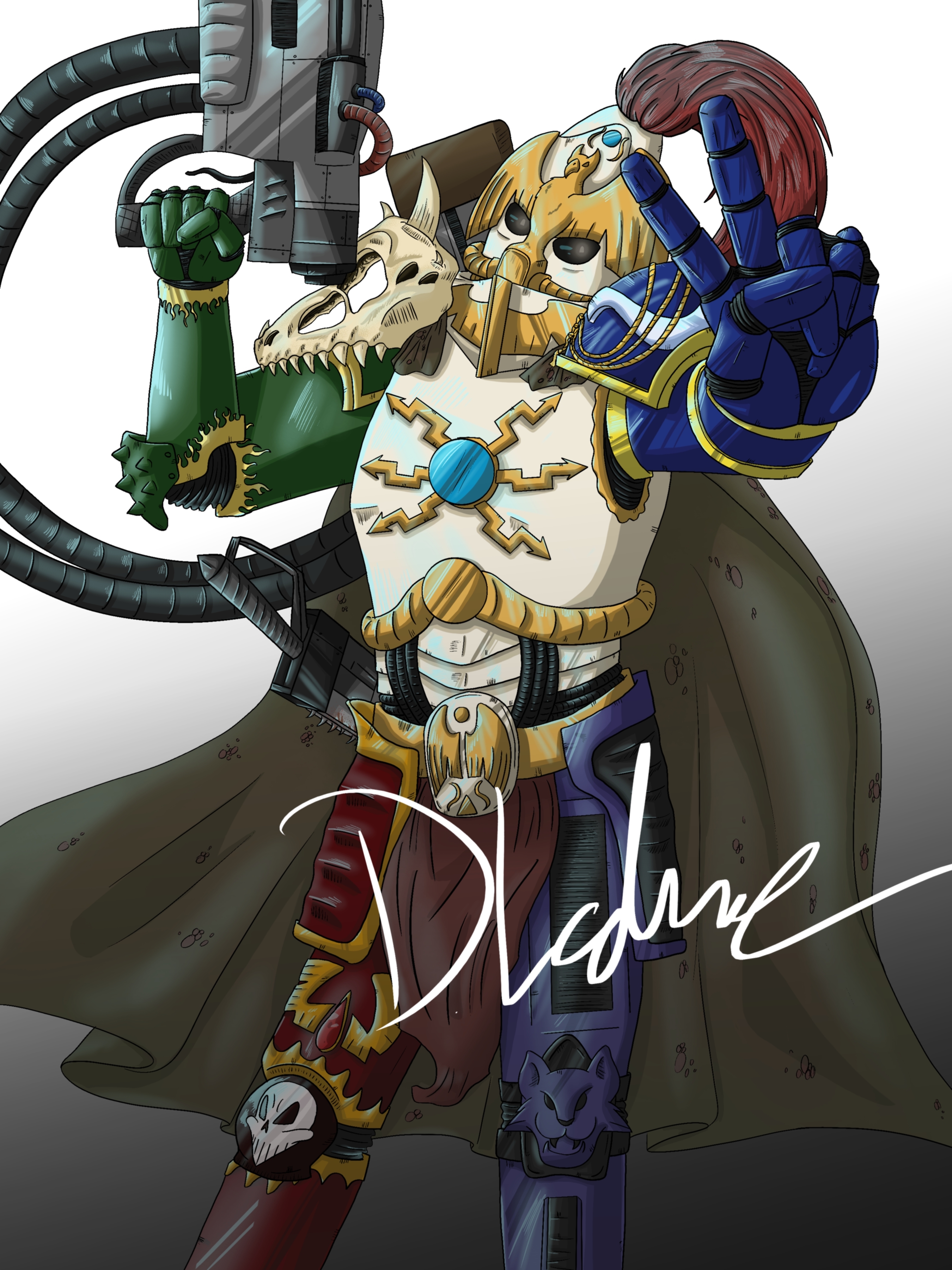 This is Chaz/Chaztiel (don't make jokes while playing an RPG or you'll get stuck with NPCs named Sam and Dean) he's a Custodes donning the armor of the chapters he's aided. He's my character in a TTRPG and is a glorious visage of hope and good in a dark universe. He fights for those who cannot fight for themselves, and tries his best to be an all around good, just, and wholesome person. This is of course hilarious because the other the players were thinking of all of us falling to chaos but my beautiful rainbow boi is to much of a force. It's all in good humor and the vast differences have cause a lot of excellent character moments and growth.

His armor sections are --

If you made it this far, yay. The truth of Chaz is he is not a Custodes he's two squats in a gundam. He started as a joke and just evolved into so much more. This was a secret for so long in the campaign and has finally been revealed. I'm really excited to see where everything goes from here. Hopefully my characters can be forgiven.