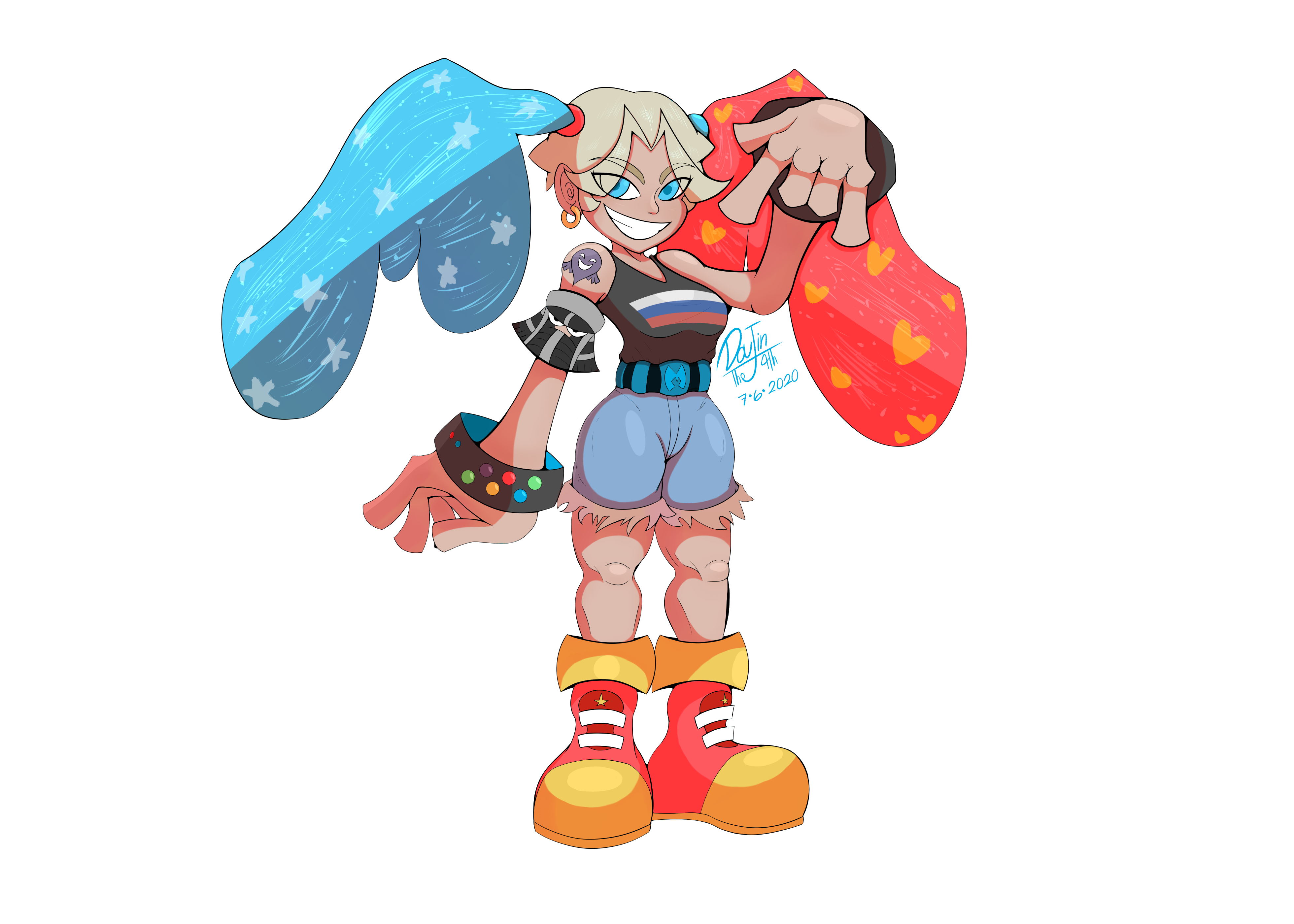 "MAME CHAN" A russian, half-girl, half-slime, arcade geek, time traveler from another reality, uses her time traveling powers to replay her favorite arcade games. "Trio The Punch: Never Forget Me..." is one of her favorites.

She's a character who was made in a twitch stream that I watched by the chat. At first it started out as a meme, but we kept adding stuff to the character, which ended up creating MAME CHAN. This really helped me out to practice on Clip Studio Paint and I also received a lot of advice from a friend of mine and Youtube tutorials.