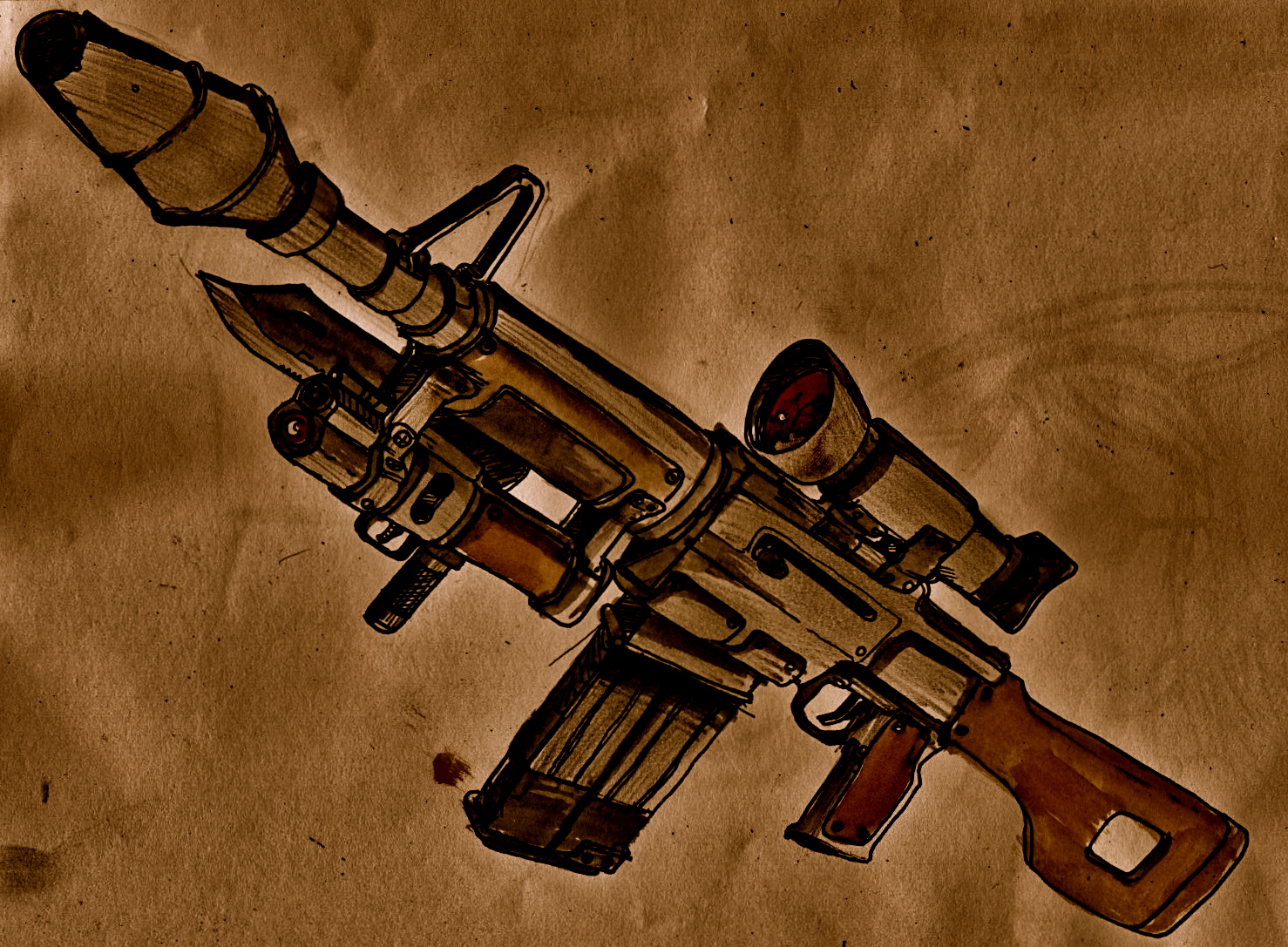 heres another one.
its a stupid gun that i did while waiting for a lift home.
kinda rushed but don't take it seriously i wasn't trying to make it realistic.
i am not that good at guns and cars. :(
oh well practise makes perfect i guess.

its crazy.
but it isnt ridiculous until u add a.... DONUTS MAKING MACHINE!!!!!!

it has one but its detachable

since I'm a dick, I have to point out everything wrong with it. I can't help myself. It's a rocket launcher with the lower and upper receiver of an assault rifle. It even has a magazine! The bayonet doesn't extend past the rocket, making it pointless. And is that thing under the bayonet a grenade launcher? why would you need that on a rocket launcher? Anyways, now that that's out of my system, It was well drawn and looks pretty damn awesome. Going to my favorites.

its not a rocket launcher its just a fucking big barrel. and yes you are a dick

What did i miss?

the fact that it is super cool?

i have a question....can i make a life size replica of this gun?