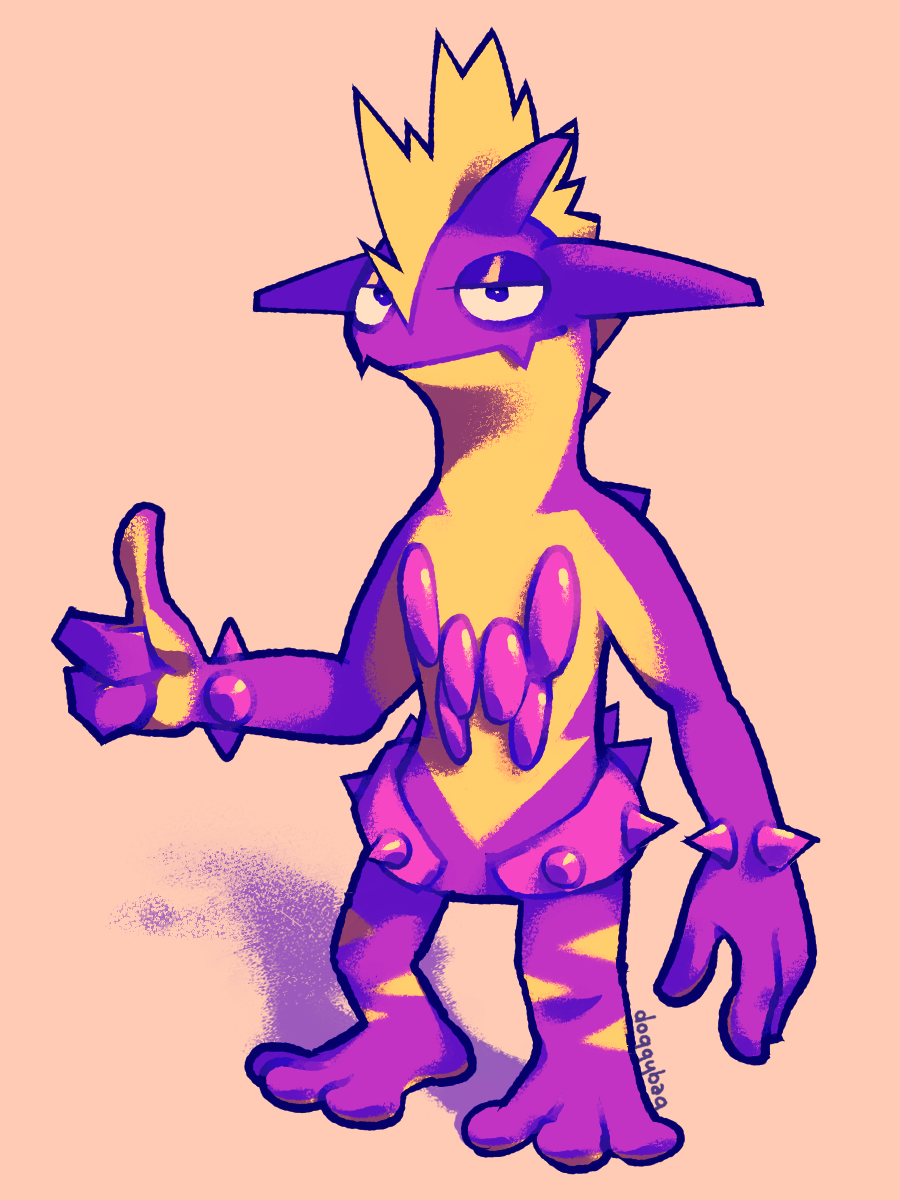 I like this, it's super chill-looking and the pastels are pleasant.

I like this alot.
It's like Spyro's older brother rand off and and joined one of the weirder Sonic games from the dream cast era.
He looks like he would be part of Vector's crew (I had to google vector's name, but I still feel right in the refrence)
He also kinda looks like a crash bandicoot character version of "Grimace" from the McDonalds Canon.
The yellow purple balance is so xtreme, and the random spikes and hip guards are crazy.
The chest plate is something I feel like I have seen on lizard scaling, it's so odd.
He a cool guy, that is aggressively over designed, and I love it.
Thank you for making this.

PS (Googled it to do "due dilgence", as I had been reacting as if this was an OC, and said aloud "aw shit" it's a pokemon" but decided to leave my mad ramblings of affection in place, and it's amazing)

i love this stile

I don't know what that is, aside from a radical lizard, but he seems pretty chill and his colors make it feel like my eyes are dilating when I look directly at him.