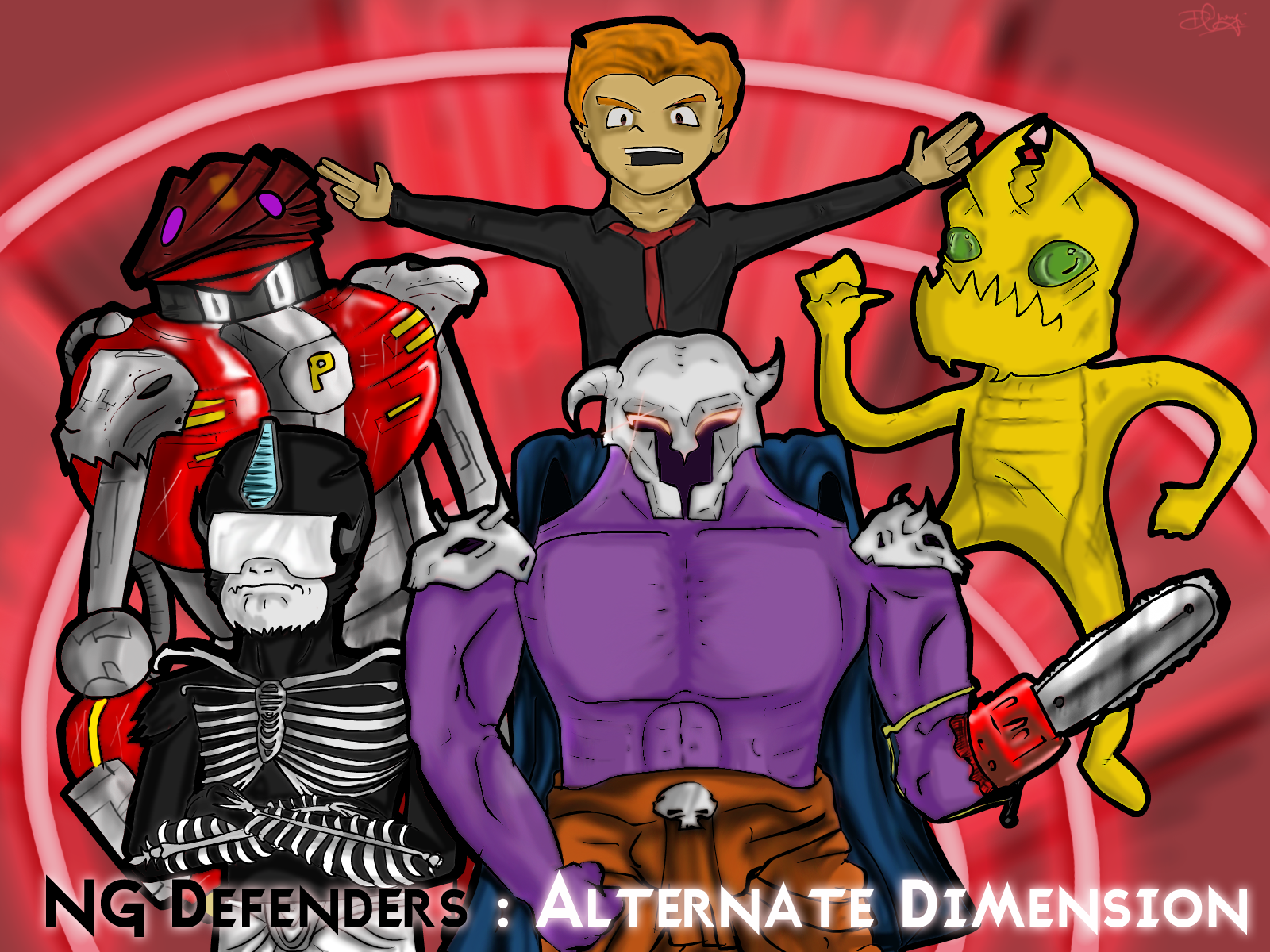 NG portal Defenders in Alternate dimension .
Compilation of many Ideas ! :)

My Entry for Sabtastic's #Picollage collab.
Well , @Sabtastic said that she'll put my name to the wait list !
And I thought I should make something and let her judge my submission !
So here it is ! I combined many ideas , added Indian and horror elements in costumes.
And it turned out well ! Wooooh !

This looks pretty cool! I feel like I should be recognizing more character costumes but hmm... that Dad n Me character definitely feels familiar! ;) Slick lines and detailed shading, and a nice portal in the background, though feels like some character's missing on that right side, bu the alien, guess the way Pico raises him arms and how characters are spaced to each side seems to call for symmetry there. Overall: looking good!

good you should design a portal

This is a pretty serious looking alternate dimension. Dad looks like an enemy from God of War, Tank Man looks like a skeleton/biker, Alien guy looks a lot more like a scary alien (though, no offense, it kind of looks like someone's wearing a realistic alien suit, as the lines on his chest don't seem to pop out), P-Bots wearing a turban (I think), and Pico's wearing a business suit as a sort of commander? Definitely not what I was expecting and certainly different! I'd suggest making Pico's black suit green because I didn't recognize who you were going for at first, but that's just my opinion. Is Dad wearing a blue cape? (I can't tell if it is a cape or a blue platform for Pico to stand to stand on).

Still, the detail and shading you put into this is great for the most part. The alien just needs a little work. I like the background as well; very ominous portal kind of thing. I really hope you get chosen for the collab. Good luck!