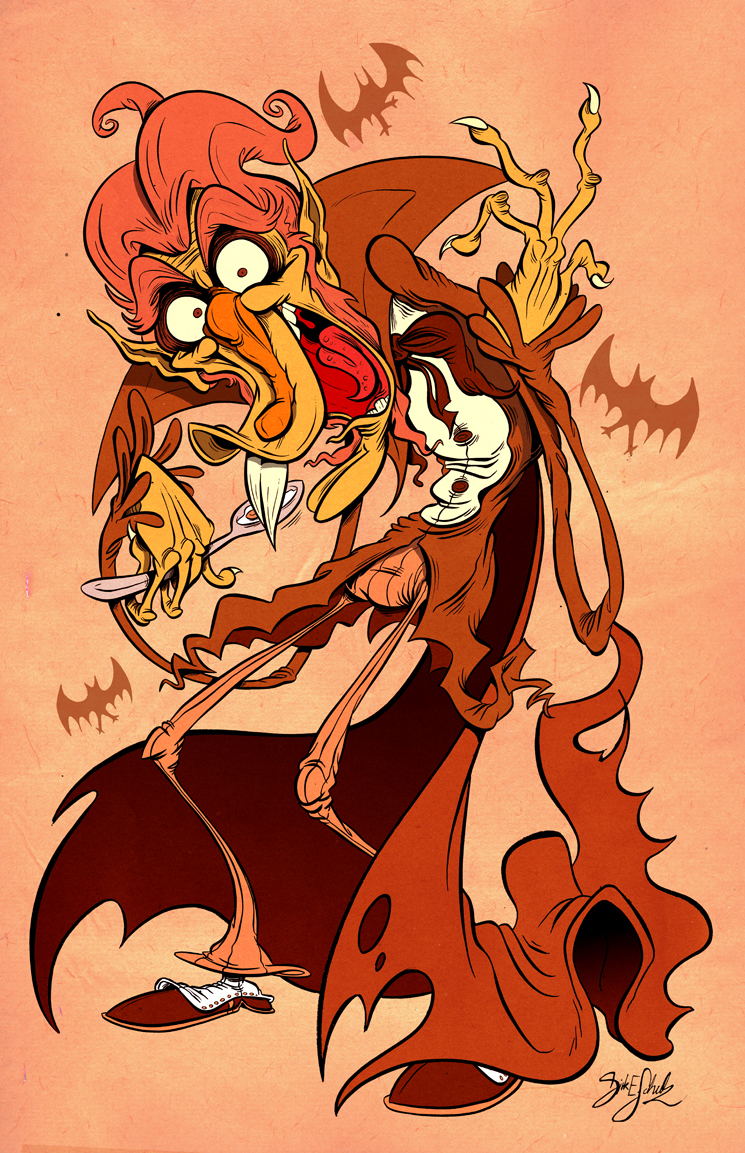 I love your style!

I haven't had this in a while.

I can't comment on the ceral, for I haven't had it in like, 9 years or something. But this DEFINATELY should e on all the new boxes!

A hit-and-miss deviation from a classic

The third (and presumably last) installment in the General Mills monster-themed cereals, this interpretation of Count Chocula, perhaps the most easily recognized of the three, has twisted his image to an almost unrecognizable state. Schulz's previous projects portraying Frankenberry and Booberry stayed true to their original image, finding a middleground between their classic depictions and Schulz's amazing cartoon style. However, I feel that with Count Chocula, Schulz chose to alter too many defining characteristics of the cereal mascot, most notably the facial features.

While the atire again is able to find that balance between old and new, the elongated, gnarled ears, the pronounced upper lip and nose, and the twisting mane of hair come across as strange, and do, in fact, give him the appearance of an entirely new entity; perhaps even a werewolf. Maybe it was simply the choice to make his hair lighter than I am used to, but it seems like a strange addition.

Schulz does not fail to astound me with his amazing artistic style as he always does, and I can honestly say that I appreciate the form, both in terms of the intricate details and the piece as a whole, and I applaud him for his meticulous work and determination. But it must be stated that, while most people say "third time's a charm", I don't believe this one stands up to the previous two.