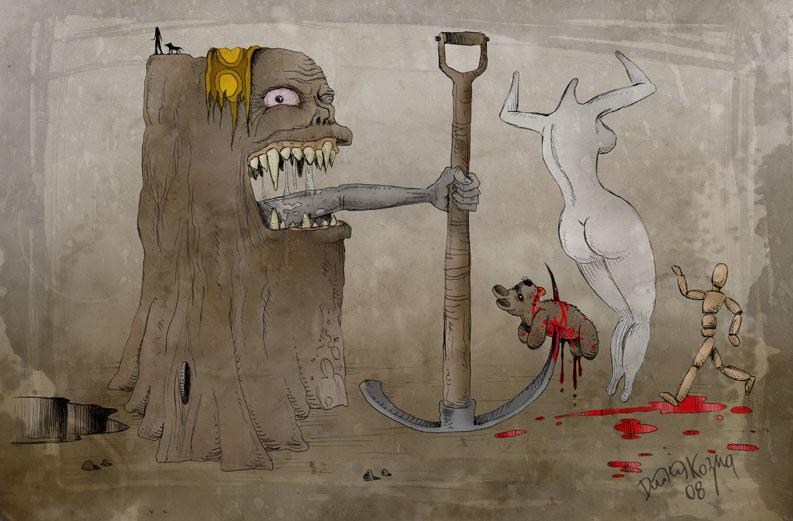 Its like a monster tree trunk with schizophrenia or something

I like it. I don't like how the other comments are just saying "good job" or "that's messed up" and not going into detail about it. The first thing that I noticed was the dog/teddy bear, which, at first looks innocent, but then if you look at its face, it has an ugly, seemingly malicious face.

The second thing, was the wooden model doll walking in the bottom right, as if nothing was wrong, if this was to be a symbol for anything, I think it would be for the general population being blind to the problems the world has. I think the womanly figure is showing that people obsess over sex, I'm not sure though.

Finally, the tiny figures on top of the tree trunk, which I love, because it seems to show that everybody has no idea what the big picture is, and shows how small everyone really is, compared to the rest of the world.

NICE. Albeit effed up.

yo that good i think or some what creepy