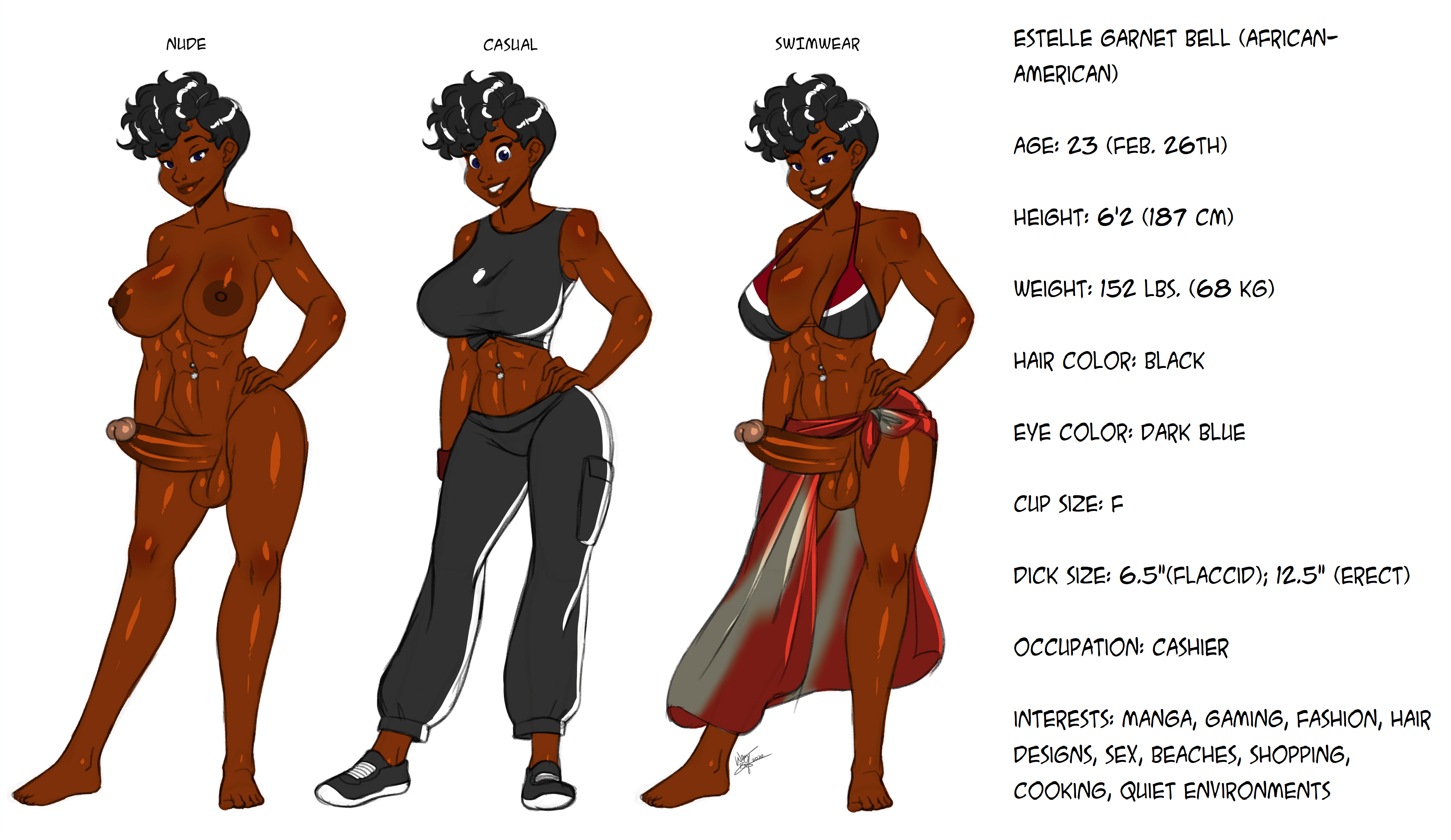 Loyal and strong, Estelle Garnet Bell is born futanari, the older daughter of a single mother and well-renowned female barber Iris Bell (nee Jackson), the older sister of Gina, the second younger cousin of Diantha, and niece of grill cook Duncan, Iris' older brother. Estelle also works as a well-renowned, part-time cashier at GameStop with her sister. She, Gina and her cousin Diantha are old childhood friends with Mei and her younger brother Yang and their cousin Jun.

Estelle is a quiet person and doesn't talk much, unlike Gina, but quite loyal to her sister and mother, as well as her older cousin Diantha. Estelle's favorite foods are triple cheeseburgers, strawberry-banana yogurt, cheese pizza, and shrimp alfredo pasta, while her favorite beverages include Coca-Cola, lemonade (of any kind), and strawberry banana smoothie. She sometimes a rival to her cousin Diantha and her sister's girlfriend Jennifer when it comes to racing and fighting video games.

Estelle is also one of the few family members to know Diantha’s “twin appendages”, result of a unusual genetic mutation. Estelle and her younger sister Gina help their older cousin Diantha with her sexual urges in secret sometimes. She also had sexual actions with her younger sister, though both their curious mother Iris and Gina's girlfriend Jennifer (who had friendly terms with Estelle) were aware of this.