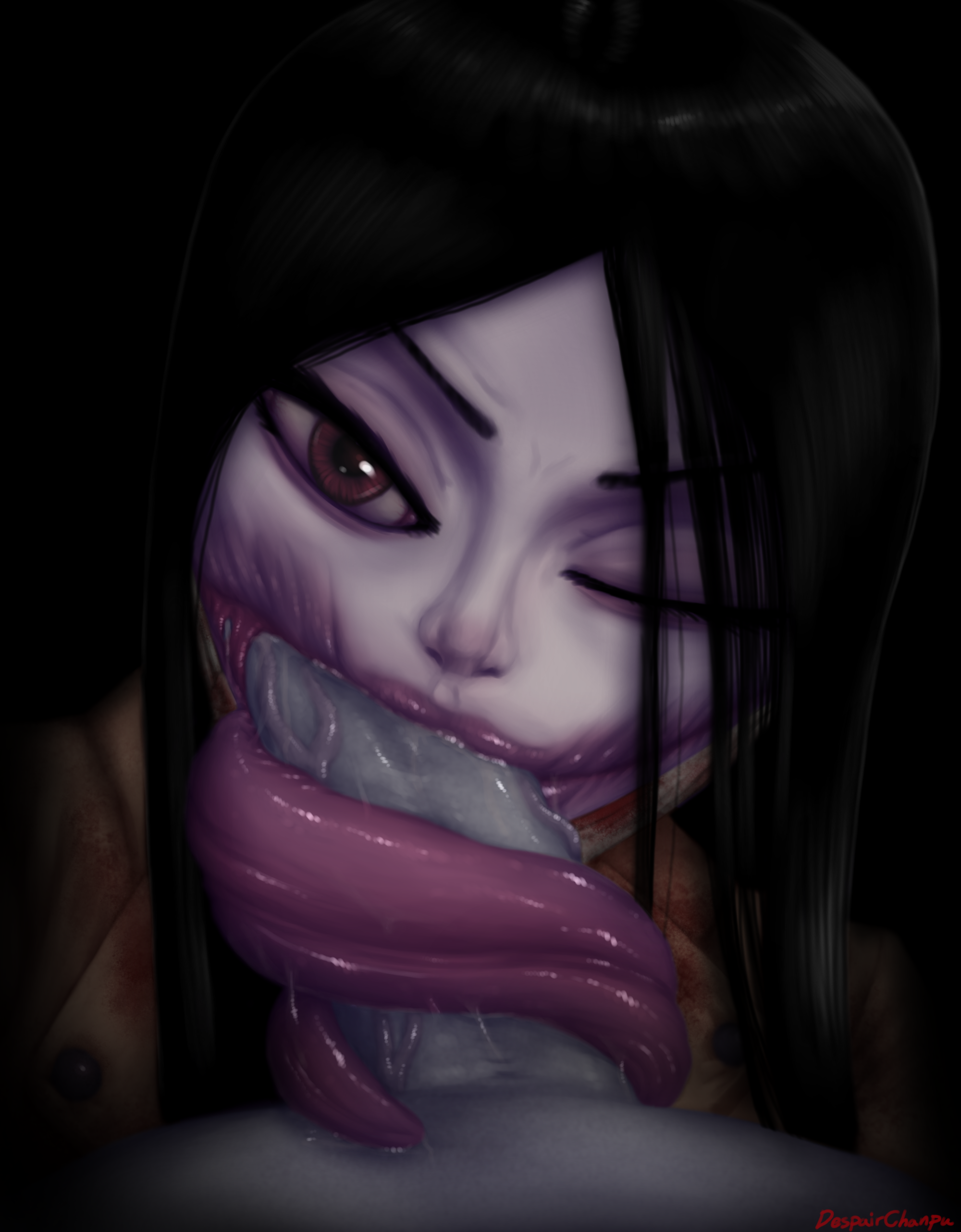 When I said that I might be a bit early with my Spooktober posts on Twitter, I thought it would probably be like two days ahead at most. Wasn't actually supposed to draw this, ended up going with it anyways and finished it in two days.

I noticed while drawing this that the last two of my BJ drawings also have the whole long tongue coil thingy going on. It's not a fetish thing (I'd have no problem admitting if it was), I guess it's just really fun to draw.

In retrospective, I should've made her look spookier, probably drawn her without the jacket and maybe even holding a pair of scissors. This version looks kinda cute compared to my reference material.

There might be more OC later based on urban legends.