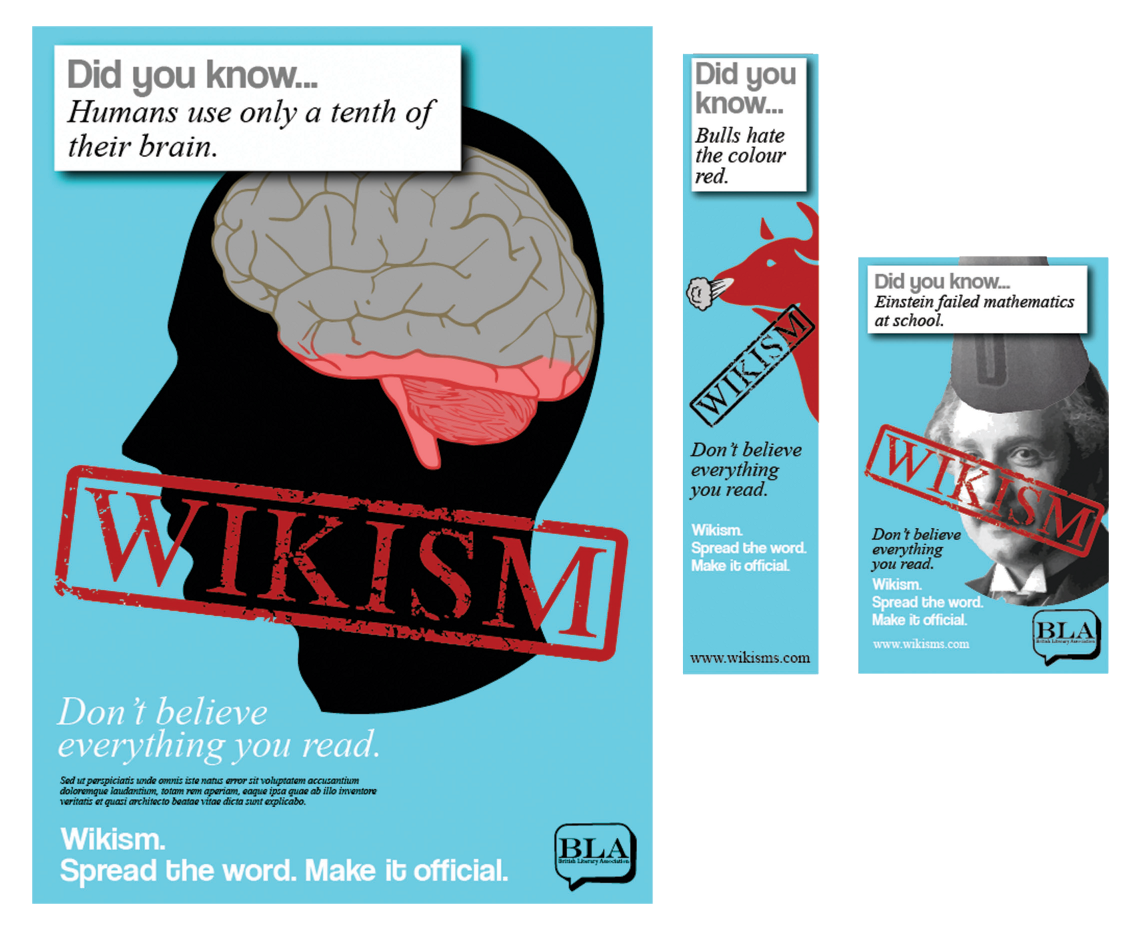 This one was to create a campaign to get a word officially added to the dictionary. I chose the word "Wikism", a piece of information that is commonly believed but has no scientific evidence or is poorly referenced.

My campaign consisted of (from left to right) an A4 press ad, a bookmark to be handed out at libraries and a web ad.

Any feedback will be welcomed.