For the month of February we have disabled ads on all E-M content. We need 206 people to reach our goal of 3,100 active supporters. If we hit that, we'll continue with a new goal in March! 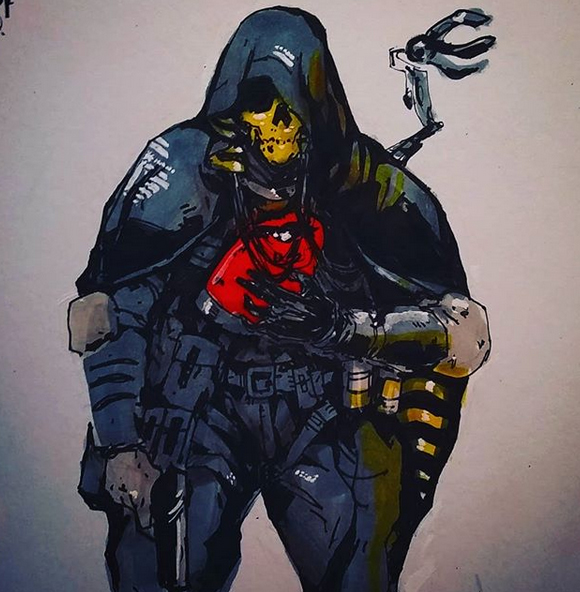 Kojima announced the release date for Death Stranding, so I wiped up some fan art to celebrate.

It's almost like he is making this game for me personally :O

This is totally rad man! I dig it!

It is Hideo Kojima. He's one of the worlds best game developers and sol creator of the MGS Franchise. It still pisses me off that Konami fired him and took his rights to his series and let's not forget the fact that he wasn't invited to even receive his very own award for MGSV. Nonetheless he still worked on a new game and 4 months of production by himself before gaining some trustworthy partners along the way came the birth of Death Stranding. Some people say it's gonna bomb because of the game mechanics but Kojima never fails to impress us and his reputation proceeds him. Aside from game talk this is such an awesome piece and tribute to Hideo's new upcoming game. I love the style you did this and the shading is near perfection. 5/5

How did I not see the connection until now...