For the month of February we have disabled ads on all E-M content. We need 217 people to reach our goal of 3,100 active supporters. If we hit that, we'll continue with a new goal in March! 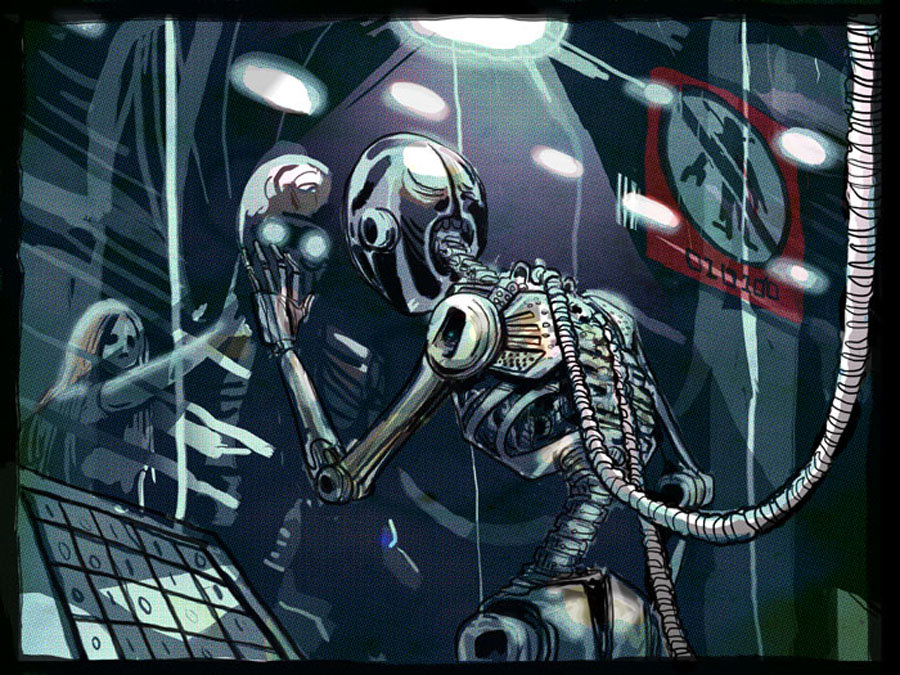 My submission for Robot Day 2011

Robot Day has given us some great artwork. It's awesome to look back and see all of the great things we have to thank for this. The best part about this picture is how strongly you put the emotion in. It makes you seem like the robot is trying to connect with the girl on the other side of the window. I'm not even sure how they would, but it's quite well done. It makes it seem like the girl is another version of the robot. It doesn't even look much like a robot here, more of a human skeleton!

With that being said, it was great how you put so much style into the robot's skeletonic appearance. I can see a sign or something that says no robots allowed. Seeing as how the robot is on one side, I'm guessing that's supposed to be on the other side of the window frame. It seems like it has sort of a brain. I like how there's all those zeroes and ones on screen.

When i first looked at this i didn't understand why the robot was there looking at its reflection, till i looked harder and realised its more like a prisoner in its own world and the girl feels its pain...

i saw this way back in the art forum

and i totally knew this was gonna get frontpaged, i mean, i practically am that robot. and i think a lot of people feel like it

Is sadly, powerfull and a bit strange, I like this kinda art that u made =)