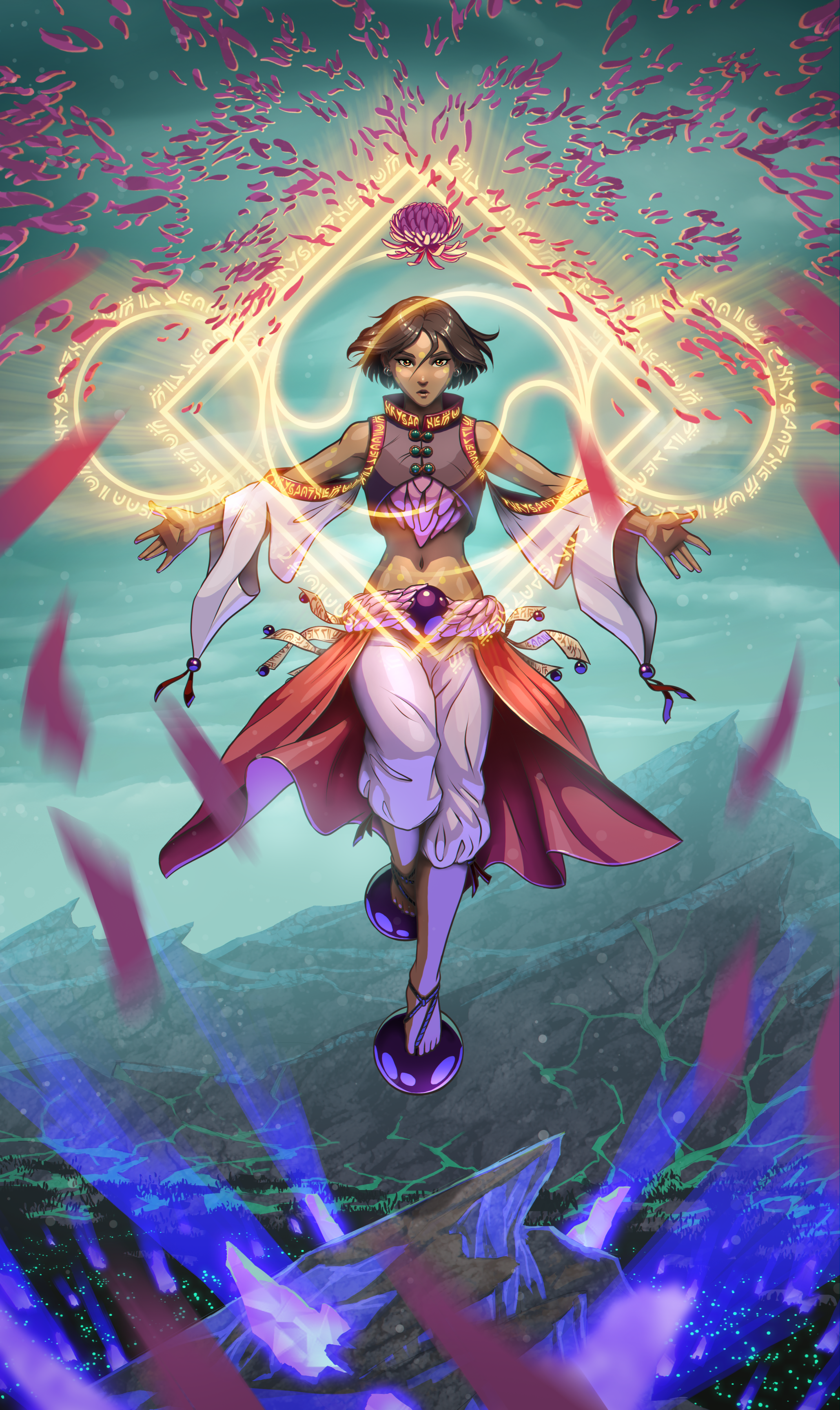 The Priestess (with poem)

This was a commission/collab with my buddy ZedEdge (https://twitter.com/ZedEdge, https://www.patreon.com/ZedEdge/) that we made to go with this poem I wrote back in April:

The millennium chrysanthemum in the crystalline forest

For one thousand years now the flower's held back the tempest

Petrified soldiers, demons from the deep

All that lives dies, what's above falls below

But Hades was impatient, the process, too slow

His minions were summoned to the great royal hall

He told them, "Go forth my legions, and cull them all."

Emerged from the earth, bedrock was torn

No army could stop them, and no army was there

Only one single priestess, swept by crackling air

"This isn't your world," she said. "It will be," they answered

"This is your warning," she glared, "Return to your master."

The beasts spoke again, their voices one sound

"We do not fear you. You are mortal. You are nothing."

"Another mistake," she closed her eyes, "You'll pay with your suffering."

With unmatchable speed and undoubtable grace

Symbols appeared, coalesced, the sky glowed with her power

And she produced from the air a delicate flower

Laughter again, "Do you mean to propose?

We expected a weapon, not some harmless rose!"

The priestess then whispered, and the flower petals listened

They flew from her hand, they spun and they glistened

"Harmless? Maybe. It won't hurt you, not really.

But eons from now, you would welcome the feeling."

"Oh, we won't hurt you either," the creatures replied

"We'll kill you so quickly, you won't know you died!"

The demons sprang forward, the banter was over

Then just as suddenly, they stopped, claws stretching toward her

Crystals were forming, from the ground, climbing upward

It wasn't long before all their bodies were covered

Every demon was frozen, and the battle was forfeit

Their failure forever captured in a crystalline portrait

The flower, a chrysanthemum, symbol of death

Descended and rooted, amid its conquest

The priestess smiled and shrugged, "I warned you, don't blame me."

Now one thousand years later, not one demon broke free

And if you should visit this site as a curious tourist

You may even see her, unaged, still admiring her forest

But what of Hades? Well, he learned two things from this mess

I'm totally honored to have helped bring this into a visual medium. Your poem was inspiration a plenty to make it come together with ease. :)