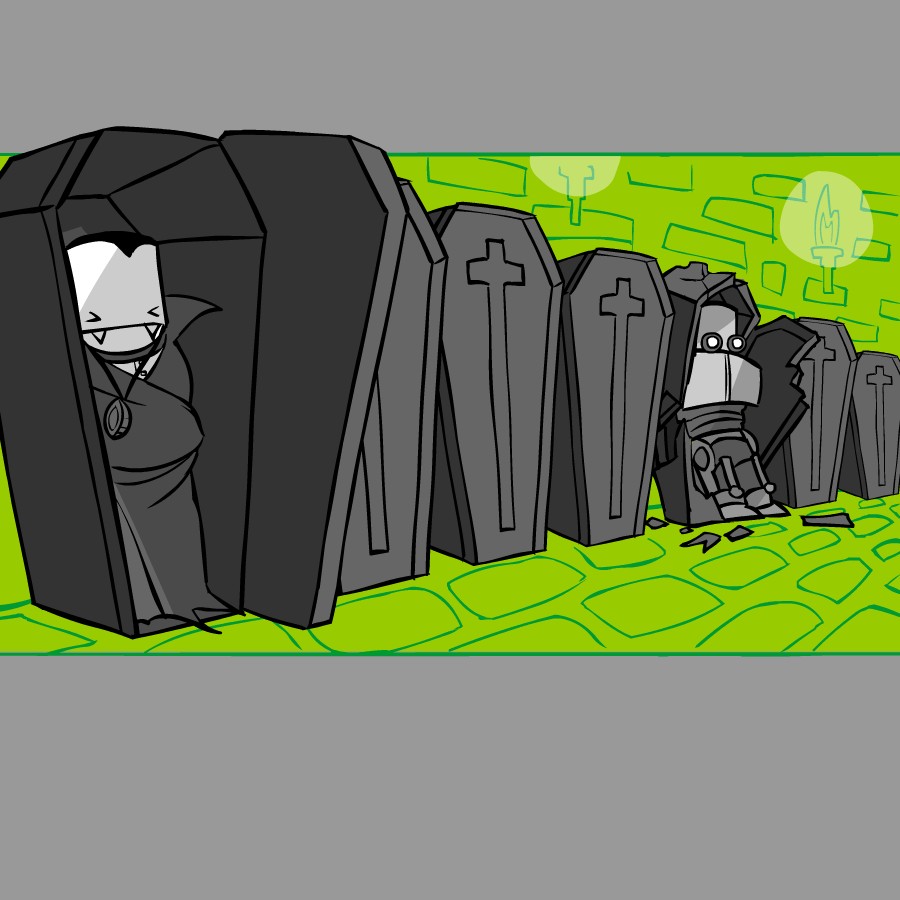 made this for the band "Forgetter" for interior album art

You make this look too easy the simple "DESIGN" is more complex then people gather and I like the simplistic design of this whole piece the idea of a vampire robot is pretty interesting and would make for a nice comic haha I know I keep mentioning comics but anyways keep up the great work.

~~SUGGESTED IDEAS~~
no changes here it was fantastic

I think the notion of a robot vampire even existing is funny. I do kind of wish this had some action in it. Now that I think about it, I guess being a robot probably wouldn't create THAT much of a conflict with also being a vampire. It's just weird to imagine robots sucking blood. I like how the regular robot has that flathead design. Come to think of it, most of your designs are like that.

I guess it's just more notable here in that there isn't a lot of detail in his hair. It's a strange atmosphere you've created, with how everything is green. I hope this did well with that band you were talking about. You probably could have done without it being shown in "widescreen" though. I like how the robot just crashes through his coffin.

And I thought killing a vampire was hard enough.

i look up to u ur my art thing... hero thats the word i even have some of your art styles on my page u should check it out