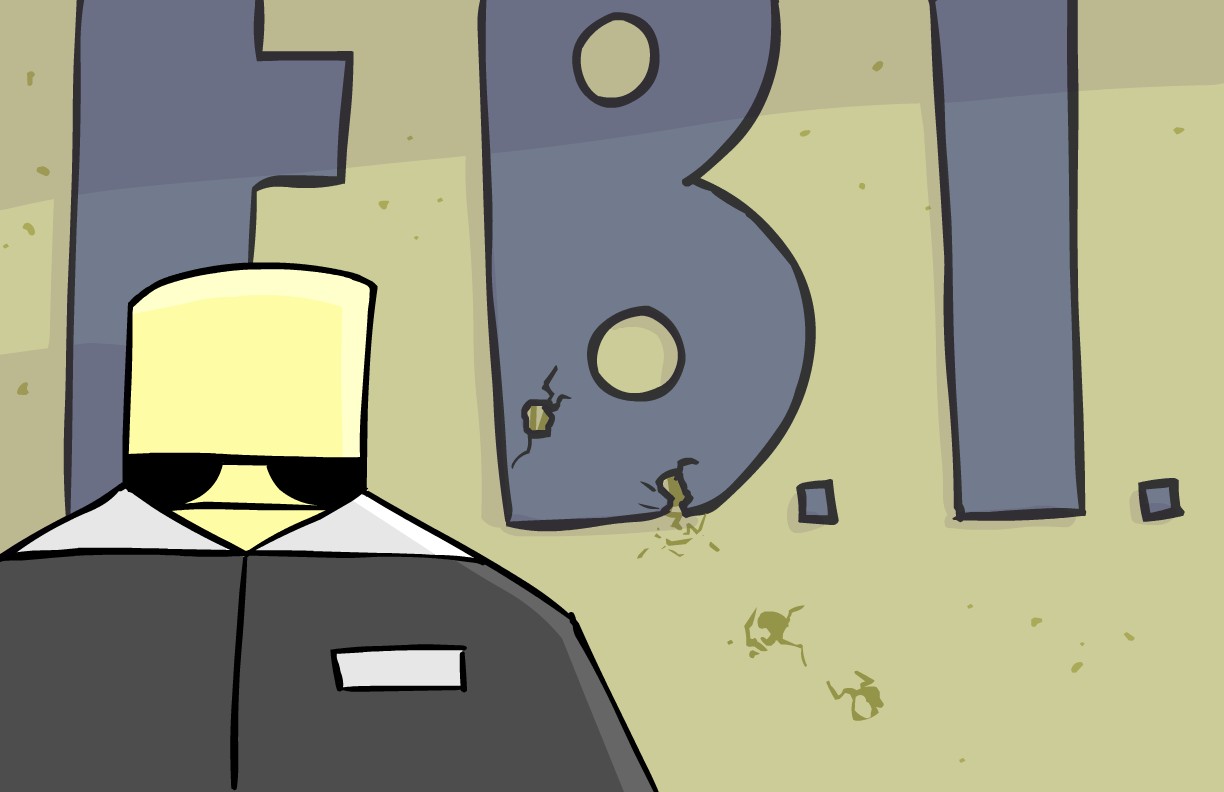 ~~THINGS TO IMPROVE ON~~
A few things mentioned

I love this style of drawing, how details are replaced by colour, and your character designs are always so lovely. A very nice, simply detailed picture that I could see on a T-shirt. Nice job!

I kind of thought this was one of your lesser drawings. It may be because it's just a generic picture of an FBI agent. The coolest thing about it was probably the four gunshots next to him. It just seems like something that would be better done if it was shown in the actual game itself. Still, I have to give you credit for making a nice picture. It's not dirty or sloppy or anything.

I like how you got in some good shadow effects. What is there is pretty well done. Everything seems quite symmetrical which you always want to do in artwork. It appears as though he's in a tall building. That's what the shadows seem to indicate.