For the month of January we have disabled ads on all E-M content. We need 168 people to reach our January goal of 3,000 active supporters. If we hit that, we'll continue with a new goal in February! 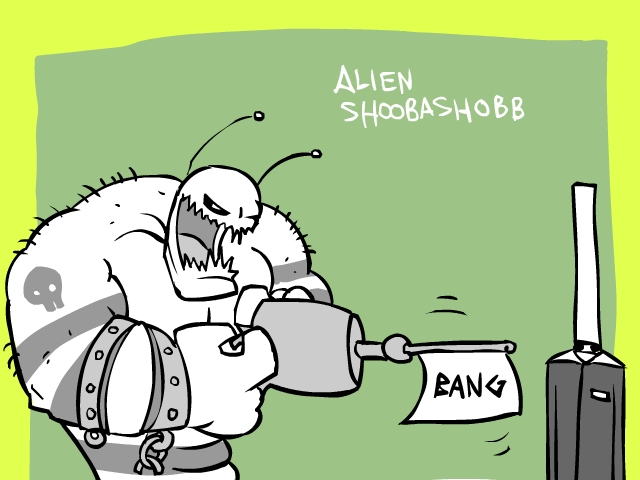 So here was another great piece of nice "ART" and some funny "HUMOR" here too, was really nice work here and I liked it so nice job here really would love to see a full fledged web comic from your design and characters, anyways nice work here, make more soon.

this should be in a coloring book!

Woah, this is one weird picture. I can't help but think this guy appeared in one of the Alien Hominid games. Then again, seeing as how popular you are with games, I pretty much assume that any character represented through your work showed up in one of your games. I like how cartoonish this picture is. It's one of the better recent ones you've made. Well, technically, all of your submissions were made on the same day.

The funniest bit is probably how freakishly big that guy's forehead is. It's like the giraffe equivalent of a forehead. I thought the alien was standing next to a flat screen computer at first! I think this is the first time I recall one of the alien guys actually having hair. It's nice to see a cartoony gag like this too.