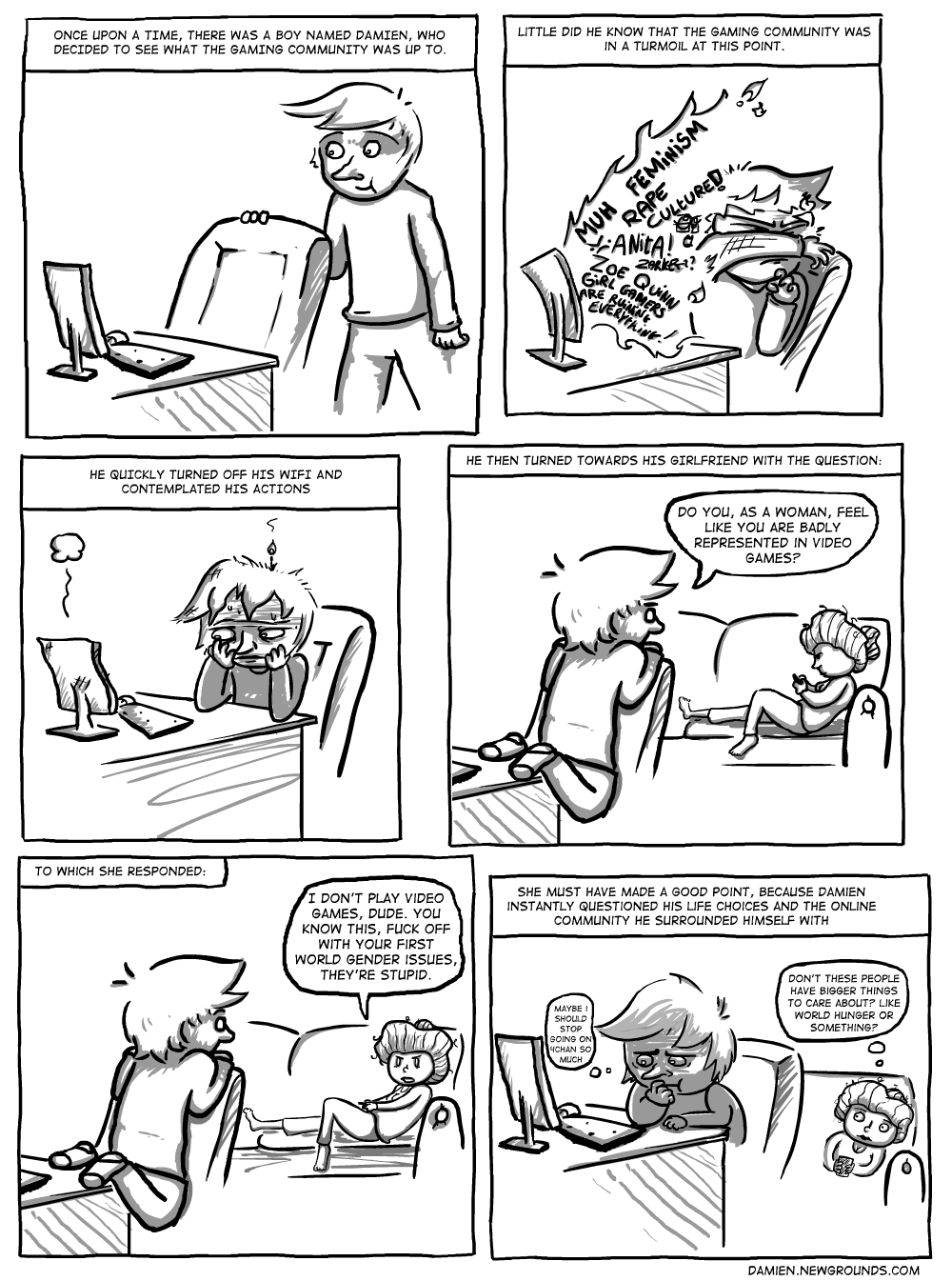 This is a bit dated by now, but I came up with the idea a few weeks ago and only now got around of making it. I still think it's a nice recap of what happened.

Even though most of you probably have no idea what went on, it can still be applied to a lot of bigger things that are going on in the gaming industry.

Its well done and fitting to the situation.
I still have yet to see one that covers the end of the "feminism wars" that hit Smite, where they were petitioned by religious communities to make goddesses with less sex appeal which is funny as many of the ones who were changed have a much worse depiction by those religions themselves. So in this case it caused change in something which turned out to be incorrect and shows misrepresentation of religions themselves.